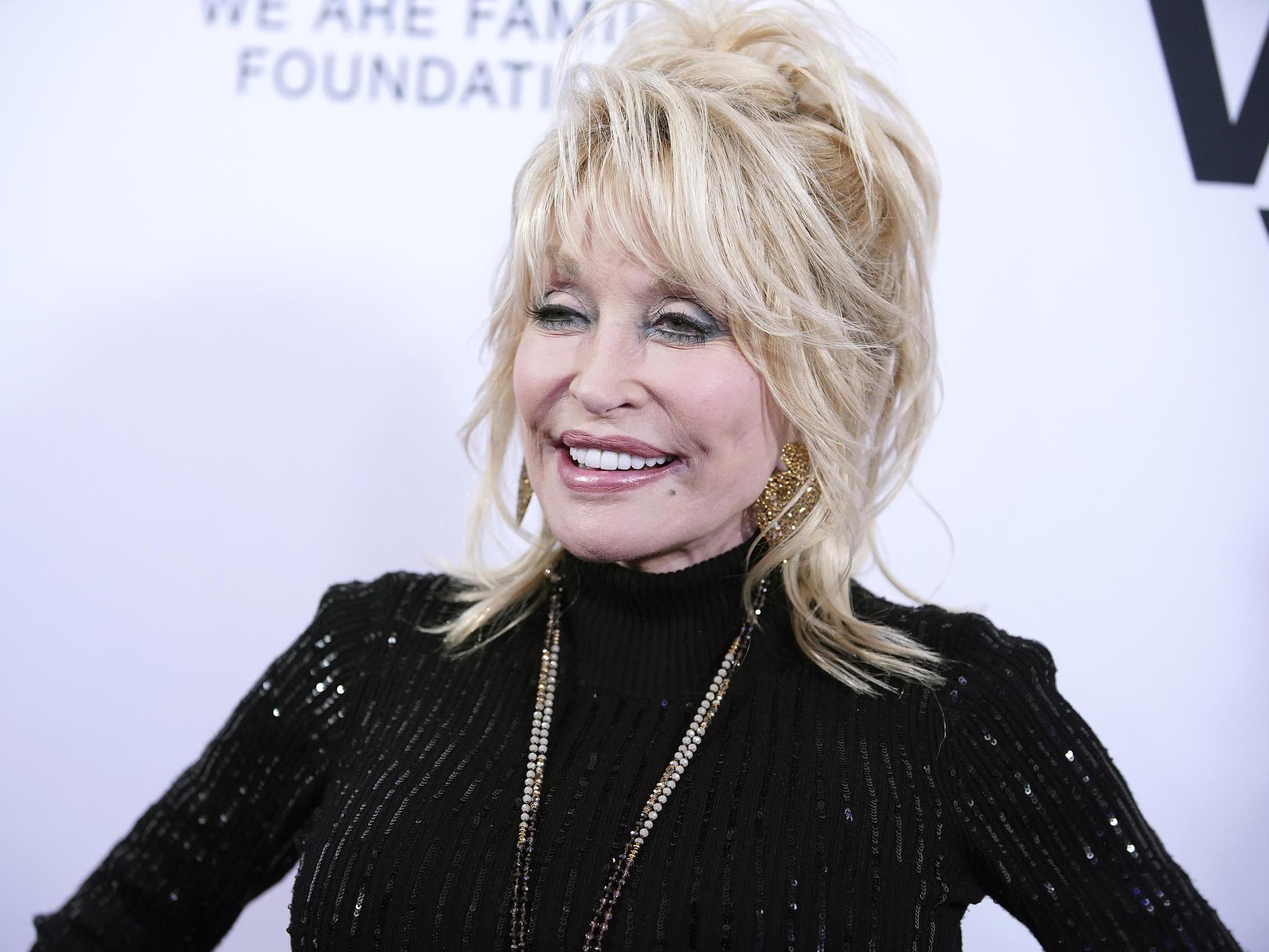 Dolly Parton has been memorialised in Nashville with a mural paying tribute to the singer and her recent support for the Black Lives Matter movement.

Last week, the country music superstar made headlines as she voiced her support for the wave of anti-racism and anti-police brutality protests that had occurred across the world in the wake of the killing of George Floyd.

“I understand people having to make themselves known and felt and seen,” Parton said. “Of course, Black lives matter. Do we think our little white asses are the only ones that matter? No!”

In response, artist Kim Radford, who is based in Nashville in Parton’s home state of Tennessee, created a new mural in tribute to the “Jolene” singer outside the legendary music venue The 5 Spot.

Titled “Queen of Country”, the painting sees Parton dressed in red and surrounded by vibrant flowers and butterflies, with the words “Of course Black Lives Matter” painted at the top.

It was completed on 14 August, with Radford telling CNN: “The day before I finished the mural, Dolly had an amazing press release about her upcoming Christmas album and her interview with Billboard.

“As I painted the final touches I knew her sassy loving quote, ‘Of course Black lives matter. Do we think our little White asses are the only ones that matter?’ would be a perfect finish. This piece was a passion project and the timing was a happy accident coinciding with her press.”

During the interview, Parton, 74, also explained her decision in 2018 to rename her Civil War-themed dinner attraction from “Dixie Stampede” to “Dolly Parton’s Stampede”.

“When they said ‘Dixie’ was an offensive word, I thought, ‘Well, I don’t want to offend anybody. This is a business. We’ll just call it The Stampede,” she said.

“As soon as you realise that [something] is a problem, you should fix it. Don’t be a dumbass. That’s where my heart is. I would never dream of hurting anybody on purpose.”

Tell us what you think about the documentary The Beatles: Get Back