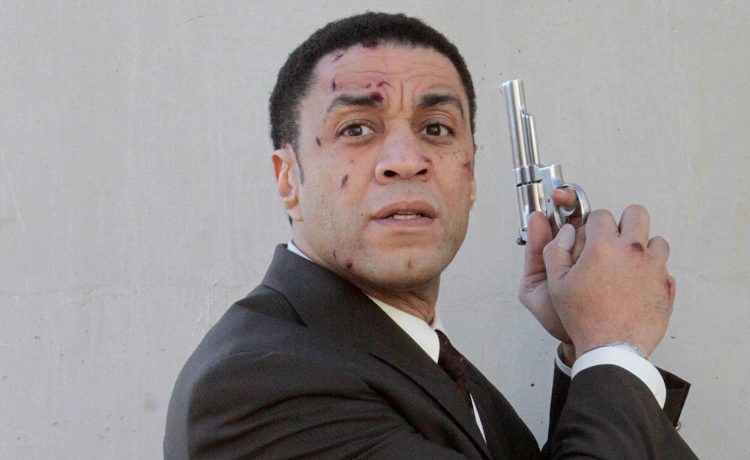 “Joss Whedon was like, ‘By the way, you’re the bad guy.’ I knew that like three episodes from the end.”

Joss Whedon‘s Dollhouse, in the annals of television, will always be remembered as a troubled but fascinating premise. The series, which ran for two seasons beginning in 2009, was centered around a shady corporation that developed technology making it possible to erase and reprogram the human brain. Said company uses said tech to create rentable “dolls” like Echo (Eliza Dushku) who can fulfill the desires of their rich clientele… though, as it turns out, there was a lot more going on than the creation of high-tech prostitutes.

For one thing, the series ended with the literal apocalypse, after Rossum’s doll-making technology got out of hand and spread around the world. For another, said apocalypse was in part the doing of Boyd Langton (Harry Lennix), who was Echo’s handler and a close ally until very late in Season 2 — when it was revealed that Boyd had secretly been the architect of Rossum’s evil plans this whole time.

It was a massive twist, even for a show packed with them, and among those surprised by that plot development was Lennix himself, as he explained during a new installment of our Collider Connected video interview series. “They threw that at me,” he said. “Joss Whedon was like, ‘By the way, you’re the bad guy.’ I knew that like three episodes from the end.”

How do you make such a massive character reveal work as an actor? Lennix explained that he approached it in this case by leaning into the show’s premise. “I didn’t know that Boyd was going to be the mastermind behind the whole thing. But, you know, the way I justified that was, I think that the real Boyd Langton, the guy I came in as in the first season, I believe was switched out. I think that they got to them and turned him into a doll, so to speak.”

Thus, the good guy we and Echo had trusted all this time wasn’t the same guy who ended up being a true villain. And to be clear, that justification was never specified on-screen — that’s just how Lennix approached making his performance work with this new information. As he continued, “[That Boyd] is really an upload. That’s not really him. I think that guy just according to the mythology of the show, the real Boyd Langton is in a cold storage facility someplace in a hard drive.”

The show did make it clear that, as established by the series finale, whoever is behind the wheel in Boyd’s body has made multiple copies of himself, so even when Boyd “dies” in the penultimate episode, the ultimate person behind Rossum lives on.

If you want to rewatch and remember yourself, Dollhouse is just one of many fascinating shows streaming on Hulu right now. Our full interview with Lennix, covering his time on The Blacklist as well as his confirmed role as Martian Manhunter in Zack Snyder’s Justice League, will be out later this week.

“That f**ker knows his audience like no producer – he’s a genius.”

READ  Making Noise Quietly review – snapshots of home in the shadow of war
Share on FacebookShare on TwitterShare on PinterestShare on Reddit
newsgrooveJanuary 19, 2021