Does Vladimir Putin have cancer?


VLADIMIR PUTIN’S health has been the topic of many conversations during Russia’s invasion of Ukraine.

There have been reports that the Russian President has cancer – but what is the latest?

Does Vladimir Putin have cancer?

On April 30, it was reported that “Putin has discussed that he will be undergoing medical procedures.”

The Kremlin insider added: “We know very well that he has cancer, and Parkinson’s disease, as we have said many times.

“It was possible to contain it for some time, but now the course of the disease is progressing.”

In February 2020, Political analyst Valery Solovei claimed he has been told the president has been treated for cancer. 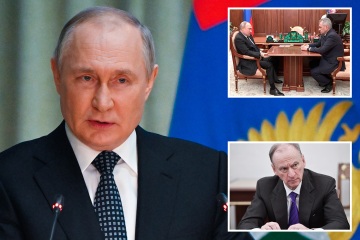 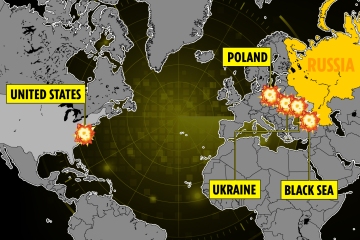 He claimed to have sources in the Kremlin who were “at the epicentre of decision making”.

Solovei claimed Putin underwent surgery and another Russian source went on to claim it was an abdominal cancer operation.

The claims that Putin has cancer and had undergone emergency surgery were not confirmed or denied by the Kremlin at the time.

What other illnesses does Vladimir Putin have?

It is also alleged Putin is suffering from symptoms of Parkinson’s Disease.

Solovei said of Putin’s twin health traumas: “One is of psycho-neurological nature, the other is a cancer problem.

“If anyone is interested in the exact diagnosis, I’m not a doctor, and I have no ethical right to reveal these problems.

”The second diagnosis is a lot, lot more dangerous than the first named diagnosis, as Parkinson’s does not threaten physical state, but just limits public appearances.

“But there is a fatal diagnosis.

“Based on this information people will be able to make a conclusion about his life horizon, which wouldn’t even require specialist medical education.”

Observers who studied footage at the time noted his legs appeared to be in constant motion and he looked to be in pain while clutching the armrest of a chair.

His fingers are also seen to be twitching as he held a pen and gripped a cup rumoured to contain a cocktail of painkillers.

The Kremlin issued a firm denial after The Sun broke news of Solovei’s claims that Putin had Parkinson’s.

Spokesman Dmitry Peskov insisted there were no plans to quit, adding: “He is in excellent health.”

Did Vladimir Putin have Covid?

While it is not thought Putin had Covid, he did self-isolate in September 2021 after several members of his entourage fell ill with the virus, including someone he worked in close proximity with and had been in close contact with all of the previous day.

Putin, who had two shots of Russia’s Sputnik V vaccine at the time, explained the situation to a government meeting by video conference after the Kremlin said he was “absolutely” healthy and did not have the disease himself.

“I have quite high levels of antibodies. Let’s see how that plays out in real life. I hope everything will be as it should be.”

The Kremlin said Putin took the decision to self-isolate after completing a busy round of meetings, which included meeting Paralympians.

He was quoted by the RIA news agency as telling the Paralympians that he was worried about the Covid-19 situation in the Kremlin.

Putin was quoted as saying at the time: “Problems with this Covid are even surfacing in my entourage. 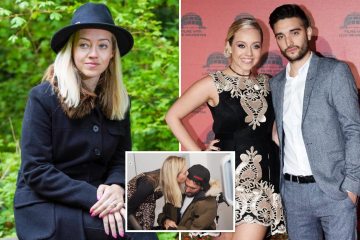 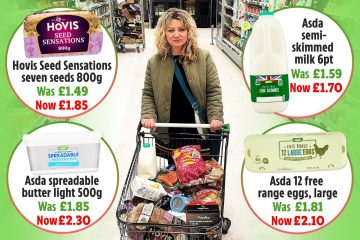 “I think I’ll be forced to quarantine myself soon. Many people around me are sick.”

Asked if Putin had tested negative for Covid-19, Peskov said: “Of course yes. The president is absolutely healthy.”

All you need to know about Russia’s invasion of Ukraine

Everything you need to know about Russia’s invasion of Ukraine…