Along with losing weight, one of the most popular new year’s resolutions is “to do more exercise”.

Although any form of exercise is better than none, “brisk” exercise seems to be particularly good for the heart and brain.

So if you are one of the millions who made the resolution to be more active, perhaps up-tempo music can help you achieve that beneficial “briskness”? In an experiment for Trust Me I’m A Doctor, we looked at if it can work.

Unlike a gentle stroll, a brisk walk is more likely to increase blood flow to your brain and also to lead to the release of a hormone called BDNF (brain derived neurotrophic factor). BDNF helps stimulate the production of new brain cells, something which is certainly useful as you get older.

Brisk walkers would also appear to live longer than those who prefer a more leisurely stroll.

A large study of more than 50,000 British walkers in the British Journal of Sports Medicine found those who claimed to be pacy, lived, on average, 24% longer than those who said they walked at a slower pace.

But it is difficult to tease out cause and effect from such studies – because it could be that people who walk briskly are just healthier in the first place.

Two years ago I took part in a similar experiment with Rob Copeland, professor of physical activity and health at the University of Sheffield, where we recruited a group of sedentary factory workers who we then randomly allocated to doing either 10,000 steps or Active 10 (a free NHS app that helps you walk your way back to health).

The Active 10 group were asked to fit three brisk 10-minute walks into their day, rather than aiming at any particular number of steps.

We discovered that when it comes to health, short bursts of brisk walking seem to deliver more benefit and are often easier to manage, than trying to hit the 10,000 step target.

This year we wanted to revisit that experiment with more participants – but also look at whether adding music would help people pick up the pace.

One of the troubles with telling people they should do “brisk walking” is that few of us really know what “brisk walking” means. I’ve been told it means “fast enough that you are able to talk but not able to sing”. Personally, I don’t find that particularly useful as I can sing however fast I am walking.

A clearer definition of “brisk walking” is walking at around 100 paces a minute. And this in turn can be helped by listening to music that has a beat of at least that. Music like Dancing Queen by Abba or Hips Don’t Lie by Shakira.

I teamed up with Marie Murphy, professor of exercise and health at Ulster University, and we recruited 24 volunteers aged between 25 and 65 who we randomly split into two groups.

One was given pedometers and asked to try and hit 10,000 steps a day, while the other group was encouraged to walk briskly for 30 minutes a day to music we had chosen for them.

We tested everyone’s blood pressure, cholesterol and body fat at the start of the experiment, then sent them off to do their different regimes for five weeks before they came back to be re-tested.

Those allocated to the brisk walking certainly found the music enjoyable, but did it make any difference?

Prof Murphy says: “The good news is we saw positive changes in both groups, but those walking briskly to the music saw slightly bigger improvements than those who were doing the 10,000 steps.”

So the message is, if you want to keep in shape, mentally and physically, load up some pacy music and get those feet moving, one in front of the other.

READ  NHS home nursing scandal: 1,000 people a year die while waiting for help
Share on FacebookShare on TwitterShare on PinterestShare on Reddit
newsgrooveJanuary 8, 2020 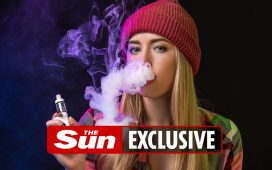 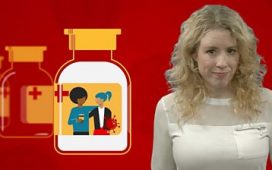