Do the Irish want unification? 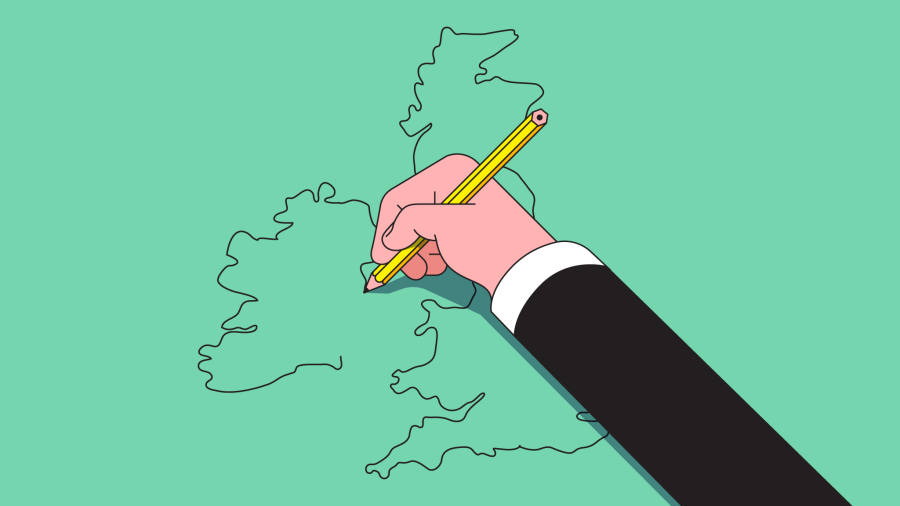 I’ve come back from three recent trips to Ireland marvelling: this is what a grown-up country looks like. A giant, potentially divisive issue comes along — the sudden prospect of a united Ireland, a republican dream since long before Irish partition in 1921 — and instead of treating it as a winner-take-all, biff-bang argument as in certain countries one could mention, almost all Irish seem determined to move slowly, seriously and fairly. How to reassure mostly Protestant Unionists in Northern Ireland, who for generations have identified as British? I’ve seen a hall full of Irish people applaud a woman urging them “to be open and inclusive to Unionists”. The 4.8 million Irish in the Republic and 1.9 million in Northern Ireland still face a scary decade. Irish unification could revive the north’s violent Troubles. But blessedly, most Irish people realise that. Here’s a rare case of a country learning from history.

English politicians and Northern Ireland’s Unionists have done more to unite Ireland in three years than Irish republicans managed in a century. “Brexit has catapulted this issue forward,” says Padraig Ó Muirigh, adviser to the republican Sinn Féin party. “There is a real sense that we’re living in historical times.” Last month, Boris Johnson agreed to place the de facto future border in the sea between mainland Britain and Northern Ireland. That put both Irelands into one economic zone, and showed horrified Unionists that the English nationalist Tories considered them expendable. In fact, some Unionists feel they have received more understanding from the Dublin government.

The Good Friday Agreement of 1998 stipulates that if both sides of Ireland vote in a referendum to unite, it will happen. That could be soon. Next year a hard Brexit, or a Scottish vote for independence, could encourage Northern Ireland to escape the British mess. Then, the census of 2021 will probably become the first ever to show self-described Catholics — who traditionally back Irish unification — outnumbering Protestants in the north.

It’s as if a genie appeared and told the Irish: “Here, have your national dream.” But the Irish now aren’t sure they want it. Inching towards unification is like “juggling with china”, says Noelle O’Connell of the European Movement Ireland. For many people, it’s heart against head, explains Neale Richmond, senator for the ruling Fine Gael party. The heart says: yes. The head says: not yet, just 21 years into the generations-long process of healing sectarianism. Does the Republic really want to import several hundred thousand hard-core Unionists, some of whom may kill for their identity? “The boys haven’t gone away,” as some there put it. And after nearly a century apart, even northern and southern Catholics have different identities.

Then there’s money. Northern income per capita is about half that of the Republic. Northern Ireland now gets about €10bn in annual British subsidies. Replacing that would cost the average person in the Republic more than €2,000 a year, possibly for decades (Germany still hasn’t closed its divide). In a poll commissioned by the broadcasters RTE and BBC in 2015, 66 per cent in the Republic supported a united Ireland in their lifetimes. But if it meant higher taxes, support dropped to 31 per cent.

As Britain has shown, there’s a simple way to settle a complex question. However, Brexit has been a crash course in the pitfalls of romantic nationalist referendums in which you vote first and discuss details afterwards. The Irish have developed a more sophisticated method: citizens’ assemblies. An assembly of 100 people was created in 2016 to study, consult broadly and report on several national issues. It’s a tool suited to a small country. The assembly’s recommendations drove a widely accepted outcome to last year’s referendum legalising abortion. One day, another assembly could prepare for unification.

But even then, the outcome could be a united Ireland containing an irreconcilable minority of mostly working-class East Belfast Protestants, some of them tattooed with queen’s heads and Union Jacks. To my surprise, even Sinn Féin doesn’t seem to want to defeat Unionists outright. The movement that spent a century fighting British rule now says it’s open to the possibility of a united Ireland rejoining the Commonwealth. Ó Muirigh hopes a new Ireland will be “a warm house for Unionists”. His father Sean “Spike” Murray, a senior Sinn Féin figure jailed for 12 years during the Troubles, told me: “We don’t want people who feel British put in a situation where their Britishness is left adrift. How can I assure that your Britishness is guaranteed?”

Murray insisted he didn’t want Unionists to “feel abandoned” by a united Irish state the way nationalists had felt under British rule. Would he or people around him have talked like that 30 years ago? “No,” he admitted. “Things were more polarised then.” The educational effect of 21 years of cross-community discussions had been “unbelievable”, he added.

Such Republican talk may simply be a bad-faith bid to gull Unionists. Things could end badly. However, I suspect the Irish will keep prioritising peace over unification. In fact, they could teach Britons and Americans something about reaching out across divides.

Follow @FTMag on Twitter to find out about our latest stories first. Listen and subscribe to Culture Call, a transatlantic conversation from the FT, at ft.com/culture-call or on Apple Podcasts

Eat out to help out: Diners enjoy more than 10 million half-price meals in a week

Eat out to help out: More than 10.5 million meals claimed in first week

Food Vegan sausages and artesian hodars within the video games of the sub-series, do probably the most gourmet-conscious soccer folks dwell in Tampere? – Pledge Times