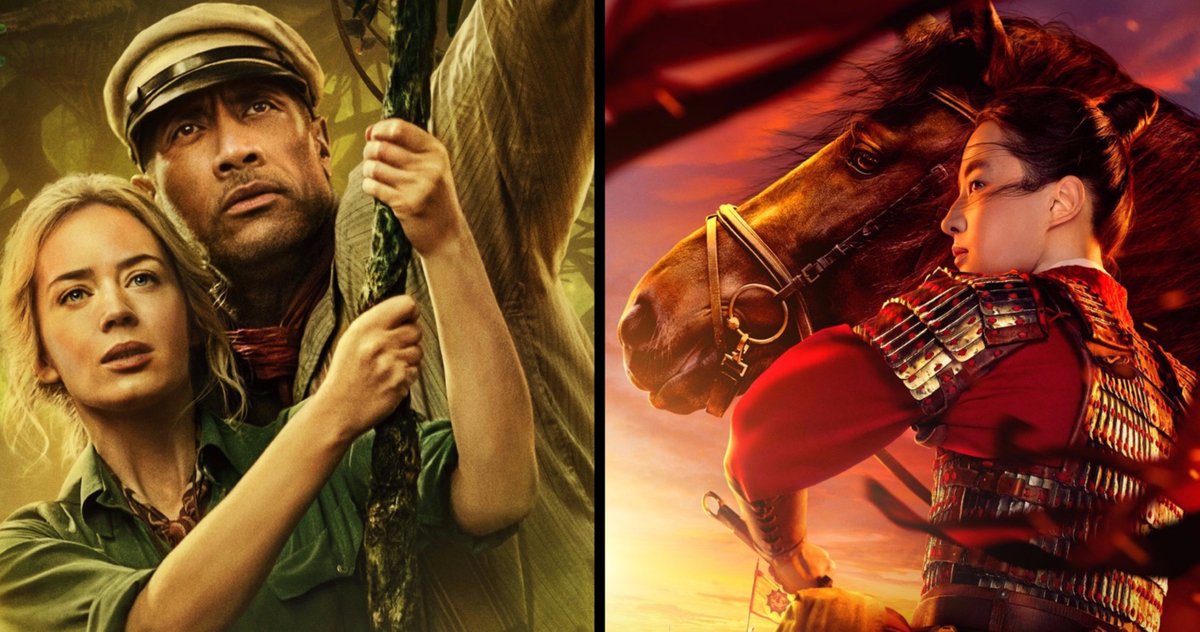 Disney has shuffled around its 2020/2021 release calendar, including giving some new dates to some of its biggest movies that were on deck for this year. Namely, Mulan and Jungle Cruise. The former, a live-action remake of the 1998 animated classic of the same name, had previously been delayed from its March date. The latter is an action/adventure flick based on the classic theme park ride, cut from a similar cloth as Pirates of the Caribbean.

Mulan is now set to arrive in theaters on July 24, 2020. This feels like a relatively optimistic date, given that movie theaters all around the U.S., and throughout most of the world, remain shut down for an indefinite period of time, given what’s going on right now. Virtually every studio in Hollywood has pushed its planned summer releases, anticipating that the situation will remain as is for at least a couple more months. Be that as it may, Disney is still hoping to get one major blockbuster on the books for summer 2020.

The live-action remake follows in the footsteps of similar Disney hits such as The Jungle Book, Beauty and the Beast, Aladdin and The Lion King. It was directed by Niki Caro and, though full reviews had yet to arrive, early social media buzz from critics who had screened it was incredibly positive. The cast includes Yifei Liu, Donnie Yen, Jason Scott Lee, Yoson An, Gong Li and Jet Li. Unfortunately, Mulan taking up new real estate in July means that Jungle Cruise will be delayed a full year.

Jungle Cruise, which stars Dwayne “The Rock” Johnson and Emily Blunt, had been set to arrive on that July 24 date. The movie will now open on July 20, 2021. Disney had already released a couple of trailers for the Jaume Collet-Serra-directed adaptation of the Disney attraction. Major delays such as this are a sad reality that has come about due to the unprecedented situation the entertainment industry finds itself in. Similarly, the studio also was forced to push back the long-gestating Indiana Jones 5 a full year as well, which will now arrive in July 2022. It had previously been scheduled for a July 2021 release, but Disney needed to make way for Jungle Cruise instead.

Elsewhere, Disney had to shift around its entire schedule for Phase 4 of the Marvel Cinematic Universe. Black Widow was forced to vacate its previous May 2020 date and is now opening in November. That forced Eternals to shift to February 2021 and caused something of a domino effect with the other upcoming Marvel titles that were announced last summer. Meanwhile, Artemis Fowl, which was going to arrive in theaters, will now be going straight to Disney+. We’ll be sure to keep you posted as any further information as the situation develops. This news was previously reported by Variety.