Disney+: The 15 best nostalgic movies and TV shows, from '101 Dalmatians' to 'Smart House' 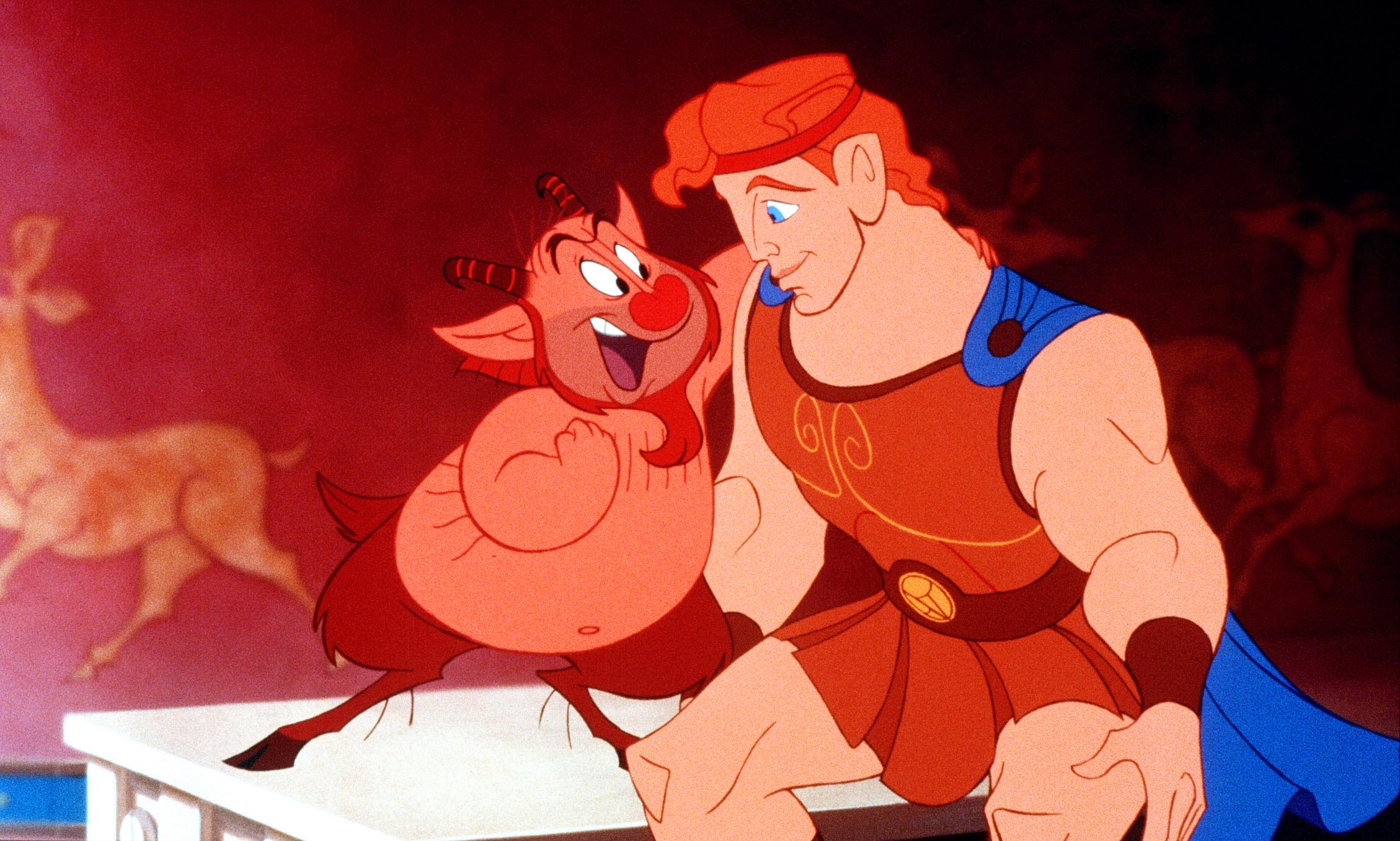 The Disney Vault is, at long last, open.

With the debut of Disney+, the new streaming service from the Mouse House, many films and TV shows that have been out of public circulation for years are now available at the click of the mouse, delighting diehard Disney fans and nostalgic millennials alike.

The service is billed as a mix of Disney, Pixar, Marvel, “Star Wars” and National Geographic, and while the other brands are great, they weren’t locked away in a “vault” for years on end when you just wanted a VHS copy of “Beauty and the Beast” for Christmas. One of the biggest benefits of the service is access to Disney’s theatrical animated films, along with the campy collection of Disney Channel Original Movies, series and a few gems from the 20th Century Fox studio that Disney acquired this year.

More: Disney+ to Apple TV+ to Netflix: All the major streaming services, ranked

Disney+ includes more than 7,500 episodes of television and 500 movies, which might make choosing just one childhood classic difficult. But fear not, we’ve picked 15 films and shows that should be at the top of your queue, from everyone’s favorites to hidden gems you probably haven’t thought about since you were 12. 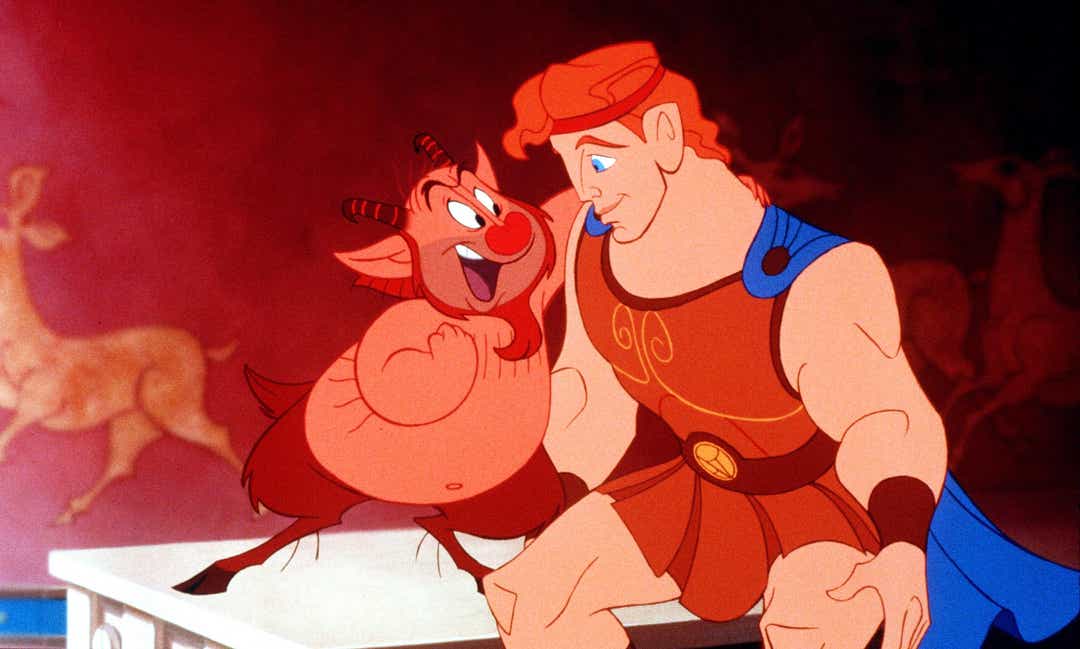 Before you dive into the heavy hitters from Disney animation (and we have several on this list), take a moment to enjoy one of the most underrated films from the “Disney Renaissance” of the 1990s: “Hercules.” The powers and adventures of the Greek gods are brought to life in the film, which uses a gospel and jazz score and original music to bring it all back down to Earth. Definitely a hero, not a zero.

Please, we beg you, ignore this year’s Will Smith remake of this story and stick to the one with a brilliant voice performance from Robin Williams. There are few times in animated films where the vocals and animation feed off each other in such wonderful ways, and it’s infinitely better than a guy covered in blue makeup.

While you’re forgetting “Aladdin,” forget ABC’s “live” version of “Mermaid,” too. The original 1989 film, in all its hand-drawn glory, is all you need to be “part of that world” (get it?). The music, by the legendary team of Alan Menken and Howard Ashman, is among the best Disney’s ever produced, and it’s worth revisiting just to hear the songs in context again.

One of the movies that feels like it was sealed in the vault forever (in part because of Glenn Close’s later live-action films), “Dalmatians” is a veritable explosion of puppy love and good boys and girls. The film has a great villain and an even better villain song. If Cruella de Vil doesn’t scare you, no evil thing will.

“Dalmatians” is for dog people, and “Aristocats” covers cat people. One of the more under-the-radar Disney films, “Aristocats” is sleek and sweet with a great soundtrack. Released in 1970, it’s a little dated (though not as dated as other Disney films), but still full of cool cats. 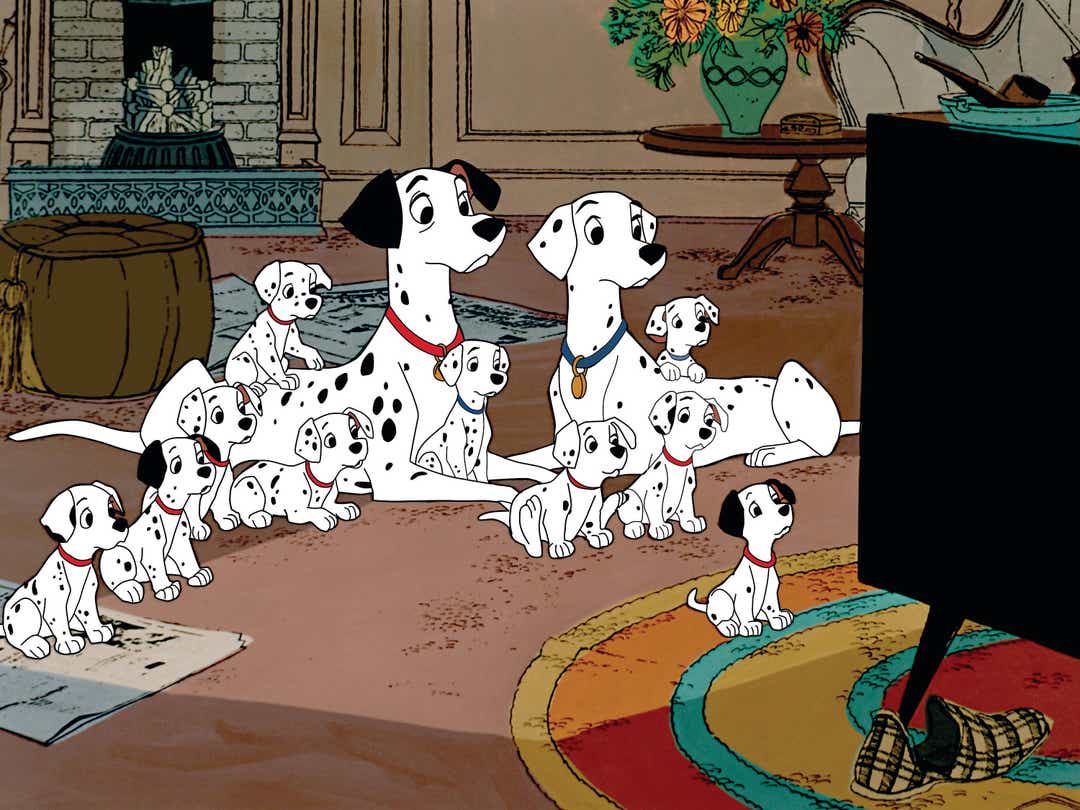 No offense to Dwayne Johnson, but there’s no beating the original version of this paranormal tale about two mysterious orphan siblings with powers and a mad millionaire chasing after them. The retro special effects and action sequences just make the the whole film better.

Though not a Disney Channel original, this Ben Stiller comedy aired on the network so often in the 2000s you wouldn’t be remiss for thinking it was. The sometimes problematic story of young boys sent to a torturous fat camp run by a psychotic fitness instructor (Stiller) is a celebration of individuality and adolescence. That Stiller makes an incredibly hilarious bad guy is simply gravy.

There is, and never will be, a better Disney Channel Original Movie than this campy sci-fi classic, about a girl raised on a space station who faces a tough transition to life on Earth. The film portrays a version of the 21st century with a distinctly 1990s flair (all the cars are Volkswagen Beetles), its own catchphrase (Zeedus Lapidus!) and a boy-band tune that you won’t get out of your head anytime soon (“Supernova Girl”).

This 1999 movie beat “Black Mirror” in depicting technology as dangerous instead of empowering. Before we had Alexa or Siri, this Ryan Merriman DCOM asked, “what if Alexa could cook and had separation anxiety?” Come for the dance parties, stay for Katey Sagal (“Sons of Anarchy”) as the human embodiment of the Smart House.

Millennial fans of Disney Channel may know Kimberly J. Brown better from the “Halloweentown” films, but “Quints” is just as worthy a use of her Disney charm. The movie follows 14-year-old Jamie (Brown), who hates being an only child until her mom gives birth to (you guessed it) quintuplets. Diaper humor is mixed with some surprisingly deep insights about forging an identity as a kid, and what you want and need from your parents. 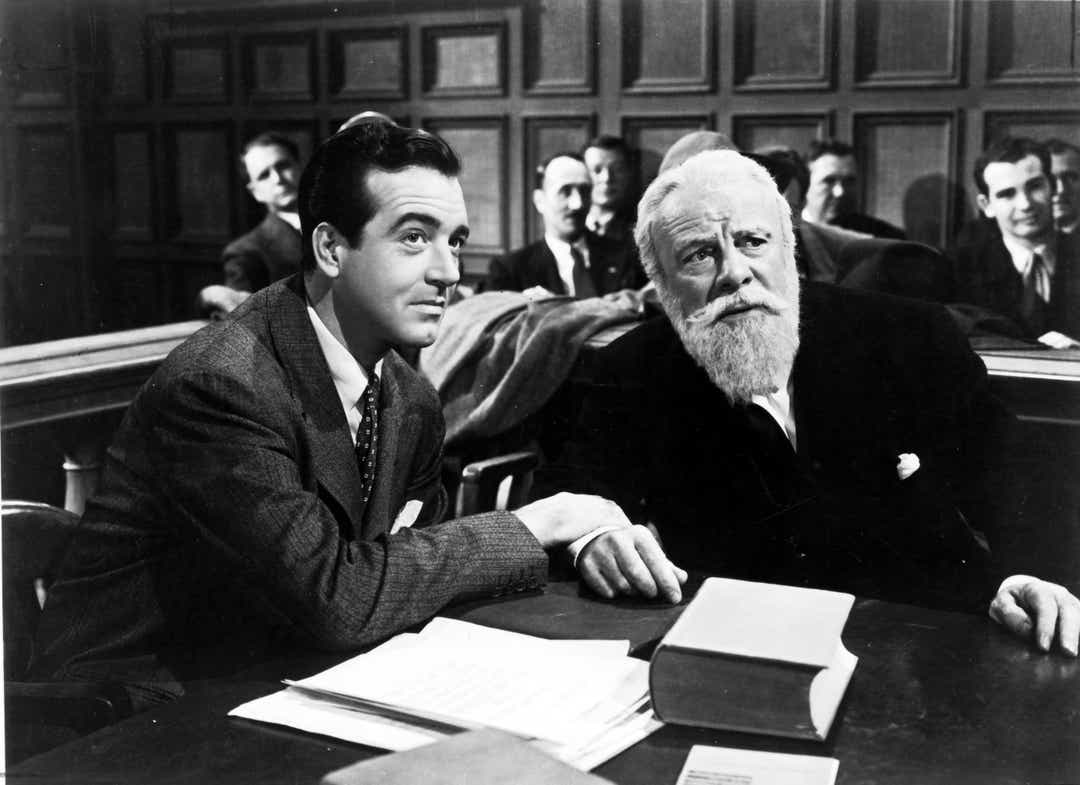 The Christmas classic, from the vast and historical catalog that went to Disney after its 20th Century Fox deal, airs often on broadcast TV during the holiday season, but now you can queue it up whenever you want. As many new Christmas movies as we get each year, there’s really no replacement for a young Natalie Wood learning to believe in Santa Claus. Sorry, Hallmark.

Almost a decade before Hugh Jackman stepped into Wolverine’s clawed shoes, the comic book mutants came to life for kids in this fabulous animated series. Part of Fox’s old Saturday morning cartoon lineup, the series told complex, deep stories of heroes and villains while we ate our cereal from 1992-96. Now you can binge all 76 episodes over overnight oats. 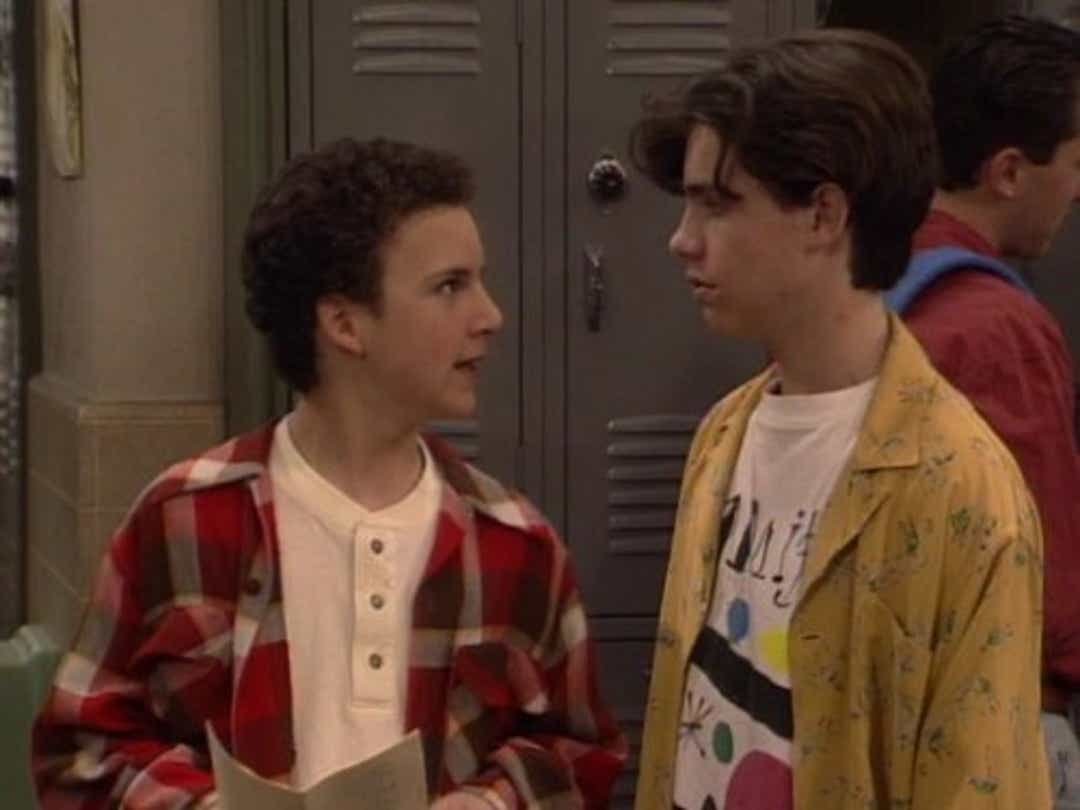 Cory (Ben Savage), Topanga (Danielle Fishel) and Shawn (Rider Strong) are the kind of friends you can count on for a very long time. “Boy” seems as if it was made for the binge-watching era, considering the long-running series (1993-2000) covered the trio from junior high to college and marriage. One of the best shows about growing up, it now can help teach a new generation about the ins and outs of puberty and young adulthood.

A rare instance where the reboot outshines the original, this recent take on Huey, Dewey and Louie Duck (along with the evil Scrooge McDuck) is an absolute delight. Parents can enjoy watching with kids, in part because the voice cast includes so many talented actors, including Ben Schwartz, Danny Pudi, Bobby Moynihan and David Tennant.

“So Weird” is something of a kid-friendly take on “The X-Files,” in which a family (with “One Day at a Time” star Mackenzie Phillips as the mom) travels around the country and encounters supernatural occurrences. The series covers a wide variety of weird, including crop circles, mythic Sirens and curses. Today’s kids may have a little trouble identifying with the early internet website protagonist Fi (Cara DeLizia) uses chronicles her adventures, but it’s important to learn there was life before TikTok.