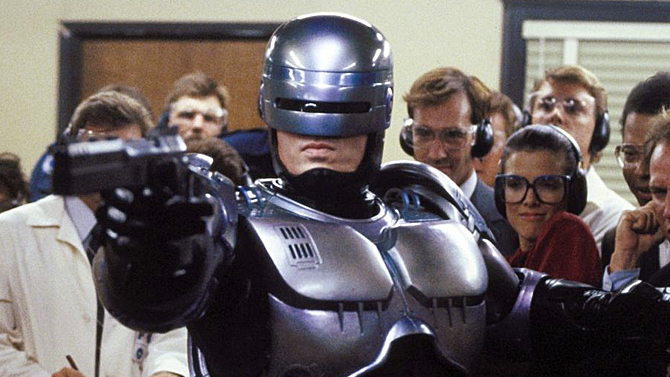 “Dick, I am very disappointed.”

This was an unfortunately brief honeymoon. Last year it was announced that Neill Blomkamp had signed on to direct a new RoboCop movie. And not just any new RoboCop movie (and certainly not another dreaded reboot). No, Blomkamp was here to “serve the public trust” and deliver a direct sequel to the first (and classic) RoboCop movie.

So, forget about the disappointing (and strange) turns the franchise has taken since 1987 and instead think of how last year’s Halloween pretended the other seven sequels and the two ill-advised reboot entries never happened, and that’s basically the approach RoboCop Returns was going for.

But a mere 13 months later, Blomkamp has had to depart the project because he’s shooting “a new horror thriller” and MGM is intent on shooting RoboCop Returns “now.” Here’s the director’s full statement on the subject:

Alas, it isn’t to be, and MGM has yet to announce a replacement in the director’s chair. Hopefully, they can find a good fit, especially since RoboCop Returns was reportedly going to be based on the original, unmade script for RoboCop 2, which would have apparently made for a drastically different and far weirder movie. There has even been some talk of original Robo Peter Murphy returning, having departed the role before RoboCop 3 became reality.

READ  Knives Out 2 is officially in the works