NewsGroove Uk
NewsGroove Uk > Movies > Did Chewbacca Get Han or Luke's Medal at the End of Star Wars 9?
Movies

Did Chewbacca Get Han or Luke's Medal at the End of Star Wars 9? 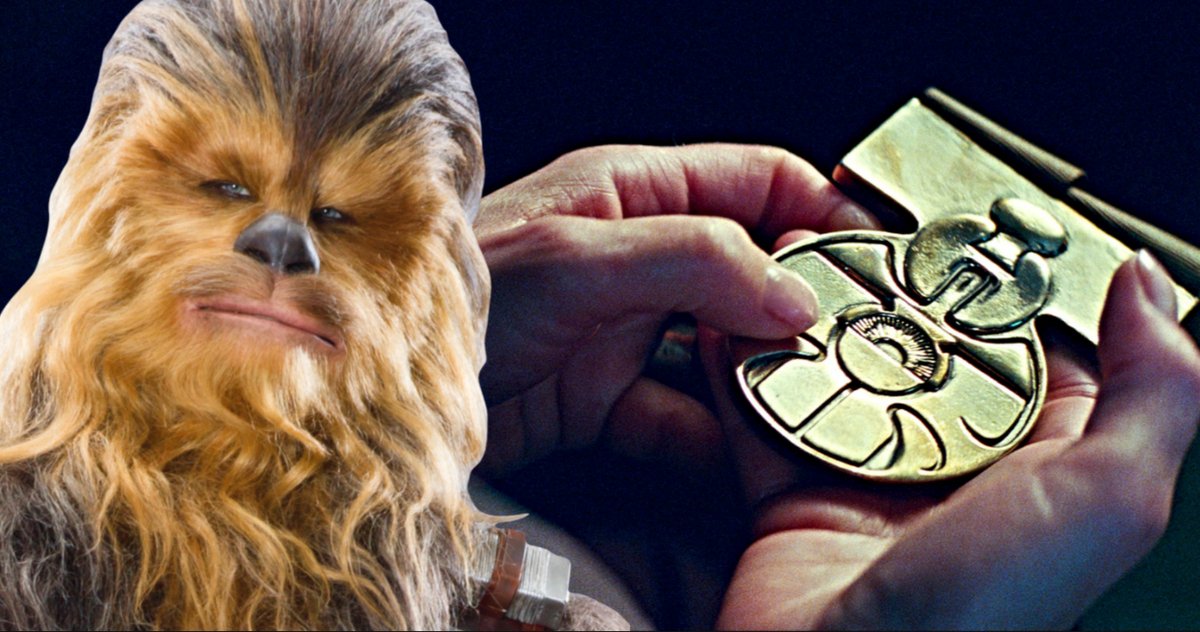 The Rise of Skywalker is in theaters and making some decent box office money, which means that many Star Wars fans know a few things about the movie by now. Without getting into too much spoiler territory, Chewbacca receives a medal. The Wookiee was famously snubbed at the end of A New Hope when Princess Leia handed out the top honors after the Battle of Yavin, and fans have wondered about it for a long time now. There are SPOILERS for The Rise of Skywalker below, so read ahead at your own risk.

During the big climax in The Rise of Skywalker, we learn that The Resistance has won, thanks to Lando Calrissian’s Rebel fleet from out of nowhere. There were some casualties, but most of the main characters are there at the end to celebrate. This is when Maz Kanata approaches Chewbacca and presents him with a medal from A New Hope, which Leia was seen with earlier in the movie. But, where did this medal come from? Is it Han Solo’s or Luke Skywalker’s?

When trying to get to the bottom of this Star Wars bravery medal mystery, one doesn’t have to look back too far, but it is rather confusing. In the young adult novel Star Wars: Force Collector, we learn what happened to Luke Skywalker’s medal. As it turns out, Luke’s medal from the Battle of Yavin was sold by Han Solo to buy booze. Solo gave it to Maz Kanata to pay for a drink. Kanata even called Solo a “bastard” for doing so. Now, we know that this medal that Maz gives to Chewie at the end of The Rise of Skywalker pretty much has to be Luke’s, right?

READ  No country for young men: why are the male actor nominees so old?

Is Han Solo’s perceived alcoholism what ended up getting Chewbacca his medal in The Rise of Skywalker, over 40 years after his human partners received their own? Not exactly, because in the movie, it is believed that the medal that Maz Kanata gives Chewbacca comes directly from the hands of Leia Organa, who was holding it before she passed away. Did Leia have Han Solo or Luke’s medal? And if it was Luke’s, did Maz give it to her, and if so, why? Looking back even further, it appears that the waters get even more murky.

In the 2015 Chewbacca #5 comic, it’s revealed that Chewie did receive a medal after the Battle of Yavin. It is believed that he received it after the official ceremony because he didn’t like wearing it. In the comic, Chewie explains to a character named Zarro that the medal clashes with his “warrior vibe.” George Lucas has, more or less, confirmed this over the years, noting that the Wookiee had a celebration with his own people, which was considered to be an honor to the whole race.

While some Star Wars fans felt like the medal situation was a little too over the top in a movie filled to the brim with fan service, there are more than a few fans who were excited to finally see Chewbacca get what he always deserved. There was also a little bit of comedic effect since it was Maz Kanata that gave it to him. She could have easily used it as bait to get a kiss from the Wookiee.

Chewbacca now has a medal in the official Star Wars canon. But, is this really how things were meant to work out for the character? Was that really Luke’s medal that Han Solo traded booze for? Things are starting to get a bit muddy when it comes to what is official canon and not these days, which might be worth some further investigation. Regardless, Chewie has a medal after all of these years, which he seemed to enjoy a lot after losing nearly all of his old friends. You can head over to the official StarWars.com website for more information on the Force Collector young adult novel.