Devo Get Their Own Holiday Ahead of Rock Hall Selections 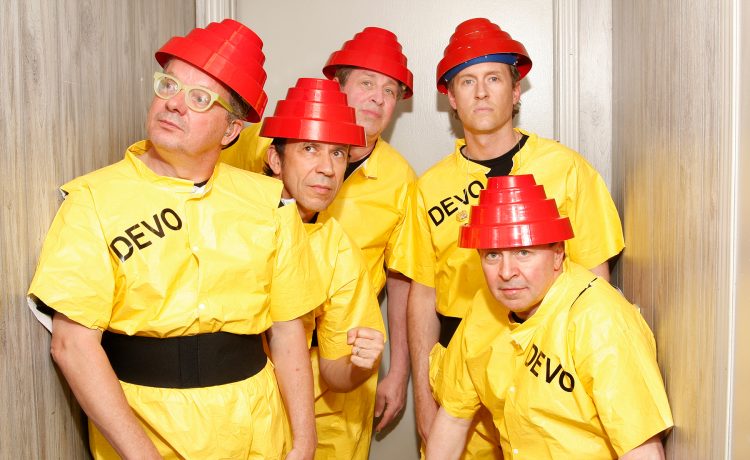 The city of Akron, Ohio, has designated April 1st as Devo Day to help the pioneering New Wave band in their bid to enter the Rock and Roll Hall of Fame later this year.

Devo, which formed in Akron in the early Seventies, is on the ballot this year alongside Tina Turner, Carole King, Foo Fighters, Rage Against the Machine, and other rock giants.

To celebrate Devo Day, Akron is creating an interactive storefront window and has recruited Jack Black, Fred Armisen, Tony Hawk, and the Goodyear Blimp to play a role in the promotion. Fifty Energy Dome Sculptures modeled after the group’s iconic red headwear will also appear at random locations around the town.

“The City of Akron has an unbelievable sense of pride, especially when it involves the success of our people,” Akron Mayor Dan Horrigan said in a statement. “We are, and will continue to be, immensely proud to be the home of Devo and will be rallying this great community to help them achieve the recognition they deserve.”

Black Keys drummer Patrick Carney, who grew up in Akron, echoed the sentiment. “Devo is of course one of my favorite bands,” he said in a statement. “It was a huge thing for me as a teenager to know a band from Akron as cool and weird could strike a chord (no pun intended) that resonated so massively around the world.”

Devo has been largely dormant in recent years as frontman Mark Mothersbaugh has focused his attention on his career as a composer of film and television scores. But they are contemplating at least one more tour once the pandemic is over, even though Mothersbaugh is, at best, ambivalent about the idea,

“It’s like putting on your high school cheerleading outfit and going out and doing the songs again,” he told Rolling Stone in 2020, before the news broke of their Hall of Fame nomination. “On one hand, when I’m out there on stage, I love playing them. But on the other hand, the whole thing seems like, ‘Well, yes, That’s what I did when I was 20. I’m 70. Let’s move on.’ But I’m sure there will be more shows somewhere down the line. Also, who knows, the Rock and Roll Hall of Fame might begrudgingly let Devo in, so that’ll give us an excuse to get together.”