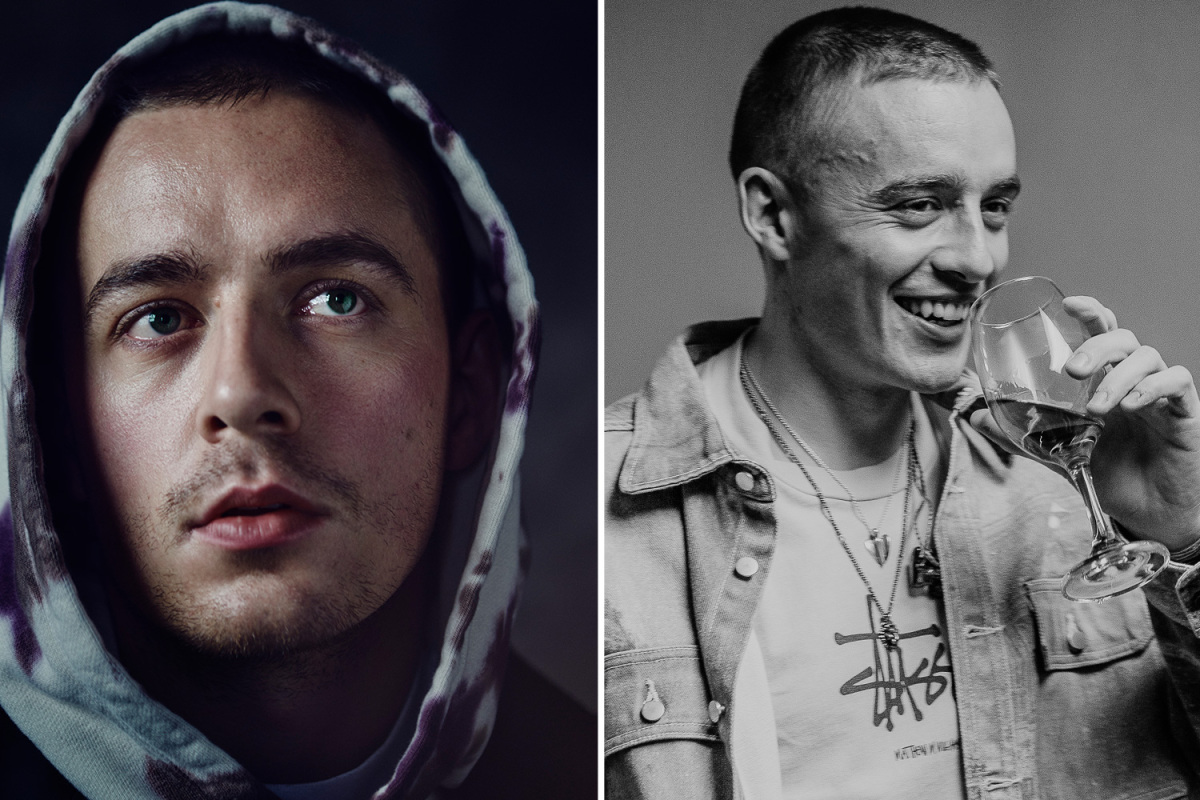 In a bar just down the road from the famous venue in the Flatbush neighbourhood, “Dermot-mania” has erupted and fans have gathered to continue the party.

The bartender/DJ has the Irish singer-songwriter’s tracks on continuous rotation and the place is packed with an all-cheering, all-dancing crowd, whooping as every new song begins.

Kennedy is becoming a huge star on both sides of the pond thanks to his debut album Without Fear, a No1 hit in the UK in October.

It’s been another unforgettable night for Kennedy, who sold out Brixton Academy in London a few months ago — before his album hit the top spot and made him a name to watch.

And it’s another moment that Kennedy is making sure he’s taking time to register.

“I think it’s important to check in with certain moments — after all, you’re watching your dream unfold in front of you,” he tells me during our chat in a cafe.

“It’s easy to carry on working and touring but you dreamed of doing this and it’s all happening for you.

‘Most beautiful thing you can do in music’

“Look at tonight’s venue, it’s stunning. A friend sent me a video of inside the Kings Theatre before I got there and I was blown away. This year has just

Kennedy cites playing Brixton and performing at the Electric Picnic festival in Ireland as his top memorable moments of the past 12 months.

And everyone seems to be taking notice of the 27-year-old, including Ed Sheeran, who is a huge fan.

In fact, he messaged Kennedy when Without Fear topped the charts.

Kennedy says: “He told me that it was a big deal for an Irish artist to have a No1 in the UK. And how the No1 was more for the people around you — and he’s right.”

Without fear is raw and honest

Without Fear is a raw and honest album that has won over fans with the vulnerability of its songs brought to life by Kennedy’s powerful and emotive voice.

It’s an album of light and dark, inspired by love and tragedy. The Corner was written after a family death and Outnumbered, his biggest and most well-known single, was “to provide comfort to somebody very close to me”.

Kennedy adds: “One of the most beautiful things about writing songs is that I can write that song for someone close to me and then there might be someone at the show tonight who maybe has lost a parent or something.

“I think that is the most beautiful thing you can do in music.

“I wanted it to be a reminder that struggles aren’t necessarily permanent and that things do improve no matter what.

“You will see the other side of that struggle for sure one day.” Kennedy says he credits his long-term girlfriend for supporting him and his musical dream.

He adds: “It’s hard to make a relationship work on the road and we slogged it out for the first two years but it was hard.

“She is a yoga and pilates teacher and a physiotherapist so she is on the road with us as that. We’ve been together for six years now.

“I was never willing to compromise on my career and ambition and we’ve made it work.

“I’m very lucky and she inspires me.”

For Kennedy, his main aim is to be unique and stand apart from the other male singer- songwriters.

He has huge respect for the likes of Lewis Capaldi and Rag’n’Bone Man, but out of the current crop of new solo male singers, it’s Sam Fender in particular he admires.

Found my own lane

“Sam stands out from the bunch because he makes rock music yet he’s also very vulnerable in his lyrics,” says Kennedy.

“For me, my main thing is to be unique lyrically but also unique from a music point of view. My music is hip hop- influenced and I think that keeps it unique.

‘I was frustrated as I wanted to play shows’

“I started out wanting to be a singer songwriter like Damien Rice or David Gray, but in the last two years I’ve found my own lanes and things have changed a bit.

Like Sheeran and Rice, Kennedy mastered his trade by busking in cities, including Dublin and Boston in the US.

It gave him the confidence to make music his career before he went to study classical music at Maynooth University in County Kildare.

He says: “I was busking for years, from when I left school.

“It made me realise I should put my head down now and figure this out for real.

“I went to college and studied classical music but if I’m honest, all through my studies I was frustrated as I wanted to be playing shows instead of learning about Mozart, which I know is terrible.

“In hindsight, I wish I could go back and immerse myself in studying now as I’m more ready for it.”

Kennedy fell in love with music when he was eight years old and got his first guitar.

“I was a huge reader too and I’d burn through books, so songwriting looked the most potent form of writing to me.

“But obviously I didn’t have any life experience to write about then. It is through love and loss you develop that.”

Meeting his hero, Irish singer- songwriter Glen Hansard, hardened his ambition. He says: “After my cousin, it was being exposed to Glen’s music that made me want to be on stage.

“I met him when he was doing his Christmas thing, where he busks all day for homeless charities on Grafton Street in Dublin.

“I grabbed my guitar to go and play and I nudged my way up right beside him. That was the first time meeting him and it was crazy playing music alongside my hero all day.

“He was so nice about it and he will text me now and then. He’s a huge inspiration.”

READ  ‘They use our culture’: the Black creatives and fans holding K-pop accountable

As well as Sheeran and Hansard, Kennedy also has Lana Del Rey and Taylor Swift as famous fans.

Sharing the same management as Del Rey, Kennedy supported the singer at a London show, and she also came to watch him play the tiny Troubadour venue in Los Angeles.

As for Swift, she was an early champion who picked his guitar ballad Boston for her personal playlist of favourite songs of 2017.

“It gave that song a boost, it was nice,” says Kennedy. “I’m glad she likes my music. I am glad I was on the playlist with bands like Volcano Choir.

“I care about the fact this is a playlist of good music. I’ve never met her yet but it would be great to.”

The only worry Kennedy has had during his recent success was when he thought he had damaged his voice.

He says: “It was terrifying. I spend a lot of time up there with my vocal range and I thought I had goosed my vocal cords.

“But we went to see a bunch of doctors and specialists and had the microscope up my nose and down my throat six times. Not nice!

“It turned out the vocal cords were in good shape. I’d been singing so hard for so long that my neck had like seized up.

“Now I really look after my voice and how I warm up. You’ve got to be disciplined if you want to last. Playing four shows in a row can be hard.

“It’s mad that footballers will play a match a week and then train and rest. Maintenance is just as important in singing.”

Kennedy kicks off his UK tour in London on Monday and he is dying to get out and play to fans who may not have seen him yet.

He says: “I’ve lived with my album for so long now that the shows have just got better and better.

RALLY OF THE DOLLS

“I will tour it for a long time, but I’m also keen to get back into the studio.

“I want to keep moving and make music because that is the most exciting part for me.

“This year has been a dream come true and I know things are just going to get bigger and better.”