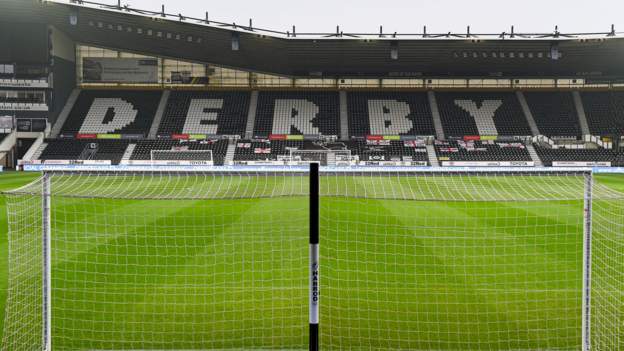 The protracted takeover of Championship side Derby County is expected to be completed this week.

A deal between Rams owner Mel Morris and the Deventio Holdings Group, owned by Sheikh Khaled, who is a cousin of Manchester City owner Sheikh Mansour, was agreed in November.

It had been hoped the deal would be concluded by the middle of that month.

Wayne Rooney, who has been in charge on an interim basis, is expected to be appointed as full-time manager.

Former England forward Rooney, 35, has won three and drawn four of nine matches since taking over after Phillip Cocu’s dismissal.

It is understood December wages for players and senior executives, which remain outstanding, will be paid this week.

Derby were beaten by non-league Chorley in the FA Cup on Saturday after a coronavirus outbreak prevented their entire first-team squad, plus Rooney and his coaches, from being involved.

The club are third from bottom of the Championship, behind Sheffield Wednesday on goal difference, although they do have a game in hand.

READ  Kyrgios accuses ATP of being 'corrupt' after U.S. Open win
Share on FacebookShare on TwitterShare on PinterestShare on Reddit
newsgrooveJanuary 10, 2021