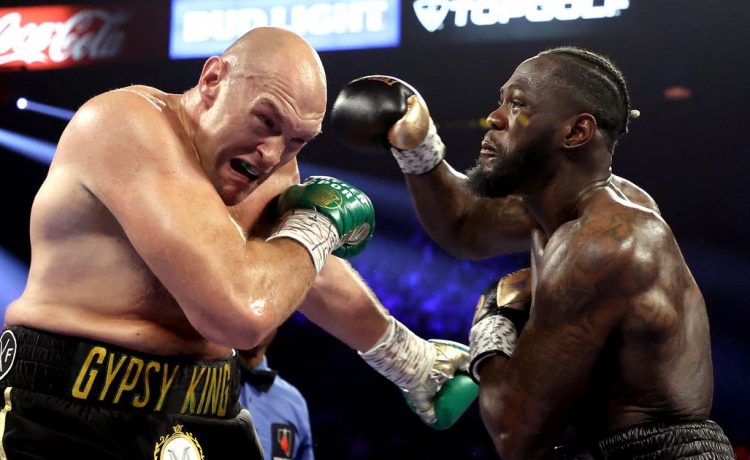 Deontay Wilder will have a third fight against Tyson Fury this summer after an arbitrator ruled the ‘Gypsy King’ would have to defend his belt against its former holder instead of fight Anthony Joshua.

Fury was all set to fight Joshua in Saudi Arabia in August before an independent arbitrator ruled he would have to fight Wilder.

Instead of giving Wilder a step-aside fee and arranging to fight him later in the year, the fight was agreed and signed to take place in Las Vegas in July.

Fury stopped Wilder in February 2020 in what was his most recent fight, with Wilder using his ring walk costume as one of many excuses given in the aftermath.

But the ‘Bronze Bomber’, widely regarded as one of the most devastating punchers in recent history, is aiming to make no mistake this time around.

Speaking to 78 Sports TV, Wilder issued a chilling threat to Fury and warned he will “decapitate” him.

The American, who has landed himself in hot water in the past after making similar comments, has risked doing so again with his latest remarks.

“Y’all don’t wanna miss this one. My mindset is just so different right now,” he said. “Even right now, I don’t even feel like I’m here.

“My mentality is – you’ve been contemplating about hurting a person so bad, to the point you wanna disfigure him so his mother wouldn’t even know who he was.

“When you’ve had your mind on that, like you wanna decapitate him in every f*****g way possible, it’s like that premeditated stuff.

“When I do see him, I’m gonna love to see what I feel and what I’m thinking, how my senses change when he’s in my environment. I’ve been contemplating, premeditating whooping this man.

“Now that we have a date, like training has been even more intense.

“Those other camps, although they were intense, we had no guidance, no ETA, we just knew we wanted to stay in shape… Now it means something now. It’s for certain now.

“There’s nowhere to run, nowhere to hide, you got to go through me. The hardest puncher in the heavyweight division, probably in history, and I’m going to continue to do that.”