Deontay Wilder should forget about a third fight with Tyson Fury and instead focus on setting a bout with Anthony Joshua.

That’s according to John Fury, Tyson’s father, who still ranks Wilder as the second heavyweight on the planet behind his son and thinks he can ‘annihilate’ Joshua.

Wilder has announced his intention to trigger a rematch clause to face Fury – who humbled him in Las Vegas – for a third time this summer, with Fury eyeing an all-British affair with Joshua further down the line in order to unify the division.

But while John Fury understands why Wilder would want to cash in on a rematch with his son, he feels he would be better served by targeting Joshua instead.

‘I can’t blame him for that. It’s all about the money,’ John Fury told IFL TV. ‘But I don’t know what he’s going to do with Tyson because Tyson is only getting better.

‘Get your team round you and tell them to start using their brains. Forget Tyson, forget the Tyson Furys of the world. He’s too good for you. He’s proved that. You couldn’t beat him when he’d lost 10 stone. He got up from your best shots. That was enough to tell you that the rematch should never have been anyway..

‘So what you want to do: go after AJ. Spread your wings. There’s other people out there. Other people he can annihilate.

‘But let me tell you something, Tyson Fury has too much brains. He’s only getting better. Tell your team to start looking further afield, there’s plenty of other heavyweights out there you can make a few quid with.

‘Get after Joshua and you’ll probably get all the other belts back off him. There’s plenty of other people out there. Concentrate on them.

‘If you mess with my son, there’s only one place you’re going: the hospital. For a long time. So forget that one.’

Asked if Joshua and promoter Eddie Hearn would be interested in that fight now Wilder has lost his WBC belt, John Fury replied: ‘Wilder will always bring something to the table.

‘Never mind the belts. Deontay Wilder is an incredible fighter. He’s got the knockout power. Let me tell you, any lesser man than Tyson Fury is not beating Deontay Wilder.

READ  Sport shorts: ex-Wales backs coach Rob Howley is banned for betting breaches and the draw is made for the Europa League last 32 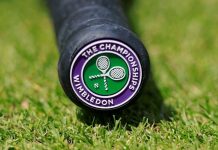 Xavi names his conditions for taking over as new Barcelona boss