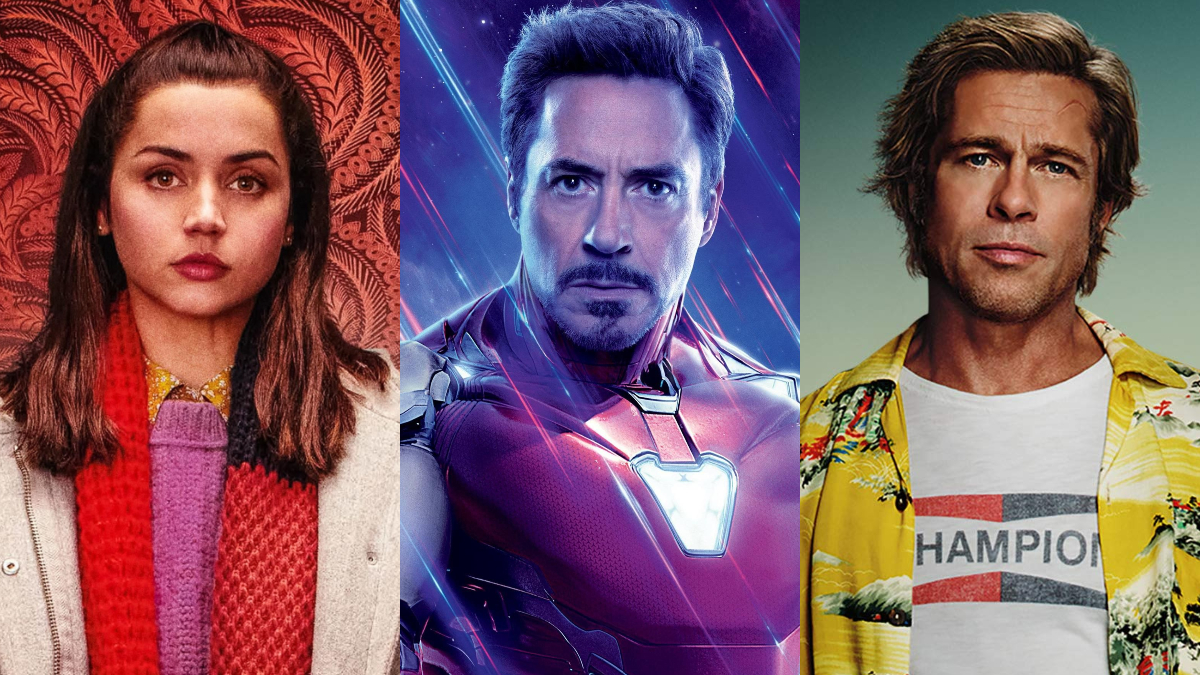 A new year is upon us, so what better time to take a look back at our favourite films of the last 12 months? That’s right, it’s Den Of Geek’s annual movies of the year countdown, as voted for by our writers.

The rules? Well, eligible movies had to have been released in the UK in 2019 – and streaming exclusives such as feature-length Netflix and Amazon Prime originals were included. We asked each of our writers to vote for their top five films, ranked on a points-based system, and then collated the entries to come up with our final list.

So, the votes have been counted and verified and we can now reveal the results. Here are the films that the Den Of Geek writers voted as the top 10 movies of the year… 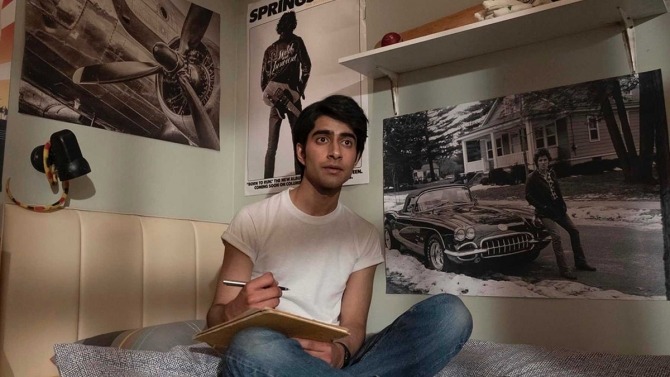 10. Blinded by the Light

The songs of Bruce ‘The Boss’ Springsteen powered this ’80s-set coming-of-ager from Bend It Like Beckham director Gurinder Chadha. The film follows Javed (Viveik Kalra), a British-Pakistani boy growing up in Luton and struggling with his cultural identity, caught between his strict father’s desire for him to become a doctor or lawyer, and his own yearning to write and express himself through words – all played out against the backdrop of rising unemployment, the encroaching National Front and Thatcherism. But after being introduced to Springsteen’s music by his best pal, Javed soon begins to find his voice. Charming and full of laughs and warmheartedness, Blinded By The Light features some fantastic performances, a blistering soundtrack and an overarching message that feels more relevant now than ever. An absolute joy from start to finish. 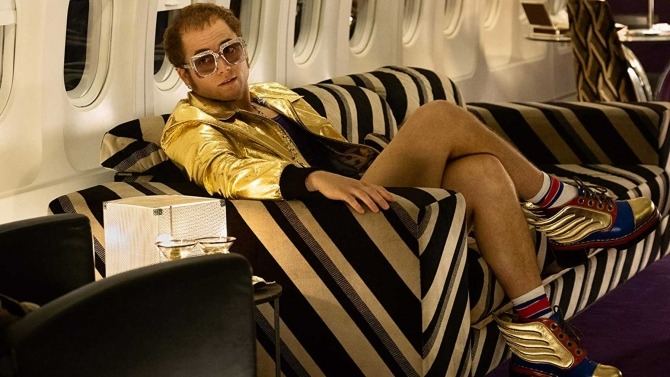 Elton John’s struggle with addiction is the perhaps unlikely centrepiece of this joyful, colourful, moving musical which doesn’t shy away from some of the tougher truths of his life. Taron Egerton is electric as John, performing his own versions of John’s songs which are used throughout to illustrate dramatic moments as part of the storytelling, while Jamie Bell turn as John’s long-time collaborator Bernie Taupin brings a softness that stops the film ever become too dark or indulgent. The songs form standout set-pieces from a poignant duet of ‘Don’t Let The Sun Go Down On Me’, an orgiastic rendition of ‘Benny And The Jets’ to the epic centrepiece of the title track. Far more than just a biopic or a jukebox movie, this is a magical musical sure to stand with the greats. 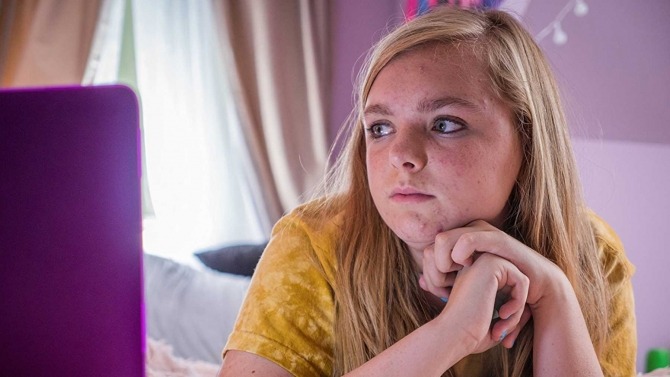 Sometimes simple things can be the most impactful. So it is with Eighth Grade, a small story of young Kayla (Elsie Fisher) during her last week before she graduates and goes off to high school, which manages to resonate and devastate on a grand scale. The script (penned by debut writer-director Bo Burnham) is perfect, but it’s Fisher’s performance that’s at the heart of the movie: stroppy but so likable, incredibly vulnerable but also impressively brave, Kayla is ultimately a hopeful and almost heroic character in an incredibly confusing world. Eighth Grade’s cinema release was dwarfed by Avengers: Endgame, but it’s a worthy foil to the biggest movie of all time – a film that paints a highly empathetic and slightly terrifying picture of the pain of being a young person in the modern era. 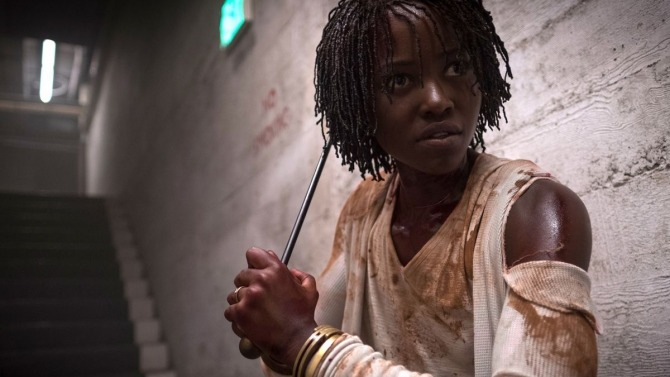 Jordan Peele’s follow up to his social thriller Get Out leans hard into the horror and pulls it off with panache. Lupita Nyong’o and Winston Duke play the heads of a family on vacation who find themselves terrorised by their own doppelgangers. But this is way more than just a smart home invasion movie. Terrific dual performances from the whole cast cement the chills in a film which is just as political as Get Out, albeit in a wider more sprawling context which posits that we are our own worst enemies. The cinematography is gorgeous too and Peele ramps up the tension, solidifying him as one of the most interesting new filmmakers to have emerged in recent years. 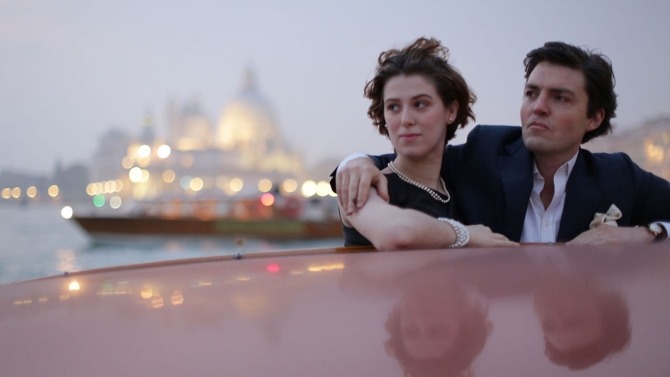 If you’ve ever dismissed the pain of rich people by the logic: if your rent’s paid and your belly’s full, what else is there to worry about?, then the films of Joanna Hogg are a lesson in shared humanity. Her four features prove that rich-people pain is every bit as real, varied and excruciating as anything the rest of us experience. (More so, perhaps. Have you met their families?) Hogg’s latest, The Souvenir, is a semi-autographical account of her time at film school in the 1980s – Honor Swinton Byrne plays Julie, a student filmmaker who falls for Tom Burke’s older, worldly and mysterious Anthony. Tender and sad, witty yet sincere, The Souvenir’s moving naturalistic performances are staged against the beautiful backdrops of stately homes, film sets, art galleries and a Venetian opera house. It’s a film about the casual cruelties of first love, how vulnerable we become to those we adore, and the struggle to find your voice while others are drowning it out. 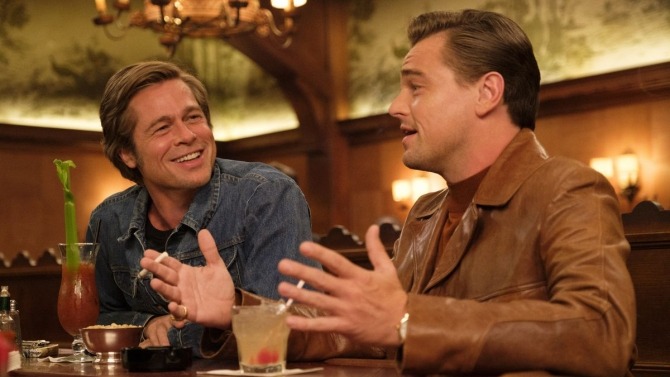 5. Once Upon A Time in Hollywood

After a four-year gap, Quentin Tarantino returned with his ninth movie – a sun-drenched sort-of fairytale set in Los Angeles during the summer of 1969. Yes, the film covers the events leading up to the Manson Family murders on Cielo Drive – although not quite in the way you might expect – but it’s really all about Hollywood, as the title suggests. The central trio of struggling actor Rick Dalton (Leonardo DiCaprio), his stunt double Cliff Booth (Brad Pitt) and his next-door neighbour/rising star Sharon Tate (Margot Robbie) form the film’s main focus, but it’s stuffed with cool guest stars (Al Pacino, Kurt Russell, Damian Lewis, Lena Dunham and Bruce Dern, to name just a few) and showcases some period-perfect visuals. One of American cinema’s boldest filmmakers taking on Tinseltown itself with his biggest, starriest cast to date? What’s not to love? 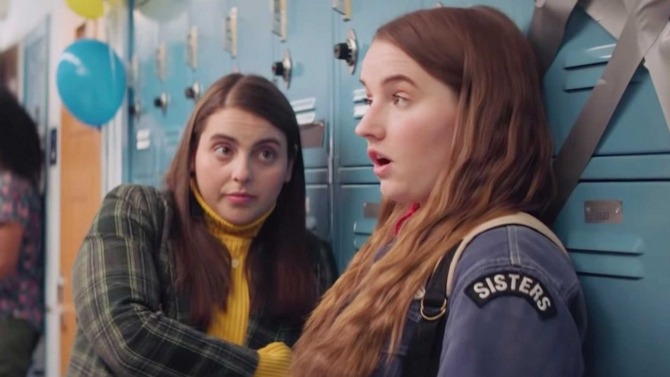 If Eighth Grade broke you, Booksmart is the film to put you back together. The directorial debut of actor Olivia Wilde – and what a confident, visually arresting first film it was – Booksmart up-ends the one-wild-night teen movie trope to focus on clever, hard-working best mates Amy (Kaitlyn Dever) and Molly (Beanie Feldstein) who learn to have fun and realise they’re not better than everyone else, that judging the cool kids by appearances is just as mistaken as judging the nerds and that ultimately, friendship is the key to everything. It’s seriously funny, incredibly good-natured and manages to be subversive while still living within the high-school movie playing field. A total joy. 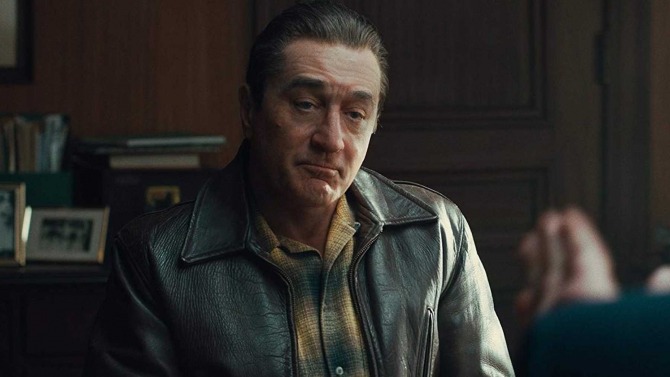 Goodfellas dream-team Martin Scorsese, Robert De Niro and Joe Pesci finally reunited for this Netflix-funded organised crime saga, this time bringing old pal Al Pacino into the fold for his first-ever collaboration with the legendary director. And it was every bit as epic as we’d hoped. Based on the book I Heard You Paint Houses by Charles Brandt, the film is a decade-spanning tale of post-war mob shenanigans told through the eyes of titular ‘Irishman’ Frank Sheeran (De Niro), culminating in the disappearance of legendary union boss Jimmy Hoffa (Pacino). Employing an exquisite cast and some cutting-edge digital de-ageing tech, The Irishman is Scorsese’s most expensive movie ever (with a rumoured production budget of $200 million), but it serves as a stunning slice of cinematic “unfinished business” from one of Hollywood’s most respected auteurs – expertly crafted, often teeth-grindingly tense and surprisingly moving, it’s nothing short of a masterpiece. 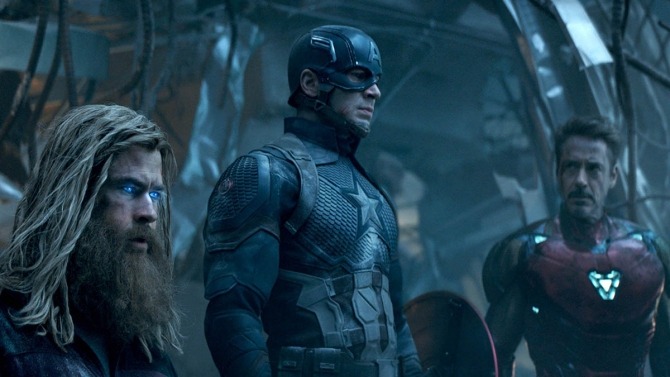 The biggest movie of all time had a stonking theatrical run this year, which saw it finally dethrone Avatar as the worldwide box-office champion. Picking up after the devastating finale of Infinity War – in which mad titan Thanos (Josh Brolin) successfully wiped out 50 per cent of all living creatures in the universe – Endgame saw our surviving, non-dusted heroes unite to execute a “time heist” to retrieve the six Infinity Stones and reverse the Snap. Mixing mega-scale action with high emotional stakes, this blockbuster behemoth from Marvel Studios was a hugely satisfying conclusion to 11 years and three ‘Phases’ of shared-universe storytelling and represented a truly impressive achievement, the likes of which we haven’t really seen before. 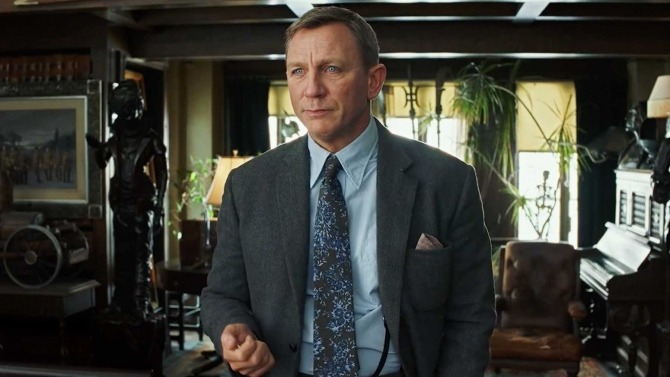 Writer-director Rian Johnson followed up his Star Wars sequel The Last Jedi with this energetic spin on a classic murder mystery, which follows a family gathering that goes badly wrong when its patriarch (Christopher Plummer) kicks the bucket, and a celebrated detective (Daniel Craig) turns up to investigate what the hell happened. A witty whodunnit that blends classic tropes with modern sensibilities, Knives Out was one of the smartest, most satisfying films to be found on the big screen this year, boasting an impressively game (and star-studded) ensemble cast, a wicked sense of humour and, most importantly, a compelling conundrum that kept audiences gripped right up until its climactic reveal. It wasn’t just critics who turned up for Johnson’s crime comedy, either – it’s recently passed the $200 million mark at the worldwide box office, which most analysts are seeing as an absolute win for smaller-scale, original moviemaking.