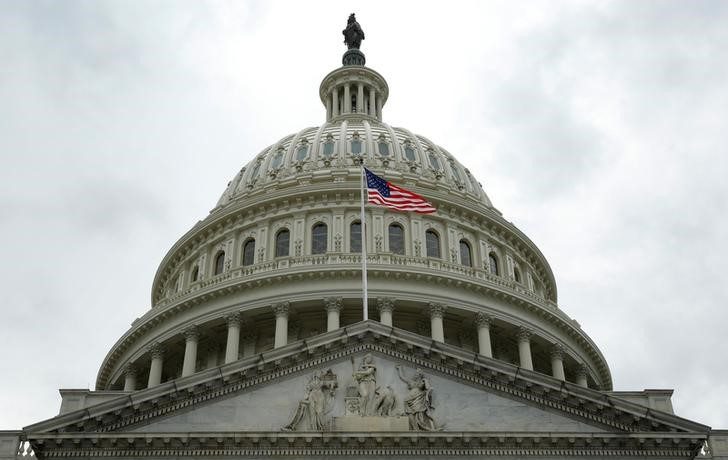 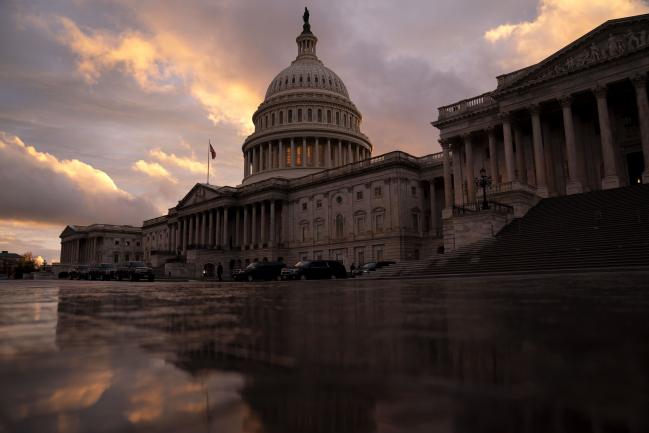 © Bloomberg. The U.S. Capitol in Washington, D.C., U.S., on Monday, Nov. 30, 2020. Congress faces a rapidly approaching deadline to pass a new round of funding for the U.S. government, with dimming odds of hashing out another coronavirus relief package. Photographer: Stefani Reynolds/Bloomberg

Legislators are awaiting a ruling by the Senate parliamentarian on another component of the bill — Biden’s proposed hike in the minimum wage to $15 an hour. House Speaker Nancy Pelosi said a decision on whether the measure qualifies for inclusion in the budget procedure that Democrats are using could come at any time.

The House Rules Committee plans to complete the chamber’s work on the Covid-19 aid legislation on Friday, clearing the way for a floor vote as soon as that same day. Focus then shifts to the Senate, with congressional leaders pledging to send the bill to the White House by March 14.

Senate Democrats will begin efforts to make the expanded child credit included in Biden’s Covid-19 relief plan permanent after Congress enacts the aid bill in coming weeks.“As soon as we pass the Recovery Act, we will fight to make it permanent,” Senator Sherrod Brown, an Ohio Democrat, said of the enlarged tax credit. The Biden administration has been “beyond cooperative” on working to strengthen the credit, he said.The stimulus bill would greatly expand the child tax credit, which is currently $2,000 per child. Parents of children five and under would get $3,600 a year and those with children age six to 17 would get $3,000 under the legislation. The payments would also be sent monthly, so that families could use the money to cover expenses throughout the year.Senator Michael Bennet, a Colorado Democrat, said he is “confident” that Congress will approve a permanent version of the expanded child tax credit.

It’s unclear how or when such a bill would pass. Some Republicans, including Senator Mitt Romney of Utah and Marco Rubio of Florida, support bolstering tax incentives for children, though it’s not clear that at least 10 GOP members would join with Democrats on a bill.A one-year expansion would cost more than $109.5 billion, according to an estimate from the non-partisan Joint Committee on Taxation. A permanent expanded child tax credit could cost many multiples of that.

Senate Majority Leader Chuck Schumer said Thursday’s jobless-claims data, which showed 730,000 Americans filed for unemployment insurance in the latest week, illustrate the need for Biden’s Covid-19 relief plan. While the figure was down more than expected from the previous week, Schumer highlighted that it remains above the worst reading during the 2007-09 recession.

“We cannot take our foot off the gas,” Schumer said on the Senate floor Thursday. “The American people should expect nothing less.”

Democrats want to work with Republicans, and included Senate amendments that had bipartisan vote during the debate over the budget-resolution that enabled going ahead with the the relief legislation, Schumer said. “But at the end of the day, we cannot let obstructionism stop us,” he said in committing to go ahead with the bill without GOP votes.

“The Senate will soon take action on our plan to solve this crisis,” one with strong public backing, he said.

Disclaimer: Fusion Media would like to remind you that the data contained in this website is not necessarily real-time nor accurate. All CFDs (stocks, indexes, futures) and Forex prices are not provided by exchanges but rather by market makers, and so prices may not be accurate and may differ from the actual market price, meaning prices are indicative and not appropriate for trading purposes. Therefore Fusion Media doesn`t bear any responsibility for any trading losses you might incur as a result of using this data.
READ  Alibaba accepts record China fine and vows to change