‘Proud to show my body the way it naturally is’: Demi Lovato shows her svelte figure in black brassiere as she declares image has no help from Photoshop

She isn’t afraid to show off what mother nature gave her.

And Demi Lovato showed her fans on Instagram on Tuesday she is also happy for them to see her as she is, without the help of photoshop.

The singer took to social media and posted a snap of herself wearing ’50s style underwear. 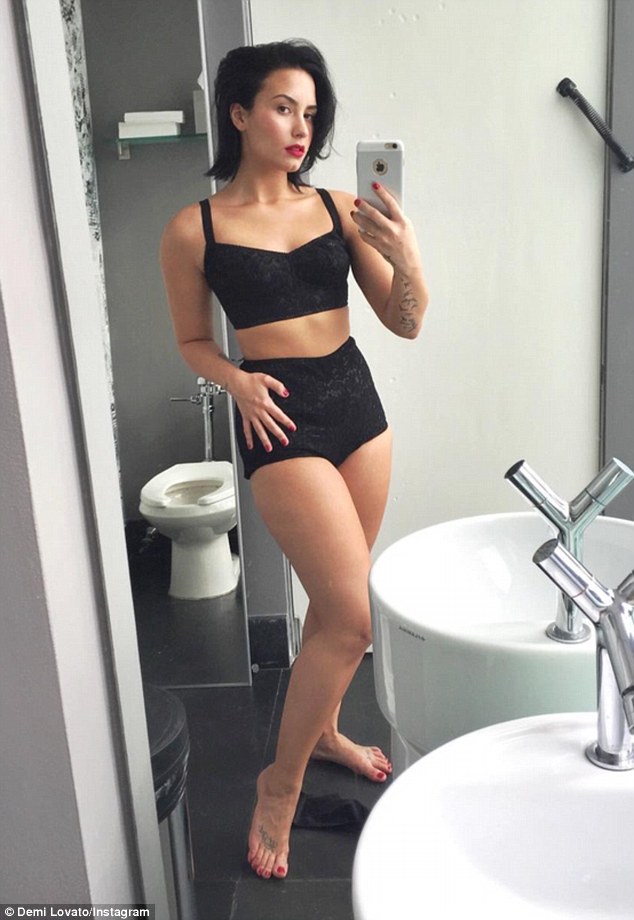 Nothing to hide: Demi Lovato posted a selfie on Tuesday and said it was au nautrel – no photoshop

The svelte 23-year-old looked fabulous as she flaunted her taught curves.She captioned the image: ‘Posting a #nophotoshop pic because I’m proud to show my body the way it naturally is.. (And there was great lighting…)’

She revealed she was taking part in a photo shoot for Allure and was on a break.

Standing in the bathroom, Demi wore a black brassiere and high waisted knickers.

Her hair was coiffed to the side in a sophisticated side part, and she wore crimson lipstick.

Demi has said previously she is happy to show off her body and she is proud of her physique.

In October, she posed for a series of nude photographs for Vanity Fair.

The singer agreed to the spontaneous shoot on the condition that it be make-up free and that the magazine would not retouch the photos.

‘Sometimes you just have to say f*** the photoshop,’ she captioned the revealing images when sharing them on Instagram.

‘What’s wrong with being confident?’ she added. 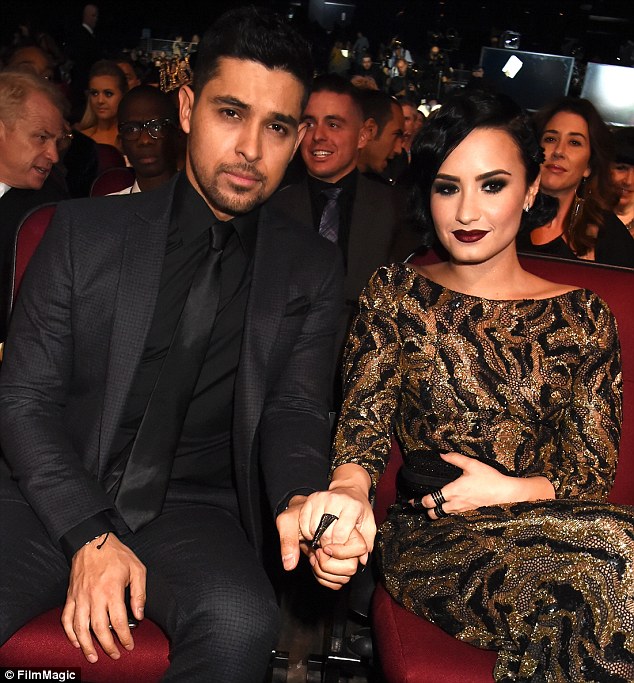 Support: Demi says her boyfriend Wilmer Valderrama prefers her au naturel – they are seen here at the 2015 American Music Awards in November

She also told People magazine she now feels the most beautiful when she’s naked. The Confident hit maker added: ‘Just completely stripped down, completely organic, me.’

The chart topper also added that her boyfriend Wilmer Valderrama, 35, likes her fresh faced. ‘Actually Wilmer likes me best without makeup, so when we’re able to have a date, I go without makeup on,’ she said. ‘He tells me every day that I’m beautiful.’

The Cool For The Summer singer, who has been open about her issues with bipolar disorder, self-harm, eating disorders and addiction, also shared her belief that true beauty is more than skin deep.

‘I feel like beauty comes from within and exudes out,’ she told the magazine. 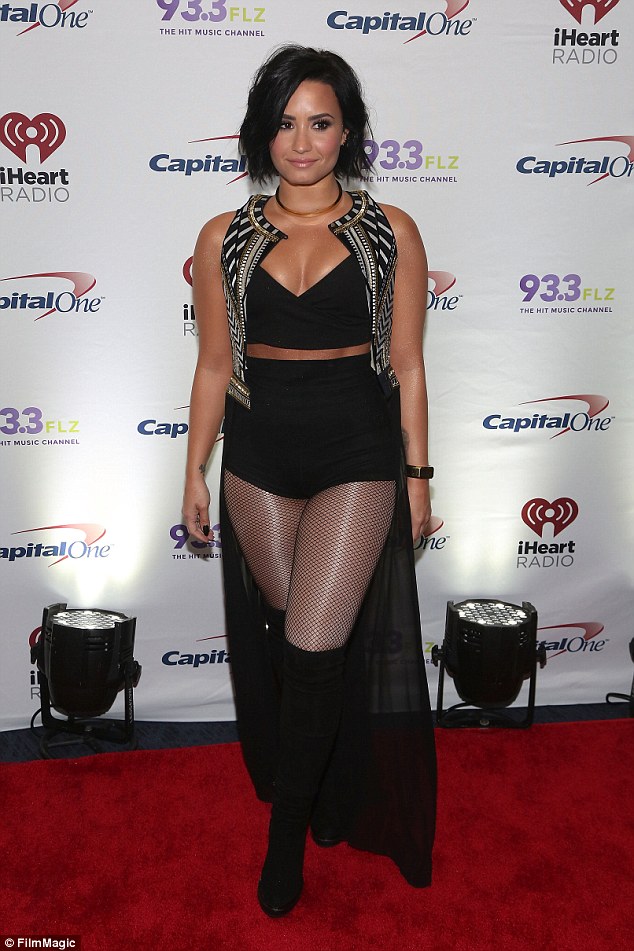 Beauty: The singer, seen here in December, says she feels most beautiful when she’s naked

Courtney Stodden admits she tried to commit suicide after deciding to get divorced: ‘I didn’t see a way out of all the pain’