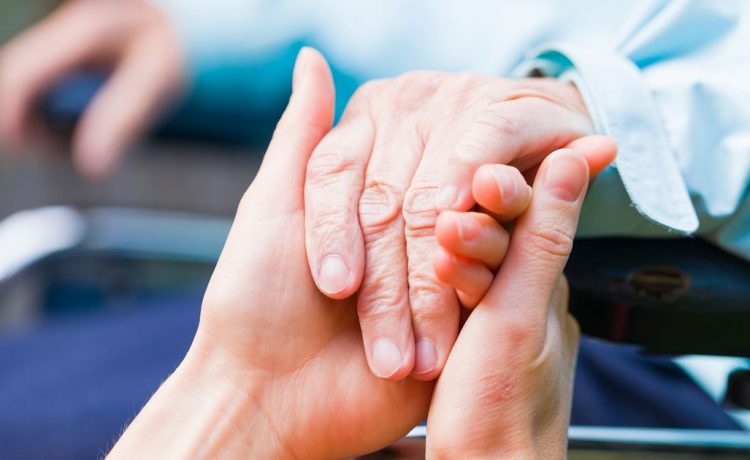 Entering Downing Street in July 2019, Boris Johnson insisted: “We will fix the crisis in social care once and for all, with a clear plan we have prepared.”

But 20 months later, the National Audit Office delivers a scathing judgement on the Government’s lack of a long-term strategy.

It says: “Despite many years of government papers, consultations and reviews, the Department (of Health and Social Care) has not brought forward a long-term plan for care.

“The pandemic has delayed promised reforms as government prioritises the Covid-19 response.”

The Whitehall spending watchdog says the DHSC “has not met previous commitments to tackle recruitment and retention challenges for the 1.5 million people who work in care. It has not produced a workforce strategy since 2009, despite committing to do so in 2018”.

The NAO accuses the ministry of not having “a clear strategy to develop accommodation for adults with care needs” and says it “does not monitor the condition of current accommodation itself”.

“Uncertainty about future funding and care policy mean providers are reluctant to invest in accommodation,” says the office.

“Funding for new investment is ad-hoc with no co-ordinated, long-term vision across government about how new accommodation will be developed or existing accommodation adapted to meet care needs”.

It warns that Government moves to give town halls responsibility for funding care through council tax could “disadvantage those areas with a lower tax base”.

Health Secretary Matt Hancock has said plans for reform will be unveiled later this year.

NAO chief Gareth Davies said: “The lack of a long-term vision for adult social care coupled with ineffective oversight of the system means people may not get the care that best supports them.

“The Department of Health and Social Care has increased its focus on adult social care in response to the Covid-19 pandemic.

“It needs to build on this to ensure that its long-awaited reforms deliver affordable, high quality and sustainable adult social care for the future.”

Danny Mortimer, chief executive of the NHS Confederation, which represents NHS organisations, said: “The findings of the NAO report once again highlight the serious cracks in the foundations of the social care sector.

“The social care system is in urgent need of radical reform and significant investment – the Government must now rapidly deliver on its manifesto pledge to transform the sector.”

Pointing to the Prime Minister’s July 2019 claim to have plan, Shadow Care Minister Liz Kendall said: “This plan is still nowhere to be seen.”

She added: “This report highlights what we have known for a long while – that long-term reform for social care is needed as an urgent priority.

“The Government must bring forward their plans for reforming social care, and ensure that these vital services get the support and resources they so desperately need.”

Commons Public Accounts Committee chairwoman Meg Hillier warned: “This unsustainable situation can’t go on, government must get a grip on the crisis in social care and it must do it now.”

The Local Government Association’s community wellbeing board chairman Ian Hudspeth said: “As the NAO recognises, short-term funding and ongoing uncertainty has made it difficult for councils, which are already facing significant financial pressures, to plan for care and support services in the long-term.

“The Government should urgently bring forward its proposals on the future of adult social care, including a timetable for reform, as soon as possible and before the summer parliamentary recess.”

Care England chief executive Professor Martin Green said: “The Covid-19 pandemic has shown the importance of social care and the need to regard it as part of the national infrastructure.

“Care England stands ready to support the Government in developing a new vision for social care that is properly funded, understood, and respected by everyone”.

Mr Johnson last night told the Commons Liaison Committee there was a “gulf between the NHS and social care into which so many people fall, and that’s a problem we need to fix”.

Admitting ministers needed “a 10-year plan”, the PM added: “The Government will be bringing forward our proposals on social care and social care reform later this year.”

A Department of Health and Social Care spokeswoman said: “Delivering a care system fit for the future is a top priority and we will bring forward proposals for social care reform later this year.

“We are providing councils with access to £1.5billion in additional funding for social care in 2021-22, on top of a further package of support worth £3billion to support local authorities and help address the additional pressures, including on adult social care, during the pandemic.

“We have just announced a further £341million to support rigorous infection and prevention control measures and rapid testing to keep people safe as we start to cautiously ease lockdown restrictions.”

The Mirror is campaigning for Fair Care for All.