NewsGroove Uk
NewsGroove Uk > TV > Deep Water on ITV: How is it different from the Paula Daly books?
TV

Deep Water on ITV: How is it different from the Paula Daly books? 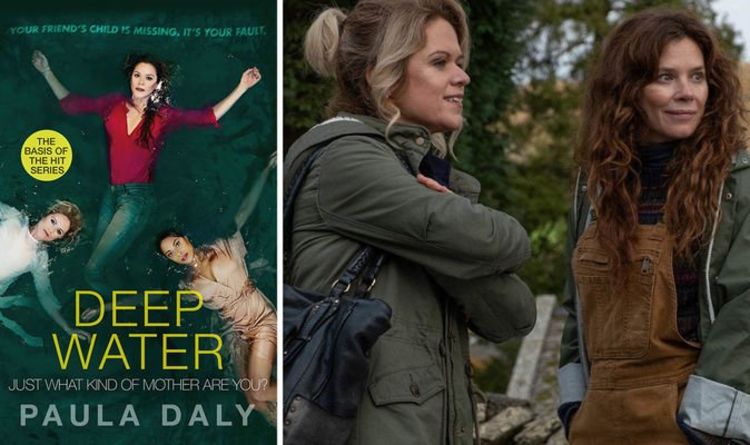 ITV’s hot new drama Deep Water, which is airing on Wednesdays and is available in full on ITV Hub, is adapted from the Windermere novels by Paula Daly. The show is based on the first two books in the series Just What Kind of Mother Are You? and The Mistake I Made. There are some major differences, however, between the books and the TV show.

How different is the Deep Water series from the books?

In translating the books to the screen, the makers of Deep Water had to make some changes.

We can see some of the major ones by looking at the synopsis for the two books.

The blurb for the first novel reads: “What if your best friend’s child disappears? And it is all your fault.

“This is exactly what happens to Lisa Kallisto, overwhelmed working mother of three, one freezing December. She takes her eye off the ball for just a moment and her whole world descends into the stuff of nightmares.

“Not only is thirteen-year-old Lucinda missing, and not only is it all Lisa’s fault, but she’s the second teenage girl to disappear within this small tightknit community over two weeks.

“The first girl turned up stripped bare, dumped on a busy high street, after suffering from a terrifying ordeal. Wracked with guilt over her mistake and after being publicly blamed by Lucinda’s family, Lisa sets out to right the wrong.

“As she begins peeling away the layers surrounding Lucinda’s disappearance, Lisa learns that the small, posh, quiet town she lives in isn’t what she thought it was, and her friends may not be who they appear, either.”

Though the series keeps the story of Lisa (played by Anna Friel) inadvertently causing the disappearance of Lucinda (Indeyarna Donaldson-Holness), the plotline involving another missing teenage girl was removed.

READ MORE: Deep Water on ITV cast: Who is in the cast of Deep Water?

Instead, they replaced this with a major plotline from the second book The Mistake I Made.

The blurb for that novel reads: “Roz is a single mother, a physiotherapist, a sister, a friend. She’s also desperate.

“Her business has gone under, she’s crippled by debt and she’s just had to explain to her son why someone’s taken all their furniture away.

“But now a stranger has made her an offer. For one night with her, he’ll pay enough to bring her back from the edge.”

READ MORE: Deep Water on ITV: Where is missing girl Lucinda? Who has taken her?

In Deep Water, the story of Lucinda’s disappearance is combined with the story of Roz (Sinead Keenan) and the offer made to her by one of her physiotherapy clients, Scott Elias (Gerald Kyd).

Speaking to Bustle, Deep Water writer Anna Symon explained that she combined the two novels to: “Create one ensemble cast, whom an audience would (hopefully) fall in love with and want to return to.”

In the books, Roz and Lisa do not know each other, but one character from the series appears in both books.

Symon explained: “Detective Joanne Aspinall (Faye Marsay) features in both books. So, although this is by no means a police procedural show, Joanne became a key link between our stories. We were off.”

READ  Sandra Oh on ‘SNL’: 3 Sketches You Have to See