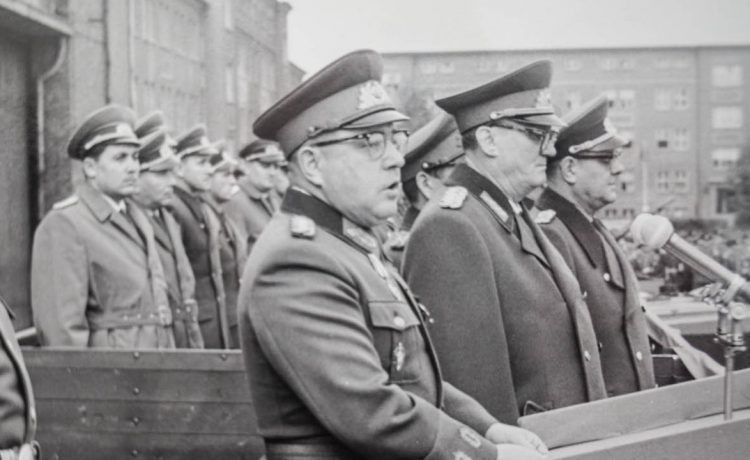 The release of a series of top-secret Stasi tapes is shedding light on the inner workings of the once-feared German police agency.

The 14 highly classified recordings were once held by the agency’s elite training school, the Institute of Operative Psychology in Potsdam, and “offer a rare and candid glimpse into the corrupt heart” of one of the most hated and feared institutions of the East German communist government, The Times reports.

Files and other information about the work done by the Stasi are already available to the public, but “these tapes are different”, says the newspaper, which was granted access to the recordings by the Stasi Records Authority following their release for a podcast series by regional public broadcaster SWR.

According to The Times, the tapes reveal the agency’s “tradecraft, its insecurities, its obsessions, its internecine power struggles, and above all the ideological blinkers that blinded it to the forces that would bring about its eventual collapse”.

Among the most disturbing recordings is the 1984 interrogation of a young woman branded a traitor for seeking permission to visit her sick mother in West Germany.

The woman has already been stripped of her socialist party membership card – “her passport to security and status,” the paper explains – and lost her job as a teacher, and is working as a cleaner in order to feed her son.

In a striking example of “the silken glove that sometimes concealed the iron fist”, she finally agrees to serve as a Stasi informant in return for being allowed to go the West to care for her mother.

“I’m glad you have not disappointed me,” says the Stasi agent, who adds: “You must commit this rule to memory: no one can know you’re working for us.”

The release of the tapes comes after files kept by the Stasi were published on a German government website in 2015. However, the authorities did not publicly release any files on living individuals, for privacy reasons, as The Telegraph reported at the time.

Stasi officers “kept an iron grip on every aspect of life inside East Germany”, but tried to destroy their internal records when the Berlin Wall fell in 1989, says the newspaper. But the files were saved by East German citizens who stormed Stasi offices in the city of Erfurt.

Earlier this year, researchers at the Stasi Records Agency released an analysis of the former police institution’s vast photographic archive, which illustrated the state’s “untrammelled paranoia” about the dangers of being overthrown, according to The Guardian’s Berlin bureau chief Philip Oltermann.

“A football kicked over a wall, a lightbulb thrown out of a window, a suspiciously unkempt lawn; for East Germany’s secret police, even the most mundane event was recorded as potential proof of the capitalist enemy trying to sabotage life in the socialist republic,” Oltermann wrote.