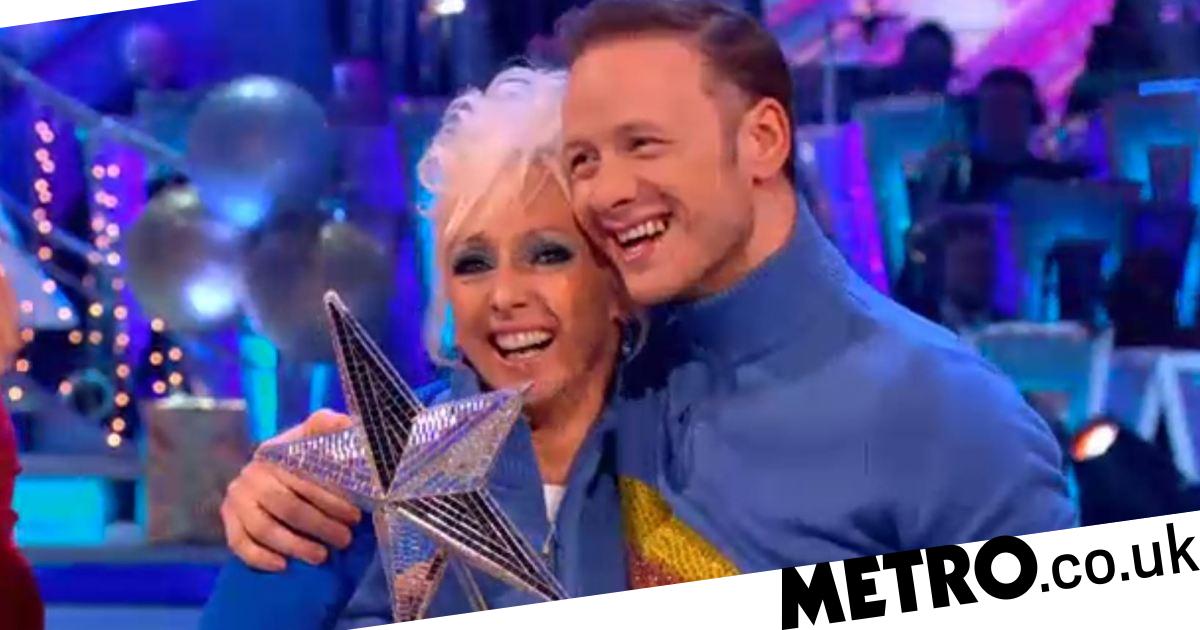 Debbie McGee and Kevin Clifton have been crowned the Strictly Come Dancing Christmas king and queen of the ballroom in an all-out festive spectacular.

The win means that it’s the first time in Strictly history that a pro has won all three fought-for glitterballs within the space of a year.

Speaking about the win, Debbie said: ‘I just wasn’t expecting it! It’s just amazing but you know, everybody has been fantastic because we all had a great time, and everyone did such great dances.’

Debbie and Kevin faced-off with five other returning celebrities who came back for one last boogie on the dancefloor in the Christmas one-off which went all out to feel as festive as possible.

Their winning routine was a quickstep to Michael Bublé’s version of Jingle Bells – which scored them a perfect 40 from the judges.

But they had some competition from Joe Sugg and Dianne Buswell in particular, who also got a perfect 40 for their street/commercial dance to Sleigh Ride.

In the end it was down to the audience to decide who won – and Debbie and Kevin took the gold.

Mark Wright and Janette Manrara:
Salsa to ‘Christmas Wrapping’ by The Waitresses – Score: 35

Chizzy Akudolu, Gemma Atkinson, Mark Wright and Richard Arnold also gave it their all in their own routine – with Richard in particular putting on a hair-raising performance as the all-in green Mr Grinch alongside Luba Mushtuk.

The return to the dancefloor was also a major sentimental moment for Gemma, who was performing for the first time with real-life partner Gorka Marquez, five months after giving birth to their daughter Mia.

She had previously told us of the value of the routine to her, as it was because of the show they met for the first time back in 2017.

Winner Kevin has a lot to be chuffed about after winning the 2018 series with Stacey Dooley, the Children in Need special with EastEnders star Maisie Smith, and now the Christmas special silver star.

He’s the only pro to ever achieve all three within the space of a year.

MORE: Strictly Come Dancing: Debbie McGee at ‘risk’ of missing show after Kevin Clifton nearly ‘kills’ her off in rehearsals

READ  Jon Kay jibes at BBC weather presenter ‘we don’t need you’ as he starts to walk off set
Share on FacebookShare on TwitterShare on PinterestShare on Reddit
newsgrooveDecember 25, 2019