Taking to Instagram, the 28-year-old shared an intimate photo of her postpartum figure while posing in a white bra and underwear. 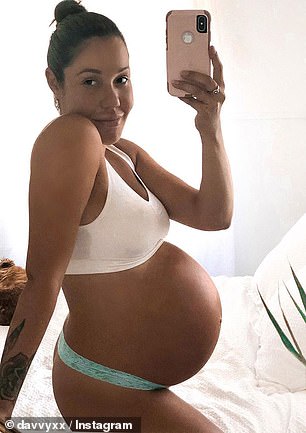 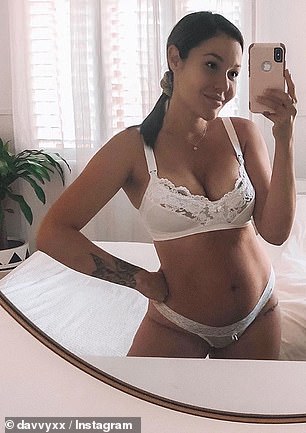 Before and after: Former MAFS star Davina Rankin has marvelled at her ‘incredible’ body after pinging back into shape three weeks following the birth of her first child, Mila-Mae. She is pictured left during her pregnancy, and right, on Friday

‘The woman’s body is an incredible thing,’ Davina wrote in the caption, as she flaunted her toned stomach in the racy lace lingerie set.

‘My body has completely transformed over the last ten months, from literally looking like I’m smuggling a watermelon under my dress, to getting that watermelon cut out of my tummy to now only three weeks later watching everything come right back to where it almost was,’ she said.

Adding: ‘My body has grown little human arms and legs and now it continues its work by keeping my little human alive by nourishing her with everything she needs’. 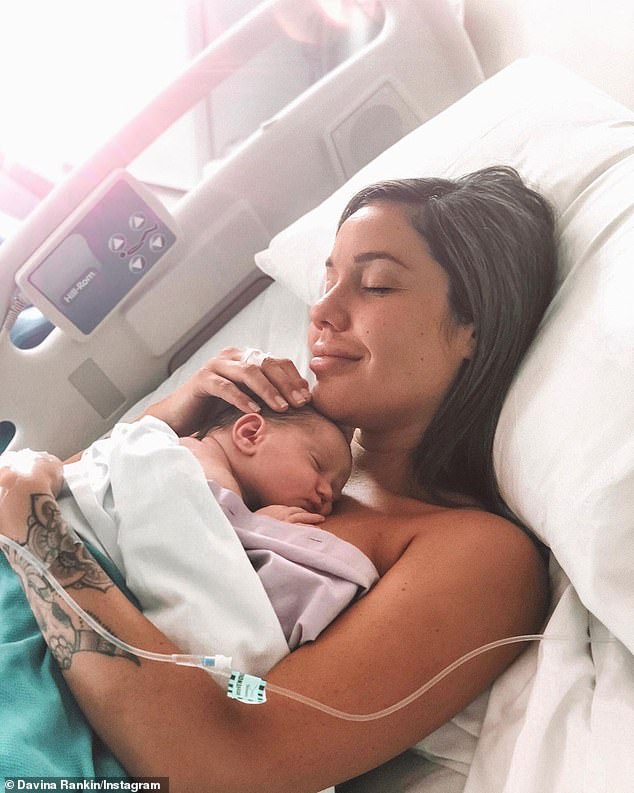 Despite being portrayed as a ‘villain’ on MAFS last year, it’s clear Davina has a big heart and has embraced motherhood with arms wide open.

She confessed that pregnancy had given her a renewed sense of ‘respect’ for her body, and admitted that since giving birth her mindset toward her body had shifted.

‘I thought I would be hell bent on getting straight back into the gym and on a mission bounce back but to be honest, I am happy being gentle with myself and enjoying the little things like my morning walks,’ she said. 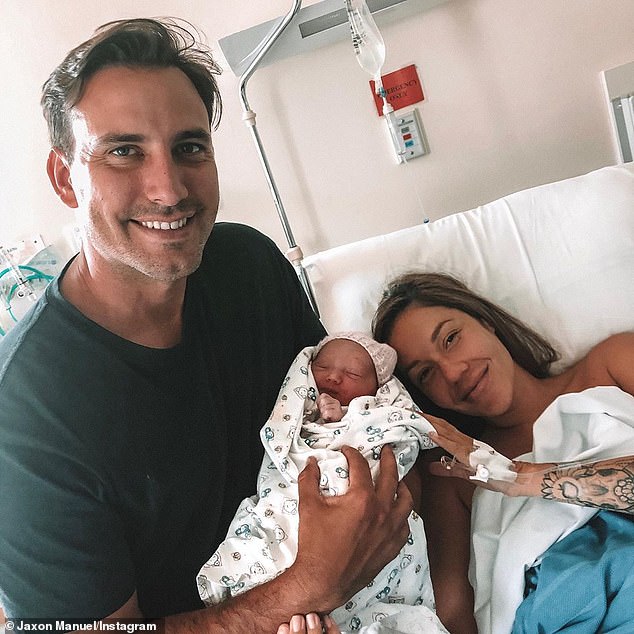 So sweet! Jaxon and Davina began dating several months after she filmed Married At First Sight season five, which aired early last year. The pair recently moved in together in Brisbane. Mila-Mae is their first child

Davina went on to admit that when she looks in the mirror now, instead of ‘nit picking’ she is left awestruck and ‘amazed’.

‘I love this body and I love what this body has done for our family. I will definitely be spending my time nourishing it instead of judging it from now on,’ she concluded.

The pair recently moved in together in Brisbane. Mila-Mae is their first child.

EastEnders: Will Ben Mitchell die? Is Keanu Taylor back for revenge?

Dracula: could Frankenstein be next for Gatiss and Moffat?

Ewan McGregor turns heads as he drives to breakfast in a $120,000 vintage Rolls Royce