David Moyes reckons Ole Gunnar Solskjaer can ­prosper at Manchester United — but has warned the club legend he faces a “tough season”.

He admits he will always be disappointed that he failed to carry on Fergie’s run of success.

United hastily pulled the ­trigger, but five years on appear no better off – having also dispensed with Louis van Gaal and Jose ­Mourinho since.

They finished sixth last term – for the second time in three seasons – as were as near in points terms to relegated Cardiff as they were to champions Manchester City, despite Van Gaal spending £260million and Mourinho a further £360m.

But Moyes says the recent acquisition of 21-year-olds Aaron Wan-Bissaka and Daniel James shows the club and ­current manager Solskjaer have changed course and gone back to traditional United ways.

The 56-year-old Scot said: “It is a tough job. You have seen how tough it has been for myself, Louis van Gaal and Jose ­Mourinho – very experienced managers have found it difficult.

“I think it will be another tough season for Ole, but he is trying to do everything to get it right. I hope he is successful. But there are massive ­expectations.

“Ole will be aware of that and know he has to do well.

“They have now chosen to sign some young players, and when you look back they signed Wayne Rooney from us at ­Everton aged 18. Cristiano Ronaldo was also 18 when he joined, so over the years they have had a policy of signing young players and many of them have been the best up-and-coming future stars.

“I think Man United just need to follow their values of old.”

Moyes felt Old Trafford was a ­perfect fit for him after 11 years at ­Everton when he got the chance to follow Ferguson.

The job proved hugely ­challenging and he was axed in the April with United sitting seventh. But he would surely have been more ­successful if the club had landed his main transfer targets, Gareth Bale and Cesc Fabregas.

But the person Moyes is most frustrated with, after inheriting a title-­winning squad, is himself.

He reflected: “I would have loved to have done much better. It was a great ­opportunity and a job I felt I fitted.

“I am more ­disappointed with myself that I didn’t make it work. I believe I am much better than what I showed. I had to do better. There were ­mitigating ­circumstances. When you look at it now, what Sir Alex got from the squad to win the league is remarkable.

“What I didn’t get was time.

“Do I believe United would be in the Champions League now? Yeah I do, if I had been in charge.

“Do I believe we would have a much more stable club? Yeah, I do. I have also got to admit in the short time I was there, I had to win more games.

“I had a really good squad, but an ageing squad. I only signed two players, other ­managers have signed lots. I didn’t think United needed to sign bundles of players, but needed to do it gradually.

“I didn’t think I was going to be under pressure after six or 10 months because that wasn’t the club’s values. Maybe I was naive and I should have realised that quicker.

“It was a squad which was changing and ­ageing, and very attached to the ­previous manager – and rightly so. It was going to take a bit of time for them to get used to me but I wouldn’t have changed or altered what I did.”

Moyes is now looking for a new top-tier challenge after turning down several offers at home and abroad.

He reports on Champions League and Nations League games for UEFA from a ­technical perspective and ­remains in demand as a speaker on their coaching courses.

Among the many topics he covers is his reign at ­United, and what might have been.

Where would Manchester United be if David Moyes was still manager? 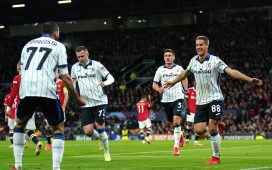 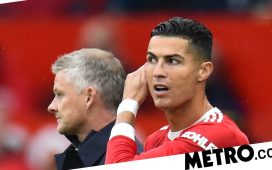 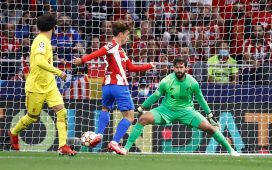