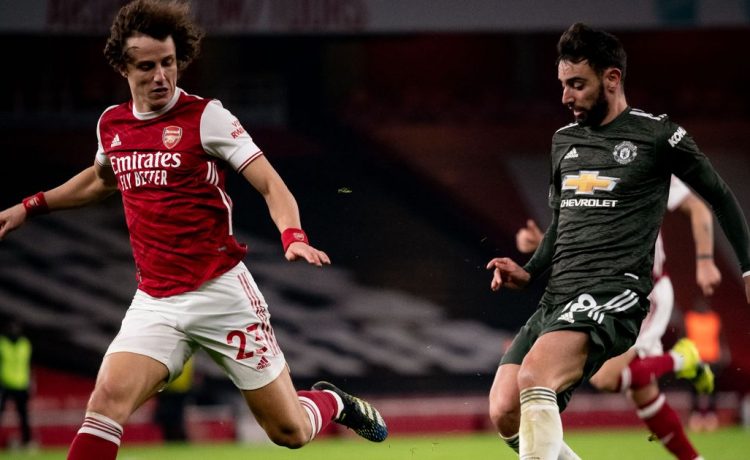 David Luiz insists Mikel Arteta is doing a “great job” at Arsenal while maintaining his ambition will always be to win the league.

The Brazilian helped ensure the Gunners’ unbeaten run stretched to seven games as they held Manchester United at the Emirates.

Arteta saw his side go winless in the league for almost two months as they slid down the league.

But a win against Chelsea in late December ignited a resurgence and they have picked up 17 points from a possible 21 since.

The likes of Bukayo Saka and Emile Smith Rowe have been crucial to their improved form, although the former was absent against United.

And Luiz admits the team is in a good place but they will always aim for the summit whilst it is possible.

He told Sky Sports:”I’m frustrated because we love to win. We tried our best, that’s it.

“We have to try to improve every day, you have to be humble and to admit what you need to improve.

“The boss is doing a great job, the young boys are fantastic and I think we are starting to create a real team with a real atmosphere.

“But if you don’t work hard every single day things can change. The boys are happy because we have turned around a very difficult moment in our season.

“You have to be humble because we are far from the first positions. We have to think game by game and at the end of the season we will see how far we can go.

“The ambition is to be fighting for the first positions – that ambition has to be there.

“This is what we have to put in our minds every single day.”

Arsenal’s draw means they go above London rivals Chelsea, although they have played a game more.

They remain six points off Liverpool in fourth, who themselves have a game in hand.