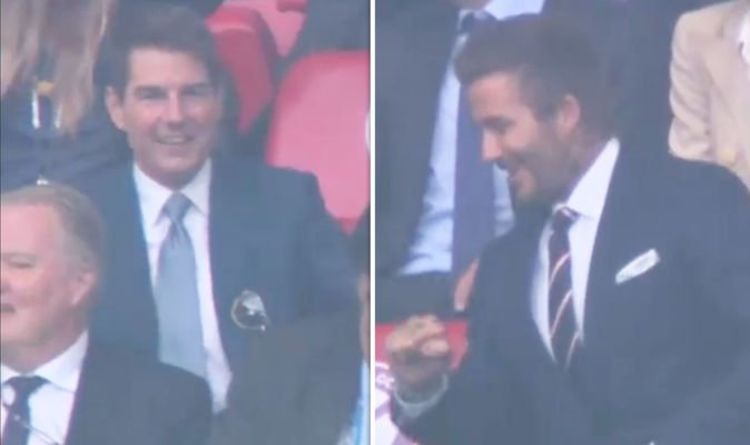 England have got off to a dream start at the Euro 2020 final against Italy with their first goal scored just two minutes in. As 25-year-old Luke Shaw and his team mates celebrated his goal, former captain David Beckham, 46, and actor Tom Cruise, 59, were seen fist pumping to celebrate.

One wrote: “David Beckham and Tom Cruise celebrated with a fist pump in the crowd.”

“That David Beckham and Tom Cruise fist pump tho #EnglandvsItaly,” a second added.

A third commented: “That Beckham and Tom Cruise fist pump was outrageous.”

“They all thoroughly enjoyed the experience and, yes, they’ve had a good week… Ed Sheeran and Tom Cruise – the life of an England footballer,” he added.

Tonight’s match marks the first time England has advanced to a final in 55 years.

They haven’t won a major tournament since the World Cup in 1966.

Up until their match against Denmark earlier this week, they hadn’t conceded a goal.