Darren Gough will work with England’s seamers before their upcoming two-Test series in New Zealand after being hired on a short-term consultancy deal. The 49-year-old is a former Yorkshire teammate of Chris Silverwood, whose promotion to head coach at the start of the month left a vacancy in the backroom staff.

Though not expected to be a contender for a full-time bowling coach role due to his commitments with TalkSport, Gough will join the squad for their two-week warm-up period before the first Test in Mount Maunganui that begins on 20 November. Earlier this month Jeetan Patel was appointed as a spin-bowling coach for the tour on another short-team deal.

Silverwood said: “I’m delighted to have Darren on board. I have known him a long time and his vast knowledge and experience at international level will drive our bowling unit forward leading into the two-match Test series. He will be excellent around the group and will settle in quickly.”

Gough, who claimed 229 Test wickets during his playing career, has been invited to England training sessions previously. While he has forged a media career since retiring as a player in 2009, the former fast bowler has also taken his coaching badges up to level three.

He said: “It is a tremendous honour to be asked by Chris Silverwood and [the director of England cricket] Ashley Giles to be involved in this elite environment. I very much look forward to working with all the bowlers and helping them improve.

“I will gain a lot from the experience and to work at this level will benefit me as a coach for the long-term. I can’t wait to get cracking.”

England’s Test players touch down in New Zealand on 5 November with Graham Thorpe, the batting coach, set to break away from the back-end of the five-match Twenty20 series and lead the start of their preparations in Whangarei.

Garoppolo will seek to channel Brady 'calm' in Super Bowl 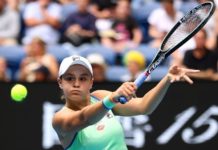 Barty on a roll, moves into fourth round 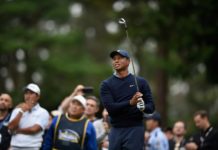