House of Ashes is now confirmed to be the third game in the ongoing Dark Pictures Anthology, following on from 2019’s Man of Medan and 2020’s Little Hope.

Like those two games, House of Ashes is a horror game that lets you flit between multiple characters as you explore the interactive narrative, with the option to play either on your own or in local or online multiplayer.

Since the Dark Pictures series is an anthology, House of Ashes tells its own story with its own set of characters, so there’s no need to have played either of the previous games to get in on the fun.

When is the House of Ashes release date?

House of Ashes is so far only confirmed to launch some time in 2021.

Man of Medan, the first Dark Pictures game, launched in August 2019, while the follow-up Little Hope hit a Halloween-y October 2020 date. That makes a specific date hard to predict, but we wouldn’t be too surprised if publisher Namco Bandai tries to make the series an annual Halloween release, so October 2021 seems like the safest bet for now.

What platforms will the next Dark Pictures game launch on?

Man of Medan and Little Hope both releases on PC, Xbox One, and PS4, so unsurprisingly House of Ashes is coming to the same three.

Given the timing it’s no surprise that it will also launch on PS5 and Xbox Series X/S, but we don’t know yet what sort of fancy next-gen enhancements we can expect on the newer consoles.

Watch the House of Ashes trailer

There’s only one teaser for House of Ashes so far, which Little Hope players will have seen at the end of that game – though helpfully it’s also on YouTube for the lazy among us:

What is House of Ashes about?

So far the Dark Pictures Anthology has covered a ghost ship in the Pacific and a witch-infested town in Massachusetts, but now it’s heading into a war zone.

This will be the first Dark Pictures game set primarily in the past, as it’s set in Iraq, 2003, following a squad of US soldiers in the conflict. 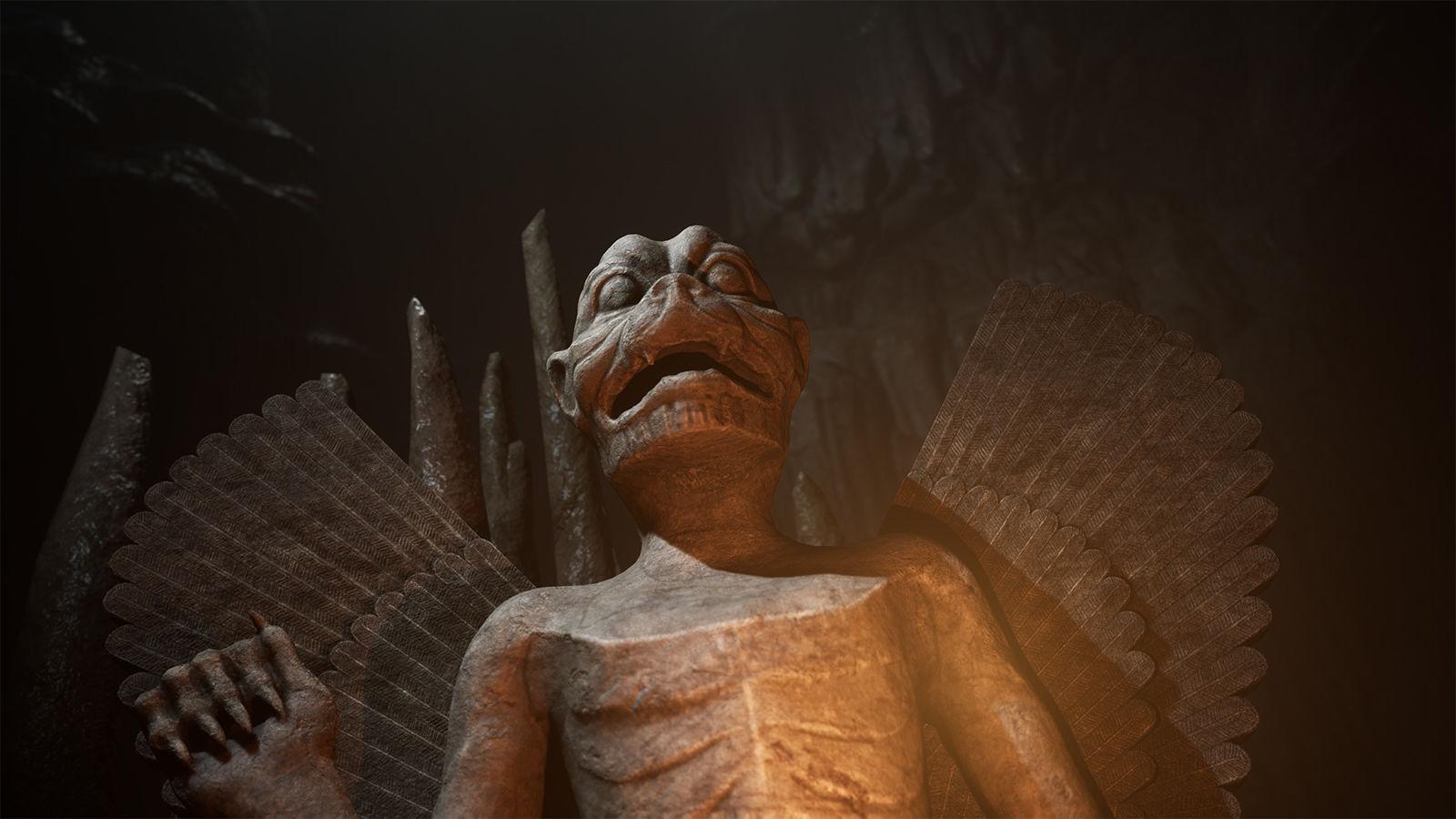 Iraq, 2003. As the conflict draws to a close, CIA field operative Rachel King joins an elite military unit on a raid of a suspected underground chemical weapons facility in the shadow of the Zagros Mountains.

Arriving at the coordinates, the unit is ambushed by a local patrol led by Sergeant Salim Othman. During the battle, an earthquake opens sinkholes in the ground, pitching both sides into the ruins of a buried Sumerian temple. In the darkness beneath the Arabian Desert, something evil is awakened. Savage and unstoppable, a nest of ancient and unearthly creatures has a new prey to hunt.

If you’ve played Man of Medan or Little Hope, then you should know what to expect – House of Ashes is unlikely to diverge too much, though you can probably expect a little more polish and finetuning, as we saw in Little Hope. 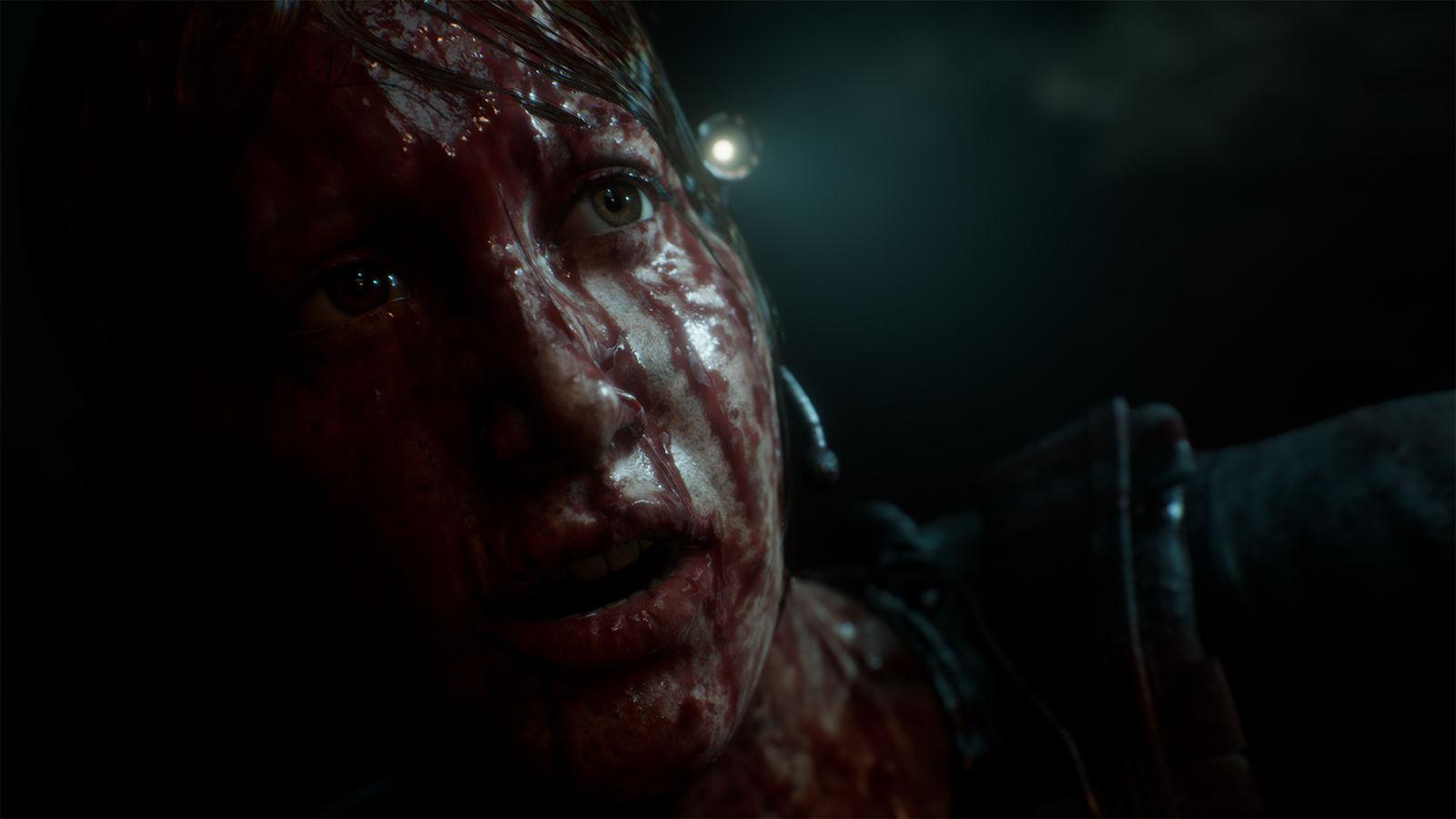 House of Ashes will be an interactive horror story where you jump between controlling the main characters, taking on different roles in each section. There’s a mix of direct character control and quick-time events, with a branching narrative that evolves and changes based on the choices and actions that you make.

READ  Sexism and harassment in the games industry isn't just about big names: the entire culture must change

Like the previous games it also includes two multiplayer modes: ‘Shared Story’ to let you play simultaneously together with a friend online; and ‘Movie Night’ where you play offline with up to five people and pass the controller around between you, taking turns to play.