Dark Crystal season 2 Netflix release date: Will there be another series? 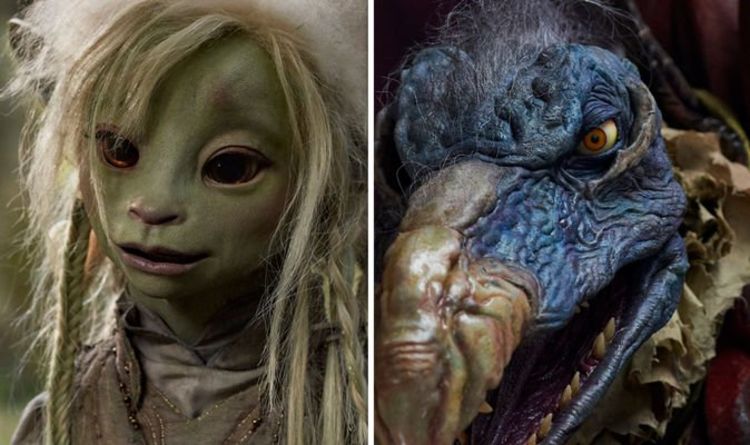 The Dark Crystal: Age of Resistance is available to stream and download on Netflix now. The entire series was produced by The Jim Henson Company in association with Netflix. Jim Henson was the creator and director of the original 1982 film. The 10-part series is a prequel to the film and stars the likes of Mark Hamill, Targon Egerton, Nathalie Emmanuel and Lena Headey.

Will there be another series of The Dark Crystal: Age of Resistance?

Netflix has not yet confirmed if there will be a second season of The Dark Crystal: The Age of Resistance.

However, there are high hopes for a second season amongst Dark Crystal fans after season one ended with a full rebellion.

Netflix does not reveal its ratings for individual shows, so it is hard to tell how popular Dark Crystal: The Age of Resistance has been.

The streaming giant also does not usually confirm renewals until four weeks after the series has premiered, so fans may have to wait a while for any news.

If The Dark Crystal season two is given the go-ahead, fans will have to wait until at least 2020 for the new series to drop.

Season one premiered on August 30 this year, so a late 2020 release date is highly possible.

However, there is the potential that season two could debut in early 2020, as the majority of puppets and sets for the characters now exist, meaning the show’s creators will not be beginning completely from scratch.

Express.co.uk will update this article when more information is available.

WHO STARS IN THE DARK CRYSTAL?

WARNING: This article contains spoilers about The Dark Crystal season 1

The Dark Crystal is a prequel to the 1982 film of the same name and follows three Gelfing as they uncover a dark secret about their overlords, the Skeksis.

At the end of seas one, the Gelfing’s had started a full out rebellion against the Skeksis.

The second season is therefore likely to follow this rebellion, eventually piecing the events the original Dark Crystal film.

Elements from the film such as the Gartjo War and the Wall of Destiny have not been addressed in the first season, so there is plenty of material to be included in the second series.

The first season also introduced its own plots that diverged from the original source material, such as Deet’s fate, so there is scope to create brand new content in season two.

HOW DOES THE DARK CRYSTAL FILM FIT INTO THE SERIES TIMELINE?

There are also a series of Dark Crystal books which served as an inspiration for the first season.

Co-Executive producer Javier Grillo-Marxuach told io9: “The YA novels sort of began to set a lot of that template for the kind of flower of Gelfling civilisation being in full bloom.”

Show writer, Jeffrey Addiss also teased a potential second season when asked about where the story is going.

Marxuach added: “This is not the only storytelling model for The Dark Crystal. You know there are creation stories that have been written.

“There are comics that have been written that are thousands of years before the events of the film.

“Doing The Dark Crystal means that the entire world of Thra and all of this iconography to play with, and we are not restricted by one time period. We have a story that we want to tell about these characters, but if there’s more Dark Crystal.

“This is an epic saga about a very interesting fantasy world, and there’s a lot of stories to be told.”

DOES THE DARK CRYSTAL HAVE AN AGE RATING?

If a second season is given the go-ahead it is likely all of the cast members will return.

This means Taron Egerton will be back as Rian, Anya-Taylor Joy as Brea and Nathalie Emmanuel as Deet.

Also likely to return is Helena Bonham Carter as Maura Mayrin/All-Maudra, Awkwafina as The Collector/skekLach, Mark Hamill as The Scientist/skekTek and Lena Headey as Maura Far.

Other potential cast members returning are:

The Dark Crystal: Age of Resistance is streaming on Netflix now