Dante6 has been awarded with the FD Gazellen Award by Dutch newspaper Het Financieele Dagblad. An award for one of the Netherland’s fastest growing companies. An achievement that should not be underestimated within the current landscape of the fashion and retail industry.

Eligible companies must have achieved an annual revenue growth of at least 20% for a continuous period of three years. As of last year, in addition to revenue growth, employee growth and the financial health of the company have also been taken into consideration. Receiving this award means that Dante6 is one of the 770 fastest growing companies in the Netherlands.

CEO Arlette Huisman: “This is really the crown on the already impressive result of Dante6. We owe this award to our sharp focus, a major professionalization and especially to the passion with which we create exactly what the Dante6 woman longs for.”

The impressive growth of the label can also be seen elsewhere. This year, Dante6 will open its first Amsterdam store on Utrechtsestraat where the brand will do everything it can to connect with customers.

The FD Gazellen Award is also the icing on the cake for Dante6 as the label is celebrating its 10-year anniversary next year. All these festivities ask for an appropriate celebration look. No need to look any further. Dante6 will launch a celebration capsule collection in honour of its anniversary year.

READ  From a Skittles mani to monotone hair: this week’s fashion trends
Share on FacebookShare on TwitterShare on PinterestShare on Reddit
newsgrooveOctober 31, 2019 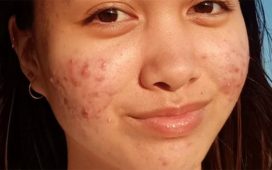 With salons preparing to open their doors again, here's what to expect at your next bikini wax

H&M shutsdown 95 shops in the US amid protests