CAPRICE has said she was rejected by strictly Come Dancing bosses because she starred on Celebrity Big Brother in 2005.

The model said she had approached the BBC One ballroom dancing competition in an effort to win a place on the show but was rejected by bosses.

Caprice, 48, told the Mirror: “I think Strictly would be a lot of fun but they are just not having it.

“They just say because I was on Celebrity Big Brother . We have approached them but they continuously say no.”

But the rejection shouldn’t sting too much as as well as her place on Dancing, the model married her millionaire lover earlier this year.

The lingerie model turned entrepreneur, 48, quietly wed millionaire financier Ty Comfort earlier this month at a London register office – heading off any chances of a Dancing on Ice ‘curse’ pouring cold water on their relationship.

The couple, who have sons Jax and Jett together, have been dating since 2011.

And their wedding came just weeks before her Dancing on Ice debut with pro Hamish Gaman in January.

One source  told The Sun on Sunday: “Caprice and Ty have an incredible relationship and have done for years, so this was always on the cards for them.

“But now that she is spending huge amounts of time in training for Dancing on Ice, they aren’t getting as much time together as they’d like.

“It has really made Ty appreciate what they have together. And that seems to have prompted his suggestion that they get married quickly and quietly, rather than wait longer to tie the knot in a big fancy do.

“They are very happy and looking forward to a family Christmas in Florida.” 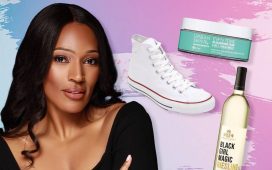 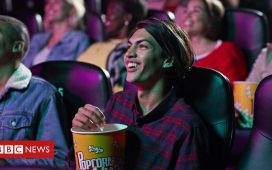 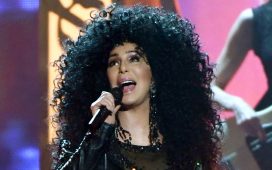