Dan Osborne has declared he’s had days when “smiling doesn’t seem possible” as he prepares to face his Jacqueline Jossa after I’m A Celeb .

The former EastEnders star, 27, gets out of the jungle tonight to be reunited with her husband and their two daughters.

However, there’s sure to be an awkward conversation between them as Dan, 28, has found himself at the centre of a cheating storm while she’s been in the jungle.

Dan has now shared a sweet picture of the couple’s two daughters and thanked them for getting him through the “tough” times.

He wrote: “As much as it’s been tough at times, they have been amazing for me in the past month while Jac has been gone.

“I am so lucky to have you girls and your big brother. Thank you my babies for putting a smile on daddy’s face every single day even on the days that smiling just doesn’t seem possible.

“You are all incredible and my world!! Now let’s go get mummy back!!!!”

The steamy romp is said to have happened after a night out in London following Dan’s appearance in CelebrityBig Brother with Chloe and Natalie last year.

READ  Jose Jose, one of Mexico's most-loved voices, dies at 71

Dan has furiously denied the claims, but it’s seemingly had a knock on effect has I’m A Celeb bosses reportedly cancelled plans to reunite the pair onscreen during her jungle stint.

ITV chiefs had reportedly planned for Jacqueline to get together with Dan on Saturday night’s ITV show.

However, show bosses apparently reckoned a jungle meeting with her love-rat husband could bring her to tears – and dramatically pulled the plug on the reunion.

Jac is in the running to be crowned queen of the jungle in tonight’s final, going head-to-head with Roman Kemp and Andrtew Whyement. 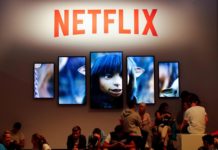