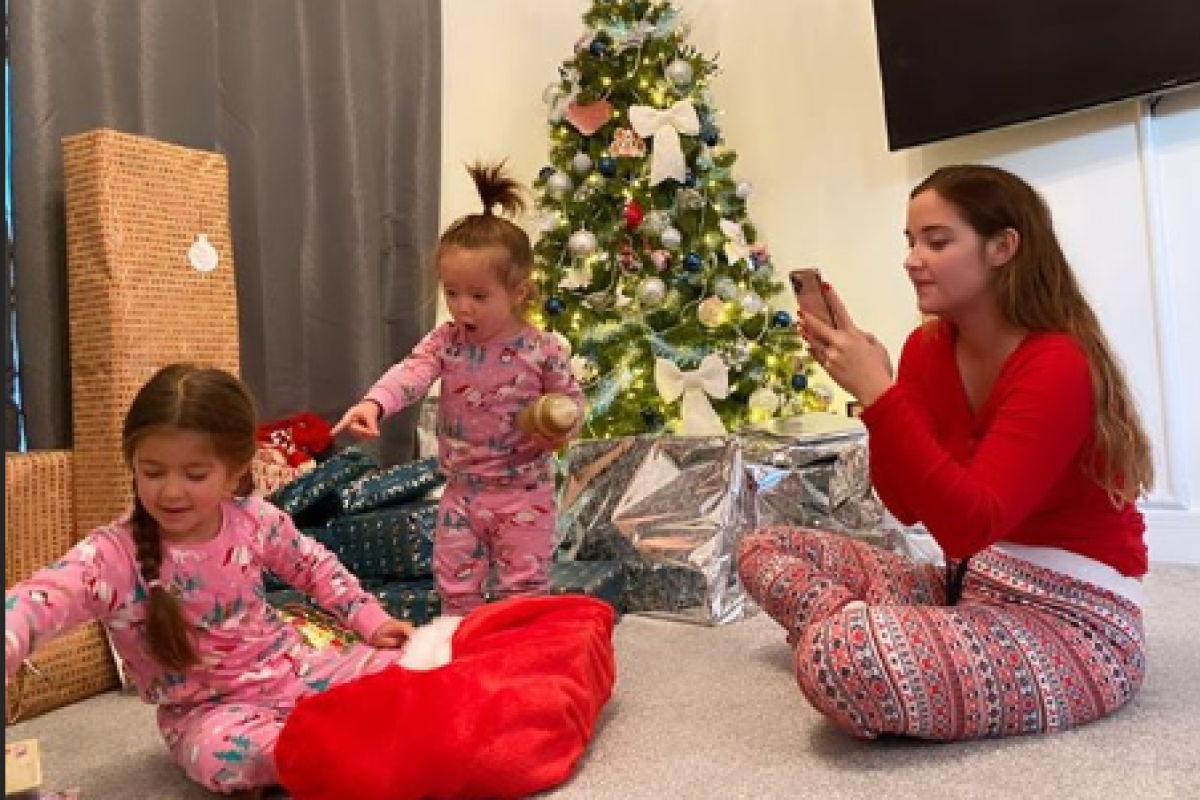 DAN Osborne has shared a picture of his wife Jacqueline Jossa and their daughters opening their Christmas presents this morning.

In the picture I’m A Celeb winner Jacqueline is seen on her phone while wearing her festive pajamas as Ella and Mia excitedly look at all the presents under their tree.

The couple have decided to stay together after the US reality star Natalie Nunn said she had bedded Dan during a wild night out last year.

In an exclusive interview, Natalie told The Sun how Dan had begged her to deny romping with him. She said: “It’s true, I had sex with Dan. I was drunk and it was a huge mistake.”

“As soon as Chloe’s story broke, Dan began messaging me. He was saying, ‘Deny it, deny it, deny it’. But I told him I couldn’t lie.”

It’s the fourth infidelity to rock Jacqueline and Dan’s marriage this year.

In June, The Sun exclusively revealed how Gabby Allen had sex with Dan during a holiday in Spain – which her I’m A Celeb campmate spoke with her about during the show, leading to Jacqueline almost storming out.

The former EastEnders actress addressed the cheating in her first TV interview on ITV’s Lorraine, a fortnight after leaving the jungle.

Jacqueline said: “This isn’t new for me. It got brought up again because of Myles but at the same time, I was glad it made me think about it, I didn’t have a choice but to think about it… but it helped me.

“I want to hit a restart button. It’s been two years of me basically giving him hell and it’s not like he’s got away lightly at all.

Dan also said sorry for the “mistakes which could have ruined his marriage” in a post online.