Dan Osborne admitted that he did ‘things he shouldn’t have done’ and is ‘very lucky’ to have Jacqueline Jossa after a recent cheating scandal.

The former Towie star took to his Instagram to reflect on the last decade and realised how ‘lucky’ he is to have the I’m A Celebrity…Get Me Out Of Here! winner by his side.

Dan has denied cheating on Jacqueline, and blasted people for trying ‘to drag them down.’

Sharing a picture of what he looked like in 2010 alongside a snap of him with his children, Dan wrote: ‘How things can change in a decade.

‘I was 18/19 in the first picture, now 28 and a lot has changed, I’ve turned into 4! Haha.. lots of ups and downs in the past 10 years.. been through some tough times but also had some amazing times!’

He continued: ‘Done amazing things that I never thought I would do, also done things that I shouldn’t have done, but I’m living and I’m growing as a person and ending this decade with a beautiful wife and 3 incredible children! Feeling very lucky!

‘Looking forward to what the new year has to bring and wish you all the very best for 2020 & the future.’

Earlier this year, it was claimed that Love Island star Gabby Allen had sex with the father-of-three during a holiday in Spain.

In an interview with The Sun on Sunday, Natalie said Dan had begged her to deny the affair.

She said: ‘It’s true, I had sex with Dan. I was drunk and it was a huge mistake.’

Meanwhile, despite the scandals, Jacqueline seems to be in high spirits and even posted a similar pondering post.

‘I admit I really hate the hair cut now  but jeez ppl can be mean, and to a 17 year old girl, words hurt a lot! It effected me for a LONG time! Probably still does actually if I’m being honest [sic].

‘Still 10 years on, I done 7 years on the show of my dreams and had 2 beautiful children. To end this year I just became QUEEN OF THE JUNGLE! WOW!!’

She then went on to say how much has changed and how overwhelmed she was feeling.

There was no mention of Dan in the post. 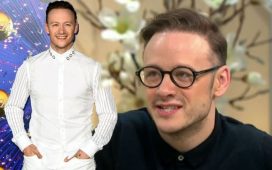 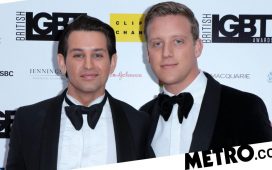