Daddy Yankee, Stormzy and Billie Eilish are YouTube's most-watched of 2019 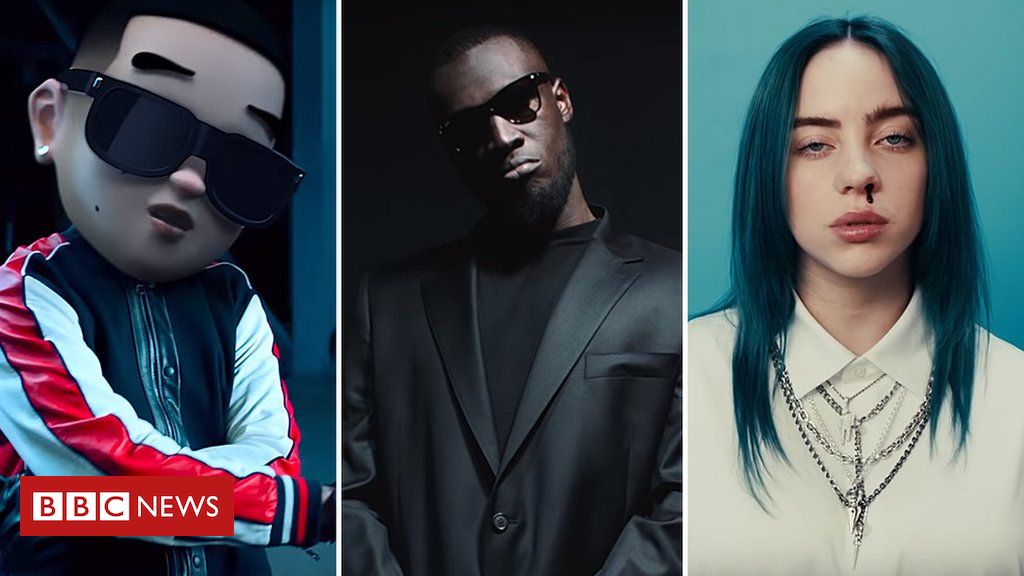 Stormzy’s infectious single Vossi Bop was the most-watched music video of 2019 in the UK, YouTube has revealed.

Based around a viral dance craze, the video sees the star rapping on Westminster Bridge and features a cameo from Idris Elba.

Outside the UK, Latin music dominated, accounting for all of YouTube’s top five music videos.

It’s the third year in a row that a Latin song has topped YouTube’s global chart. In 2018, the honour went to Nio García’s Te Boté; while in 2017, it was Luis Fonsi and Daddy Yankee’s Despacito (which is the most-viewed video in the site’s history, with 6.5bn views).

“Without any doubt, there was always huge music consumption in Brazil – it’s a country that truly has music at its heart – but, due to copyright infringement, this was never recognised,” said Afo Verde, chairman of Sony Music Latin Iberia, earlier this year.

“When consumption began to take the form of streaming, the results were impressive.”

“I think it has been a sleeping giant for years and years, and the reality is that it’s a country with more than 200 million people. And it’s a country that loves music,” added Jesus López, chairman of Universal Music Latin America.

However, the spectre of piracy still looms over the market. It’s notable that Latin artists thrive on YouTube, an advertising-supported platform, but have a lesser impact on services like Spotify and Apple, which generate larger revenues through monthly subscriptions.

Both Spotify and Apple Music released their own most-streamed charts this week, and artists like Daddy Yankee were conspicuously absent; with Western stars like Camila Cabello, Lil Nas X and Post Malone populating the countdown.

You can compare the various charts below:

Apple also released data about the year’s most searched-for songs on the music discovery app Shazam – with Lewis Capaldi’s Someone You Loved coming out on top.

Meanwhile, Joel Corry’s sad-banger Sorry broke the record for the most Shazams in a single day. A total of 41,000 people looked the song up after it featured in an episode of ITV 2’s Love Island on 24 July.

“My phone went into meltdown when it happened,” the producer said at the time. “It’s got everyone talking, and helped launch the single up the Official Charts. I’m just buzzing everyone is loving Sorry!”

READ  TV in 2020: Shows coming to small screen near you
Share on FacebookShare on TwitterShare on PinterestShare on Reddit
newsgrooveDecember 5, 2019