Paul Dacre, the former Daily Mail editor, has pulled out of the running to chair UK media regulator Ofcom, amid fears in Conservative circles that his candidacy might have inflamed the Westminster “sleaze” row.

Dacre, Boris Johnson’s favoured candidate for the job, said he would not be applying for the job, complaining the public appointments process was flawed and the civil service was biased against private sector candidates.

He had previously applied for the position overseeing Ofcom’s expanding role regulating media, telecoms and the internet, but an initial assessment panel concluded earlier this year the tabloid veteran was “not appointable”.

Ministers had given him another chance to apply by relaunching the selection procedure, raising claims that Johnson was trying to manipulate the system to secure his own choice for the key media job.

Senior government figures said that it was “100 per cent Dacre’s decision” to withdraw from the contest and that he had notified Johnson on Friday. “It came out of the blue,” said one person close to the prime minister, insisting Dacre had not been put under pressure to pull out of the race.

But senior Tories believe that Dacre feared his candidature would become even more controversial, given recent criticism of Johnson for trying to override rules governing public life.

“That’s the context,” said one senior Conservative. Johnson was widely criticised this month for trying — and failing — to rewrite House of Commons rules on standards, partly to help Owen Paterson, a Tory MP who broke rules on lobbying.

In a letter to The Times, Dacre wrote: “To anyone from the private sector, who, God forbid, has convictions, and is thinking of applying for a public appointment, I say the following: the civil service will control (and leak) everything.

“The process could take a year in which your life will be put on hold; and if you are possessed of an independent mind and are unassociated with the liberal/left, you will have more chance of winning the lottery than getting the job.”

Johnson had been a strong supporter of Dacre’s candidacy, according to Whitehall insiders. The prime minister believed he would bring an astringent right wing perspective to media regulation.

Others in Whitehall, however, regarded him as unsuitably qualified for a job dealing with issues such as regulation of the tech sector.

Since Dacre’s initial rejection, the government also changed the job description, removing a requirement for the candidate to work “collegiately” to someone who could work “effectively”.

Julian Knight, Conservative chair of the culture select committee, said in September: “Where a previous candidate has been deemed to be unappointable for a post, they should be ruled out of reapplying.”

This week Conservative chair Oliver Dowden insisted the government was not trying to rig the process to secure the appointment of Dacre. “Had it not been a proper, independent process, if it was the case that Paul Dacre was our preferred candidate, he would currently be chair of Ofcom,” he told the BBC.

In his letter, Dacre added: “I wish Ofcom all the luck in the world as it faces the awesome challenge of trying to regulate the omnipotent, ruthless and, as we’ve learnt, amoral tech giants without damaging freedom of expression — a freedom I spent 28 years fighting for both publicly and privately with ministers,” he wrote.

Dacre added that he was taking up an “exciting new job” in the private sector.

The culture and media department said: “The recruitment process is fair and open and in line with the Governance Code for Public Appointments, which clearly sets out that assessment panels must be objective when deciding which candidates meet the criteria for a role.

“The process is regulated by the Commissioner for Public Appointments, who is responsible for ensuring that the appointment is made in accordance with strict guidelines.” 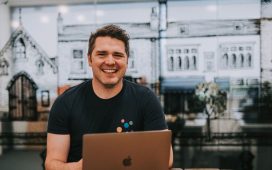