They will soon be hitting the small screen in a live broadcast of the musical film Grease.

And Vanessa Hudgens joined with Julianne Hough on Monday to hit the promotional circuit.

The 27-year-old actress was seen on her way to an AOL Build Speakers series event in New York wearing a camel coloured trench coat. 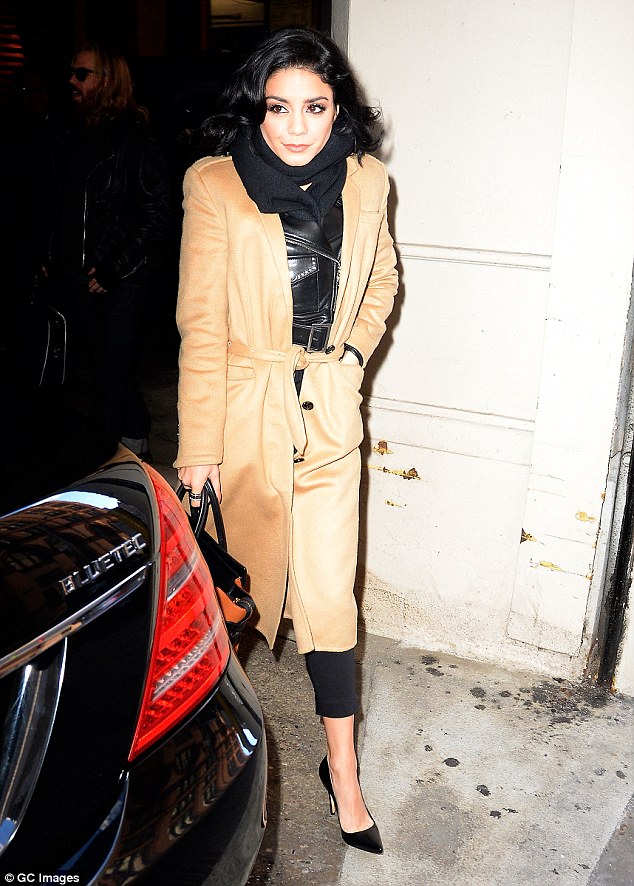 She must have been cold as she had a leather cropped jacket on underneath her coat.

The actress had a scarf around her neck as she made her way into the venue. 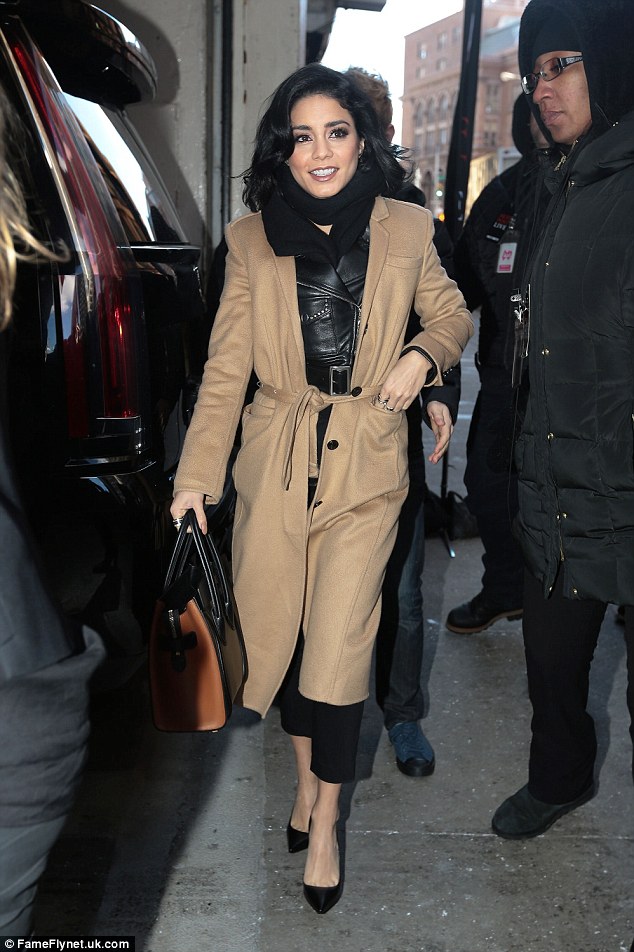 Layering up: She must have been cold as she had a leather cropped jacket on underneath her coat

So styling: Her brunette hair was coiffed in curls and the actress sported immaculate make-up 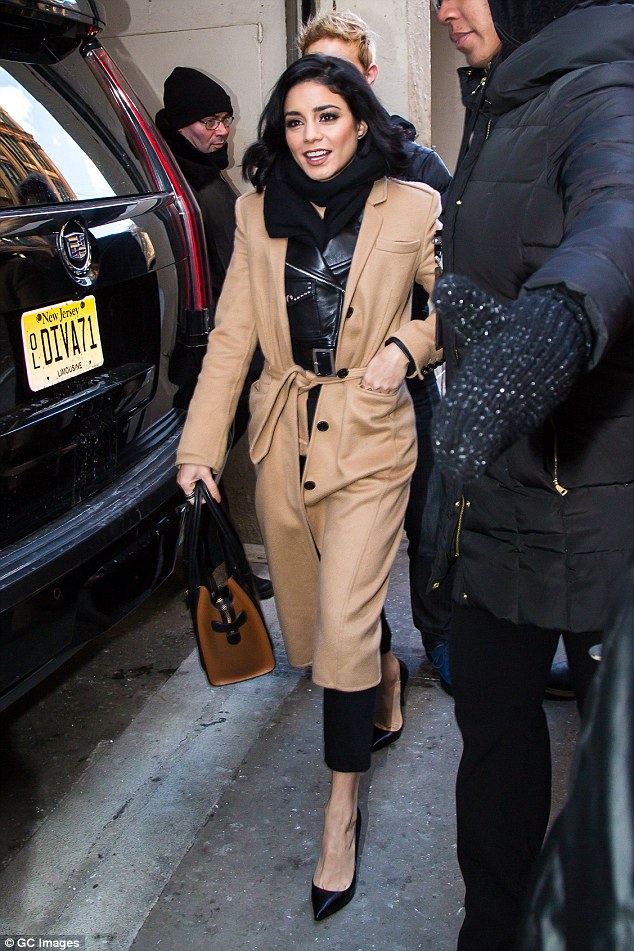 Her hair was coiffed in curls and she sported immaculate make-up.

She carried a multi-coloured Celine bag.

Vanessa was joined by Julianne Hough for the Grease: Live event, and her old High School Musical co-star Carlos PenaVegas, who will play Kenicke.

The pair arrived in New York together on Sunday. 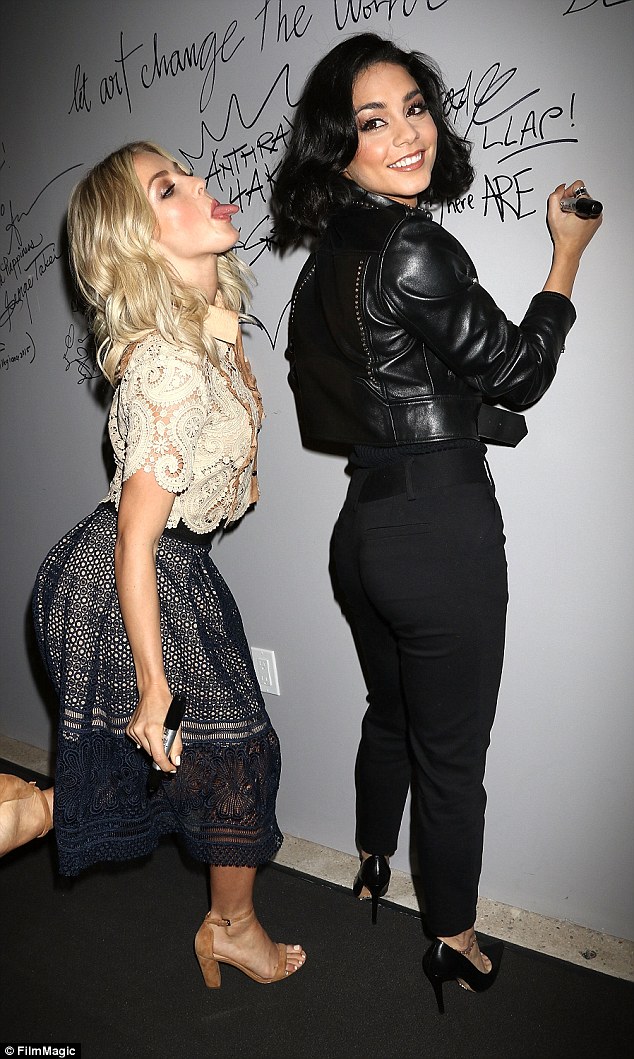 Twosome: Vanessa was joined by Julianne Hough for the Grease remake event 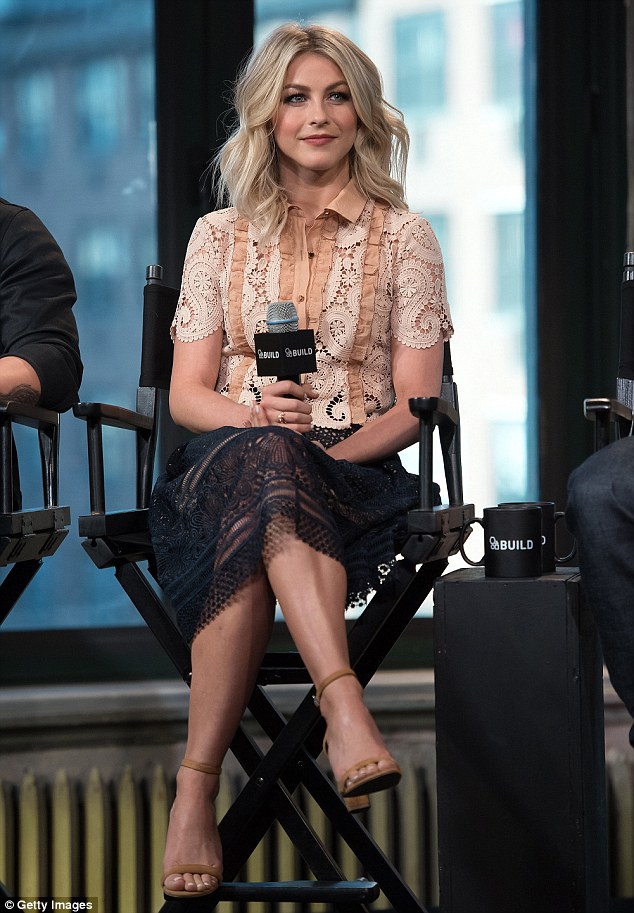 In the high chair: The beautiful blonde, who made her name on Dancing With The Stars, talked about Grease: Live at the AOL Build Speaker Series 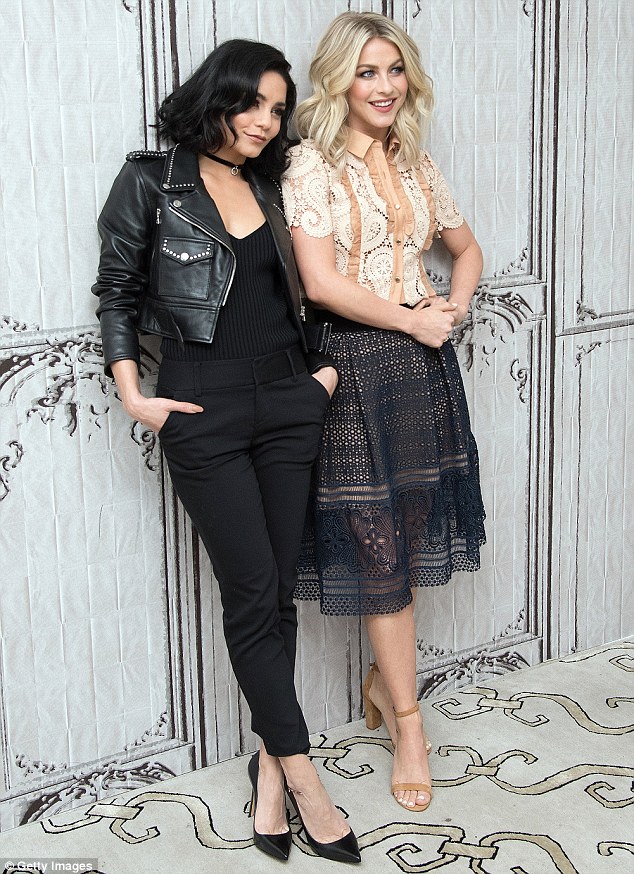 Interesting backdrop: The co-stars posed together at the AOL Studios in the Big Apple. Vanessa will play Rizzo with Julianne as Sandy

Julianne wore a cute ensemble for the press call at AOL.

She donned a delicate cropped lace blouse teamed with a navy lace skirt which had a cream underskirt.

The former Dancing With The Stars judge finished the look with a pair of tan strappy block high heels. 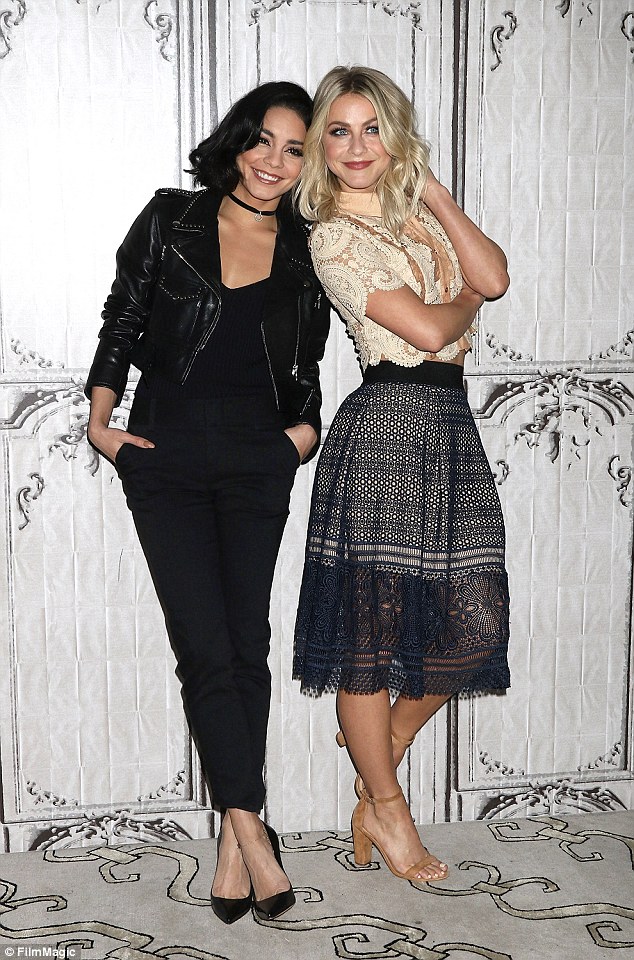 Lacy lady: Julianne wore a delicate cropped lace blouse eamed with a navy lace skirt which had a cream underskirt

House on fire: The pair clearly had a good rapport and joked around for the cameras

Julianne, 27, is playing Sandy in the extravaganza, while Vanessa is taking the role of Rizzo.

The one-off live show is set to air on January 31 on Fox.

She has been hard at work recently also juggling promotional duties for Dirty Grandpa, in which she plays the uptight fiancée of Zac Efron, Vanessa’s real life  ex-boyfriend. 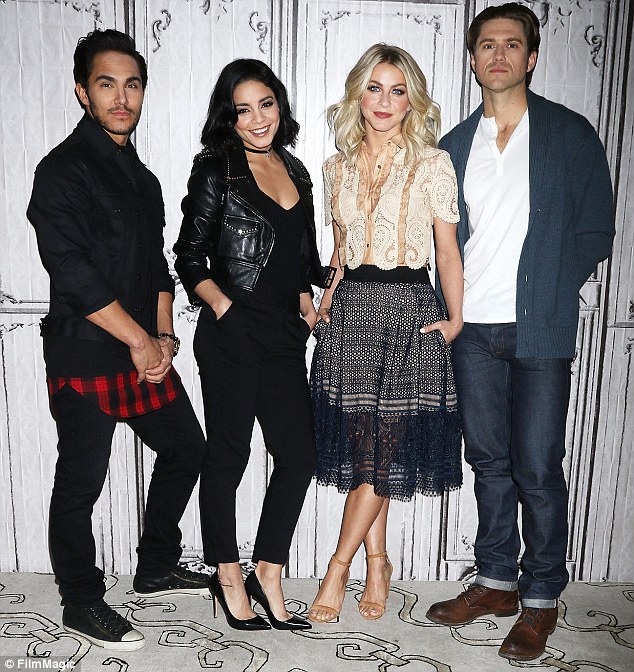 Co-stars: They were joined by Carlos PenaVega, left, who plays Kenickie, and Aaron Tveit, who plays Danny

The star told Good Morning America on Monday in New York City about her own plans for her wedding to hockey player Brooks Laich, whom she has been engaged to since August.

She said: ‘I’m honestly the worst bride ever – I haven’t done anything.’

The Footloose actress said she’s the complete opposite to her character in Dirty Grandpa.

‘I’m the fiancée to Zac Efron and I’m that kind of uptight fiancée,’ Hough said on GMA. ‘I hope that I’m not anything like that character Meredith in Dirty Grandpa – she’s actually quite awful.’ 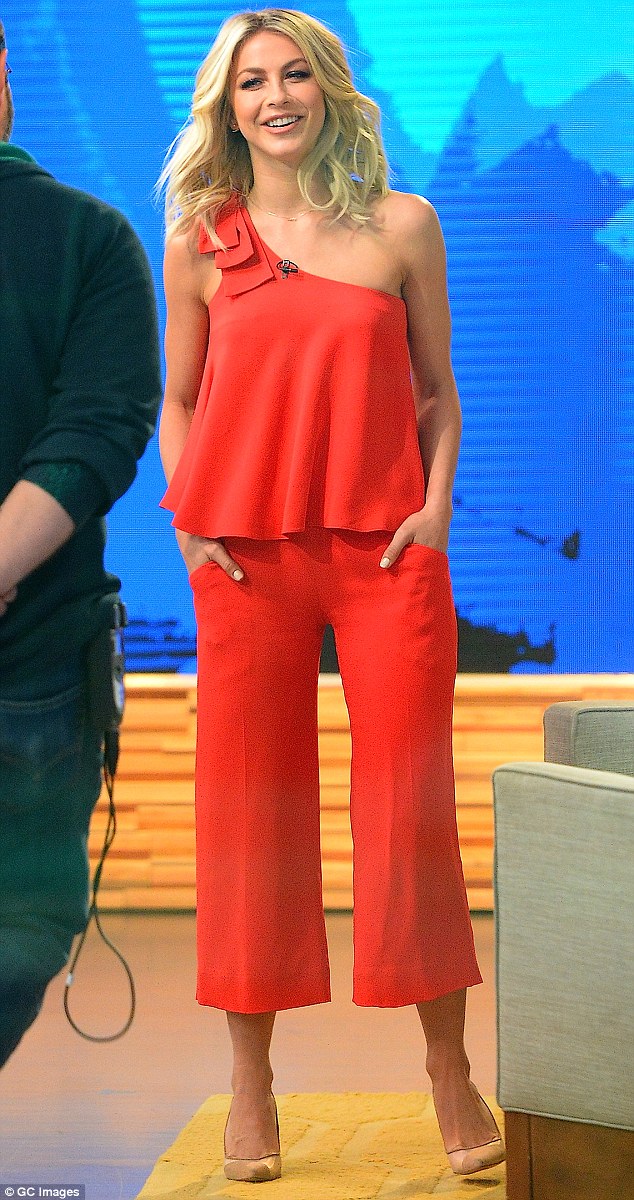 SAG Awards 2020: Candid pictures show what celebrities got up to off stage

Lewis Hamilton on why he turned to veganism: ‘Your gut is your second brain’