Indigenous women have been birthing since time immemorial, when the lands were pure and the dreaming stories were a reality. Birthing is the first ceremonial journey we go through to leave the spirit world to come into the physical world. Our connection to our ancestors and our culture provides our people with a sense of belonging and grounds our ways of knowing, being and doing.

For thousands of years Indigenous women have used traditional birthing medicines and methods while caring for women in labour, birth and postpartum periods. A continuation of thousands of years of knowledge that has been diluted and overtaken by the western models of medical care. The dispossession of traditional Indigenous birthing methodologies has led to the loss of cultural birthing practices, languages and self-determination of the oldest living peoples on the planet. But we are still here and not defeated!

Indigenous maternal and neonatal outcomes are disappointing given that Australia prides itself on the delivery of safe clinical maternity care. Indigenous women are disadvantaged when it comes to culturally safe maternity care and often experience racism when accessing mainstream services, which causes distrust and disengagement.

The lack of action by the Australian government to implement a midwifery-led continuity of care (CoC) model has had a profoundly negative impact on the outcomes of mothers and babies, many of which can be prevented.

Nationally, Indigenous midwifery is in crisis, with less than 300 practising midwives. The Congress of Aboriginal and Torres Strait Islander Nurses and Midwives is working with national bodies and government to highlight the urgency and work towards increasing the number of Indigenous nurses and midwives across the country.

A 2014 study found that Indigenous women felt more comfortable and were more likely to access maternity care when they were being cared for by an Indigenous midwife because they felt a deeper connection and understanding linked to our shared intergenerational trauma from invasion.

Indigenous women have described their personal experiences across most mainstream services as “racist, judgemental and not safe”. If women are feeling this way about mainstream services, then this is a systemic problem, not an Indigenous problem. If systems are not safe or approachable we cannot continue to blame women for not accessing crucial maternity care or for their outcomes. Racism within mainstream services exists and it’s partly why our women refuse to access these services.

The good news is there are Aboriginal community-controlled health organisations across the country, leading the way regarding best practice and culturally led holistic care for their communities. In New South Wales, Waminda South Coast Women’s Health and Welfare Aboriginal Corporation have been caring for community for over 37 years, working from an Indigenous strengths-based perspective and embedding culture as the foundation of health and wellness.

Our goal is to work alongside community members by providing access to cultural, spiritual, physical and emotional wellbeing programs that have been developed and informed by community. We address the social determinants of health which directly and indirectly impact a person’s wellbeing and ability to live thriving and empowering lives that create strong communities, strong women and strong families.

Our birthing on country model is embedded within our broader model of care. This allows a whole-of-life approach that is individually tailored. We have been advocating for birthing on country for more than five years and it’s now time for action and investment to give our mothers and babies the opportunity for a cultural birth guided by ancient traditional ways. 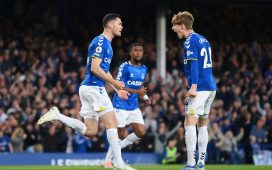 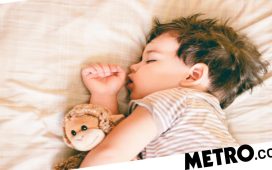 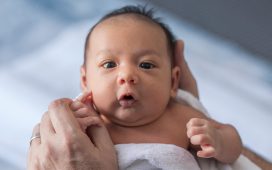