FLEET STREET, SATURDAY
That sturdy champion of white bread Dr Bostock Hill had been appropriately invited as the guest of honour to the luncheon held today at the Agricultural Hall in connection with the Confectioners’ and Bakers’ Exhibition, and he seized the occasion to express his opinion of the brown versus white bread controversy.

He was inclined to believe that the crusade in favour of brown bread was started about a hundred years ago in America by a dyspeptic who, finding that he had derived benefit from it, advocated its use by all.

Dr Bostock Hill, who explained that he had been a medical officer of health for fifty years and for forty years a university professor dealing with health questions, said that he had had ample opportunities for judging the value of bread as a staple article of diet. He had not a word to say against brown bread in certain conditions, but he did not want to eat it, he did not think the public wanted to eat it, and the experience of millions of workers was a better test than any the laboratory could provide.

Twenty years ago the brown bread advocates used to say that compared with white bread brown bread contained more mineral matter, more proteids, less water, and more roughage, and pointed out that the roughage made it more digestible. He had made careful analyses, and found that while brown bread contained slightly more fat, roughage and mineral elements, white bread contained 8 per cent more starch and sugar. But the differences were so small that considering the small amount of bread in the average diet, they counted for very little. The advantages of brown bread were washed away, while white bread had high food value on account of its sugar and starch.

READ  So we are supposed to diet – but not to get ‘diet face’? | Suzanne Moore

The Vitamins Theory
Some years ago vitamins were discovered and a new claim was put forward that brown bread was rich in vitamins. But very few people knew much about vitamins beyond the fact that they were essential in a healthy diet. They existed in yeast, and therefore in white bread. Texture and consistency were important qualities in bread, and brown bread must always be more or less sticky. It could not be so easily chewed and absorbed as white. In many people it produced a good deal of irritation. It was nonsense to say that all white flour was bleached and chemically treated. Certain inferior types of flour were so treated, but he was speaking of bread made from genuine pure white flour.

The bakers were prepared to sell any bread that the public desired. They did not want to force on them bread of a type that had been shown to be unnecessary and that was not to the taste of the general public.

Dr Bostock Hill pointed to the great increase in public health during the last twenty years. “Depend on it,” he said, “We are on the right track.” Another speaker spoke of the educative value of the exhibition to both competitors and visitors and added that recently operatives as well as employers had been taking an increasing interest in the competitions and had offered several prizes. It was interesting to note that the bakers maintained a very even level of work, and if a man exhibited loaves in four different competitions those loaves would be approximately of the same value. 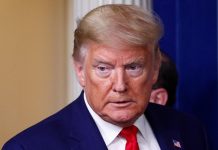 Coronavirus: Coming 5,000 miles to die for the NHS

Cheltenham Festival defends their decision to go ahead amid coronavirus crisis 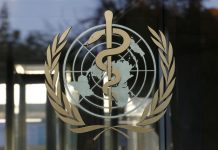 IMF, WHO urge leaders to focus on health spending to get virus under control

How to live longer: Eating more of this food has been proven to increase life expectancy 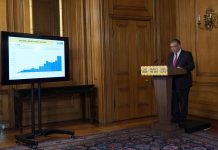 Loss of taste and smell ‘not case criteria’ for coronavirus, government confirms