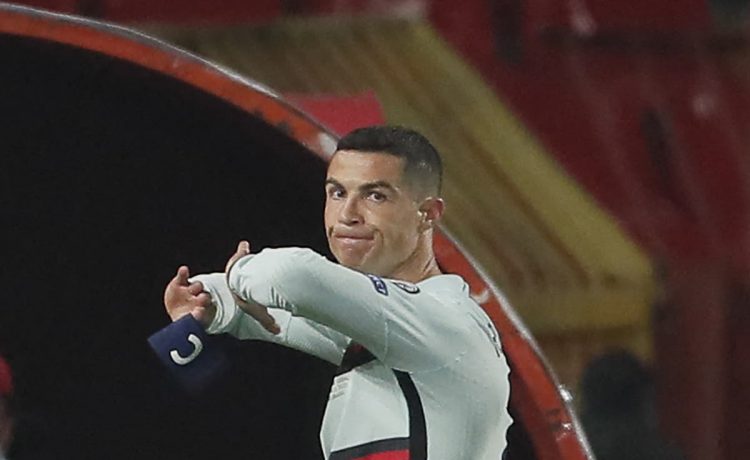 Cristiano Ronaldo’s captain’s armband was sold at an auction for more than £50,000 this week, helping to raise funds for the treatment of a Serbian child’s spinal disorder.

Portugal forward Ronaldo threw the armband to the turf upon being controversially denied an added-time winner in a World Cup qualifying match against Serbia on 27 March.

Portugal would draw the game in Belgrade 2-2, with firefighter Djordje Vukicevic picking up the armband after Ronaldo stormed off.

“Ronaldo was agitated,” Vukicevic is quoted by the BBC as having said. “He threw the armband. It fell right next to me.”

Vukicevic auctioned off the armband to raise money for the treatment of six-month-old Gavrilo Djurdjevic’s spinal muscular atrophy. The winning bid came in at €64,000 – approximately £54,000.

“The entire [firefighting] crew agreed this will go for little Gavrilo,” Vukicevic said.

Gavrilo’s mother Nevena said: “We could not believe that some people who do not even know us […] would take the armband, auction it and help our child.”