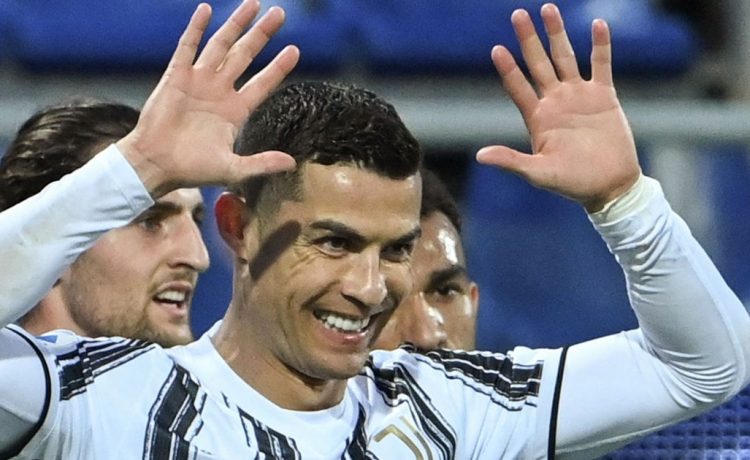 Cristiano Ronaldo has responded to his midweek critics by smashing a first-half hat-trick for Juventus.

The Italian side were dumped out of the Champions League this week and their star man has faced the brunt of the criticism.

It has led to rumours of a Turin exit for Ronaldo, who has less than 18 months remaining on his deal.

The 36-year-old has been unable to propel the Old Lady to European glory in his three seasons at the club.

But Ronaldo has underlined his quality with a 22-minute treble against Cagliari in Serie A this afternoon.

Juventus are someway off the pace in Serie A so will need a strong finish if they are to retain their title.

Ronaldo has continued to be prolific in Turin, but rumours have circulated about a return to Real Madrid.

He told Sky Sports: “Cristiano will be the future of Juventus, absolutely. I’m sure about it.

“It’s a privilege to have Cristiano. We enjoy him, and we’re very happy to have this kind of champions with us”.

Andrea Pirlo has also weighed in on speculation linking Ronaldo with a move to the Bernabeu.

“It’s normal there be rumours after an elimination,” he said.

“He is the most talked about footballer in the world alongside (Messi) – people are always talking about him. It’s worth reminding that he has always done well.

“He has 90 goals in a hundred games for Juventus and has always shown his worth.

“It can happen that he doesn’t score in a certain match, as has happened with others, and this creates rumours.”