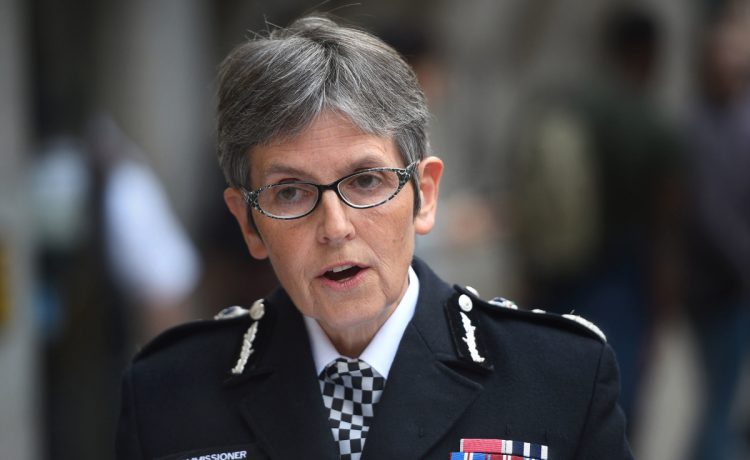 BRITAIN’S most senior cop has revealed the death of George Floyd in the US sparked resentment towards her own officers.

Dame Cressida Dick said the brutal American police tactics seen on the internet may have led British youths to believe it could happen here.

Floyd, 46, died after a cop knelt on his neck and left him choking for nearly nine minutes in Minneapolis. It sparked the Black Lives Matter protests here.

In a Sunday Times interview, the Met Police Commissioner said: “Just last week I got a letter from a lady asking me not to use chokeholds, even though we have never used them.

“Sadly, some of the material young people may have seen on social media, where what happens in America is confused and made to look like police here, may have alienated them.

“The George Floyd killing was absolutely awful to watch and has sparked this extraordinary global movement that has given some exciting opportunities, but also given people an impression of policing that is not the way things are here.”

Ms Dick oversaw a police op in 2005 which saw the fatal shooting of Brazilian Jean Charles de Menezes, 27, identified wrongly as a terrorist.

Dick, who has never met his family, said: “That was just an awful thing that happened, but so much worse for the poor man’s family and people on the train.”

The tragedy took place two weeks after 52 people were killed in the London bombings.