The brainchild of Fendi’s womenswear artistic director Kim Jones and Vogue photographer Nikolai von Bismarck, The Fendi Set is an exploration of the locations, landscapes and landmarks synonymous with the set, casting the starry model lineup from Jones’s first Fendi couture show in Paris – entitled From Bloomsbury to Borghese and including Kate and Lila Moss, Demi Moore, and Christy Turlington – as the collective’s 21st-century counterparts.

Much like the work of their muses, the year-long project required a multi-disciplinary and fastidious approach. “There were all these incredible links,” enthuses von Bismarck who, along with a tight team that included Darren Clark at the Charleston Trust (the modernist Sussex HQ of the group), spent the best part of 2021 deep diving, uncovering letters in the New York Library to Virginia Woolf from her sister Vanessa Bell when the latter was staying at Rome’s Hotel de Russie; discovering Duncan Grant had a studio in Via Margutta; and finding that Woolf’s marbling for her books was the same as that at the Villa Borghese.

Armed with artefacts and information, he started to compile the 230-page tome shooting said objects, subjects and poignant spaces using film and finishes that would capture an aged ethereality to match both Jones’s couture collection and many of the masterpieces to emerge from the set, such as Woolf’s Orlando. “We spent months sourcing [vintage] Polaroid from Japan, New York and Holland, which was high risk because sometimes they just came out white,” he laughs, and shot models on a large 10-8 camera, “The ones when you have the sheet over your head and so the subject has to stay still for 10 seconds. I’m not sure that Lila had ever worked with a 10-8 camera before with a Polaroid coming out of it – but Christy knew exactly what she was doing!” Meanwhile, he sourced a fabled French printer “who takes a week to print one photograph with a special technique where he mixes the pigment with sawdust” to achieve a depth of texture to the images.

Prefaced by Tilda Swinton, the resulting book is a mixed-media tome complete and the feeling of a prized family album, a sentiment von Bismarck notes as a common denominator between the world of the set and Jones’s approach. “Kim loves building his own family and having those people around him; like the set, he is all about collaboration and I really like the collaborative spirit of it all.” 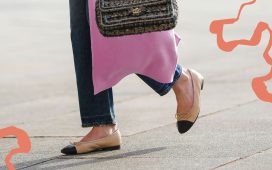 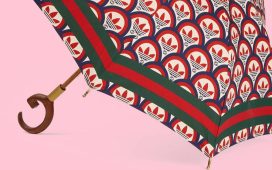 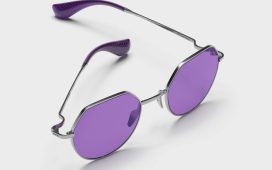 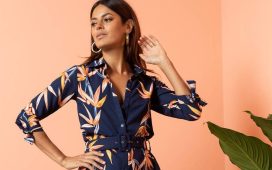 Everything you need to know about: Dancing Leopard