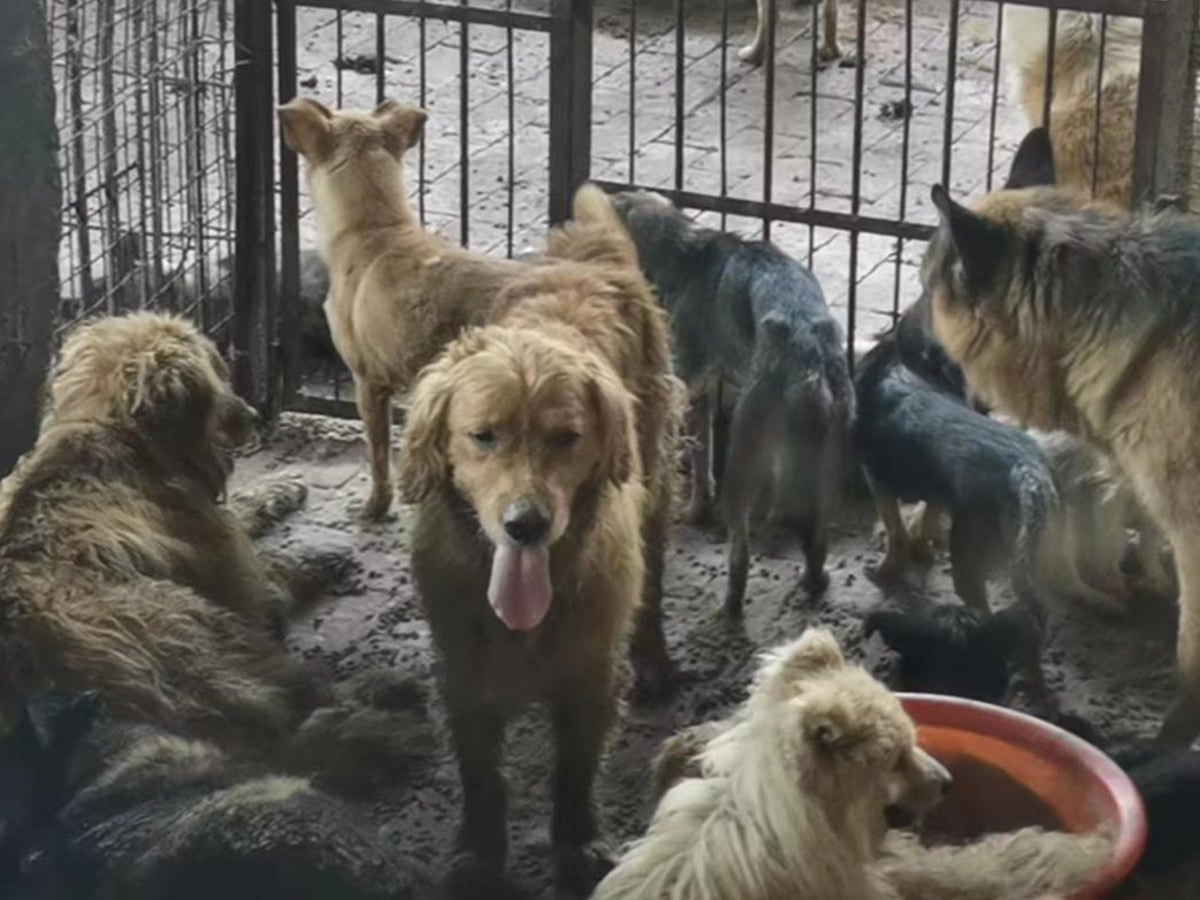 More than 120 dogs destined for a brutal death in China’s pet meat trade have been plucked to safety from an illegal slaughterhouse.

Rescuers said many had collars on – showing they had been stolen from owners’ homes.

Labradors, huskies, golden retrievers and German shepherds were among the dogs found alive and huddled together, when Chinese activists and local authorities raided the “filthy” slaughter facility in Fufeng County, Shaanxi, in north central China.

Inside, they found a “gruesome” scene with dead dogs on the floor, pools of blood, dehairing machines and knives.

Many of the surviving pets were emaciated and panting.

The activists also discovered a pile of pet collars in one corner, suggesting animals had been stolen from homes, streets and farms.

Ziyang Huang from activists’ group Vshine said: “This was a horrendous slaughterhouse.

“The dogs we found alive were whimpering and distressed but very happy to see us.

“They were standing in their own filth with blood and dog fur all around, and slaughter equipment just nearby.

“They are likely to have witnessed dogs killed and butchered right in front of them.

“The amount of pet collars we found was really shocking, and the gentle, friendly nature of these dogs tells us probably most of them were once part of a home and somehow ended up at that terrible place.”

The raid, supported by police and the local mayor, was carried out as the infamous “dog meat festival” in the city of Yulin, 1,000 miles away, was ending.

Earlier this week, other activists rescued almost 400 dogs from a lorry heading for Yulin that was intercepted by police.

Dr Peter Li, China policy specialist for Humane Society International (HSI), said: “The agencies in Shaanxi are to be applauded for acting so quickly and decisively to close this slaughterhouse and save the lives of the dogs.

“If all police across China followed their example, the dog thieves and traffickers would find it very hard to continue their illegal and dangerous activities. China’s growing pet-loving population is increasingly calling for action.”

HSI estimates that 10 million dogs and four million cats are killed for human consumption each year in China.

The annual slaughter during the summer solstice in Yulin – launched in 2010 – has drawn worldwide condemnation.

The charity says cats and dogs are crammed into wire cages and driven for hours or days on lorries to be slaughtered.

They are often sick or injured, and many die en route from dehydration, shock, suffocation and heatstroke.

Those that survive the journey are beaten, burnt or boiled to death. 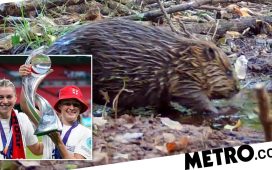 Wild portraits and magical landscapes: Nature TTL Photographer of the Year 2022 – in pictures 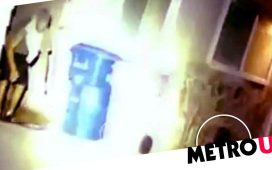 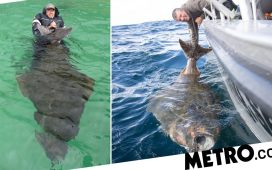 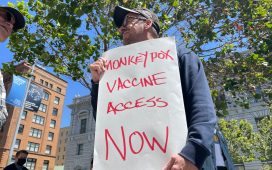 US will stretch monkeypox vaccine supply with smaller doses

WHO stresses monkeypox surge not linked to monkeys amid attack reports