NewsGroove Uk
NewsGroove Uk > Health > Covid vaccine schedule: When will I get my jab, can I book my vaccine earlier and how do they compare?
Health

Covid vaccine schedule: When will I get my jab, can I book my vaccine earlier and how do they compare? 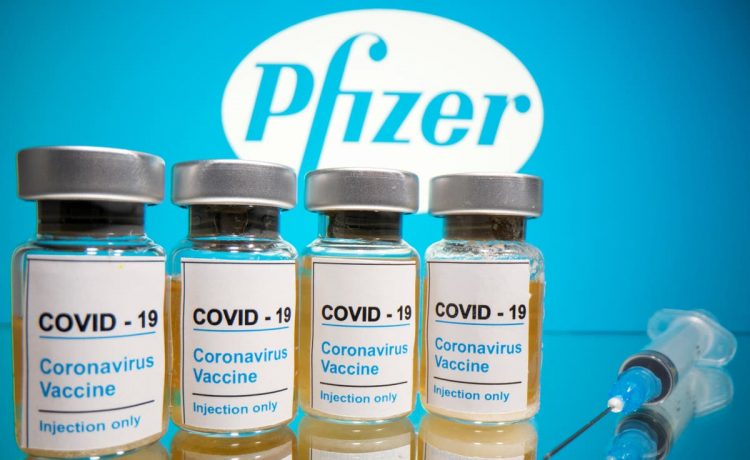 overnment advisers have set out who is next in line to receive coronavirus vaccines.

As of Thursday, more than 70million doses have been handed out, more than 42million people have had their first dose and over 30 million have been fully vaccinated.

The rollout has expanded after the UK government hit its target of offering a first jab to everyone in the top priority groups – all those over the age of 50, plus those in high-risk categories – before April 15.

The government plans to fully vaccinate two-thirds of England’s adult population by July 19.

Who is next in the queue to get a Covid vaccine?

The top four priority groups including the over 65s, care home workers, NHS workers and the clinically vulnerable were first in line for the vaccine, followed by over-50s who were offered the jab by mid-April.

The BBC reported on Thursday, June 17, that 12-17-year-old children are unlikely to be imminently recommended by UK vaccine experts for a jab.

How many Covid vaccines are there?

The UK has four vaccines approved for use: Pfizer-BioNTech, Oxford-AstraZeneca, Moderna and Janssen.

A fifth – the Novavax jab – is being assessed by the Medicines and Healthcare Regulatory Agency and could be approved for use in the UK soon.

Where can I get a Covid vaccine?

What does the appointment involve?

When a patient arrives they are registered and the vaccine is administered.

A computer system then issues an email or letter to the patient and their GP saying they have had the vaccine and confirming a follow-up date three weeks later when they will get the second dose.

The jab is typically delivered by an injection in the shoulder.

When will I get booked in for a vaccine?

People in England who are eligible for the vaccine will be contacted by their GP or the NHS to book an appointment – or they can book a slot online.

Around one million people aged 21 and 22 are eligible to book their coronavirus vaccination.

Some 972,000 text messages were being sent out from Wednesday, June 16, inviting them to schedule appointments for both doses via the national booking system.

People are asked for some personal information, before being able to select a place close to home where vaccines are being administered.

Locations are made available depending on their distance from a person’s home and capacity to offer jabs.

How do you book your second vaccine earlier?

The government has changed the time gap between doses from 12 weeks to eight for older people in a bid to accelerate the vaccine rollout.

On Monday, June 14, Health Secretary Matt Hancock announced: “We’re today reducing the time from first to second jab for all people aged 40 and over from 12 weeks to eight weeks, to accelerate the programme.

“If, like me, you’re in your 40s, and you have a jab booked 12 weeks after your first, the NHS will be in touch to bring it forward, or you can rebook on the National Booking Service,” he added.

There are two ways to get an earlier slot: The first is to rebook your appointment through the National Booking Service or you can wait for someone from the NHS to get in contact with you.

Mark Ford, working on the National Booking Service for the vaccine, tweeted: “If you want to bring your second vaccine dose forward, but haven’t because you have to cancel your appointment first… you can use the new availability checker before you cancel to make sure you’ll get an appointment sooner.”

Some younger people have reported being able to book an earlier jab, although the guidance for under 40s has not changed.

NHS Digital, which runs the online booking system for Covid vaccines, has appealed for users not to rebook their appointments unless invited, the Independent reported.

How effective is the Pfizer vaccine?

Analysis shows that the jab, developed by pharmaceutical giant Pfizer and German biotech company BioNTech, can protect 95 per cent of people from contracting Covid-19, including 94 per cent in older age groups.

The vaccine was tested on 43,500 people in six countries and no safety concerns were raised.

Studied have shown the jab is 88 per cent effective against symptomatic Covid caused by the Delta variant, which originated and India and is now the dominant strain in the UK, two weeks after the second dose.

What type of vaccine is it?

The jab is known as a messenger RNA (mRNA) vaccine.

Conventional vaccines are produced using weakened forms of the virus, but mRNAs use only the virus’s genetic code. This means no actual virus is needed to create an mRNA vaccine and the rate at which it is produced can be dramatically accelerated.

As a result, mRNA vaccines have been hailed as potentially offering a rapid solution to new outbreaks of infectious diseases.

All vaccines undergo rigorous testing and have oversight from experienced regulators.

Some believe mRNA vaccines are safer for the patient as they do not rely on any element of the virus being injected into the body.

mRNA vaccines have been tried and tested in the lab and on animals before moving to human studies.

The human trials of mRNA vaccines – involving tens of thousands of people worldwide – have been going on since early 2020 to show whether they are safe and effective.

Pfizer will continue to collect safety and long-term outcomes data from participants for two years.

What is the Oxford/AstraZeneca vaccine?

The University of Oxford’s coronavirus vaccine uses a modified version of a coronavirus to induce an immune response in recipients. This helps the body develop an antibody response to Covid-19.

However research led by Public Health Scotland found at four weeks after the first dose, hospital admissions were reduced 94 per cent for the AstraZeneca jab.

According to Public Health England, the vaccine offers 67 per cent protection against the Indian variant two weeks after the second dose.

It is more effective at preventing hospitalisations caused by Covid, however – with a 92 per cent protection level, according to a study involving 14,000 people.

The Pfizer vaccine needs to be stored initially at very low temperatures, and can travel for no more than six hours after it leaves cold storage. It can then be kept in a normal fridge at 2C to 8C for a maximum of five days.

The Oxford vaccine only needs to be stored at 2C to 8C.

How does the Oxford vaccine differ to Pfizer’s?

What about the Moderna vaccine?

Late-stage trials of Moderna vaccines had efficacy rates of well above 90 per cent but took place when the original version of the coronavirus was dominant.

In May America’s top infectious diseases expert, Dr Anthony Fauci, declared it was effective against the Delta variant, after reviewing the results of various studies.

It was the first company to test an additional booster shot of its authorised vaccine in trials to see if it boosts antibody reaction against the South Africa variant.

Moderna works in the same way as the Pfizer uses technology known as mRNA.

The Johnson and Johnson jab (Janssen), which uses similar technology to the AstraZeneca/Oxford vaccine, showed to be 66 per cent effective against the virus in clinical trials.

The firm said the jab was 85 per cent effective in preventing severe disease “and demonstrated complete protection against Covid-19-related hospitalisation and death as of day 28”.

But there are signs the vaccine, made by Belgian pharmaceutical firm Janssen, is less effective against the new variant spreading in South Africa.

The biggest difference between Janssen and the other vaccines is that it only needs a single dose.

Novavax announced last month that their jab, which also requires two doses, was 89 per cent effective overall in the UK and 60 per cent in South Africa.

The jab is a new kind of vaccine and works in a different way compared to the others.

It combines an engineered protein from the virus that causes Covid-19 with a plant-based ingredient to help generate a stronger immune response.

If the body encounters coronavirus in the future, the body is ready to fight it off.

Novavax still needs to be reviewed by regulators before it can be used in the UK but the country has already ordered 30 million doses while the US has ordered 100 million and Canada 38 million.