NewsGroove Uk
NewsGroove Uk > Politics > Covid vaccine passports WILL be used to get football fans, holidays, and packed pubs back in months, No 10 plan reveals
Politics

Covid vaccine passports WILL be used to get football fans, holidays, and packed pubs back in months, No 10 plan reveals 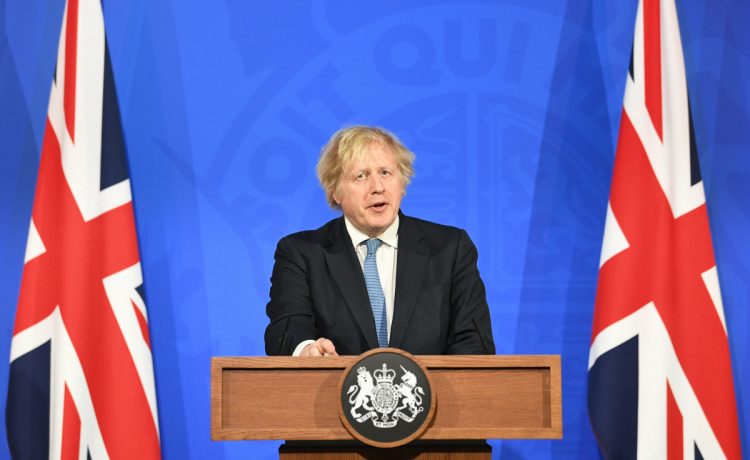 VACCINE passports are set to be introduced within months to get football matches, holidays, and packed pubs back.

A plan published by No 10 today suggests the Government is on course to introduce Covid certificates in time for the end of lockdown on June 21.

But they won’t be in place for May 17, when pubs and restaurants will be allowed to welcome customers back indoors for the first time.

Under the plan landlords may be forced to demand proof of vaccination from punters if they want to drop crippling social distancing rules.

A review by ministers into jabs passports says they could be introduced in bars and restaurants later this year to pack customers back in.

And it states people are set to need paperwork to enter certain events even after the whole population has been offered a vaccine.

The controversial blueprint to reopen the whole economy is being backed by Boris Johnson, but has sparked a rebellion amongst Tory MPs.

It would see people only allowed to attend mass events like football matches and music festivals if they have a jab passport.

And in an official update on the review, published this afternoon, ministers confirmed they’re looking at extending that requirement to pubs.

At a Downing St press conference tonight the PM tried to skirt the issue by insisting mass free testing will play a major part in reopening the economy.

He said: “There are complicated ethical and practical issues raised by the idea of Covid status certification using vaccination alone.

“After all many people will be for one reason or another unable to get a vaccine for medical reasons, or perhaps because they’re pregnant, so you’ve got to be very careful in how you handle this and don’t start a system that’s discriminatory.

“But obviously we’re looking at it and we want to be going ahead in the next few weeks with some test events.”

He added: “Certainly if there’s something to put to Parliament I have no doubt that we’ll be doing that.”

But Tory MPs immediately demanded the PM fully commit to a vote on vaccine passports and vowed to oppose their introduction via the backdoor.

Mark Harper, chairman of the Covid Recovery Group, said: ““Trying to introduce these domestic vaccine passports by the back door by linking them to removing social distancing rules just won’t be acceptable.

“Whether the state legislates for it, recommends it or simply allows it, Covid Status Certification will lead to a two-tier Britain and these issues need debating thoroughly and carefully.”

Under the scheme anyone who has been fully vaccinated would enjoy a free pass to return to normal life.

But it will be more difficult for others who haven’t had the jab.

Those who have had Covid will be able to provide proof of their positive test, which is then valid for six months as evidence of antibodies.

Everyone else will have to head to a test centre in the 24 hours before the event they want to attend and get a negative swab.

No10 insists the scheme is only temporary but may have to stay in place beyond the end of July when all adults will have been offered a vaccination.

It argues such drastic action will still be needed to avoid a surge in cases and a devastating third wave, despite the UK’s successful jabs rollout.

And it says vaccine passports would “likely become a feature of our lives” anyway as business would introduce such requirements themselves.

The review states: “The success of the UK’s vaccination programme does not provide universal protection.

“While it is certain that vaccines have at least some impact on transmission, the extent of this is still unknown.

“Even after two doses the vaccine will not be 100% effective and some people will not take up the offer of a vaccine.

“As a result, some measures may be required for a period after all adults have been offered a vaccine, in order to prevent a surge in hospitalisations which could put unsustainable pressure on the NHS.”

Ministers say vaccine passports will also play a key role in the reopening of international travel, with many countries set to demand them.

The review adds: “It is possible that COVID-status certification could also play a role in reducing social distancing requirements in other settings which people tend to visit more frequently, for example in hospitality settings.

“However, the Government recognises this has significant implications for businesses and their customers, so this will be further considered in consultation with industry.

“The Government believes that COVID-status certification could have an important role to play both domestically and internationally, as a temporary measure.

“It is therefore right that the Government provides a means of easily demonstrating COVID-status, in order to ensure UK citizens and residents are not denied opportunities to travel or attend certain venues or events.”

The vaccine passport system will be trialled at nine pilot events over the next few weeks, where experts will also explore how high-tech ventilation and Covid tests on entry are working.

Mr Johnson will study the feedback to help decide how to manage other large-scale gatherings as restrictions are lifted.

The PM said: “We are doing everything we can to enable the reopening of our country so people can return to the events, travel and other things they love as safely as possible, and these reviews will play an important role in allowing this to happen.”

Liverpool will be a key test centre for the opening up of the rest of the country — with four pilot events being held at a comedy club, a cinema, a nightclub and a business conference arena from next week.

The World Snooker Championship in Sheffield and a mass participation run at Hatfield, Herts, are also involved.

Scientific advisers will use evidence from the nine pilots to assess transmission risks in different settings.

An insider said: “These events will not only be used to try out the new Covid passport.

“We’ll have lots of eyes and ears and systems gathering a mass of data.

“What we learn in the next few weeks will be crucial to how we proceed into step three of the unlocking process on May 17.”

A review of social distancing will address a looming decision — how and when the one-metre rule and working for home guidance can safely be lifted.

The revelations came as the PM tonight told the nation the next stage of unlocking the country is going ahead as planned thanks to the vaccination rollout.

READ  Peers hand themselves an inflation-busting 3.1 per cent pay rise hiking their daily tax-free pay to £323

Pubs and restaurants will be able to start serving customers outdoors again from next Monday, when hairdressers and beauty salons will also be allowed to resume trade.

Speaking at a Downing St press conference, he said: “The net result of your efforts and the vaccine rollout is I can today confirm that from Monday 12 April we will move to step two of our roadmap reopening shops, gyms, zoos, holiday camp sites, hairdressers and beer gardens, and outdoor hospitality of all kinds.

“And on Monday 12, I will be going to the pub myself and cautiously but irreversibly raising a pint of beer to my lips.”

The PM also insisted he’s confident future steps of his roadmap out of lockdown will be able to go ahead as planned.

He said: “We set out our roadmap and we’re sticking to it. We see nothing in the present data that makes us think we will have to deviate from that roadmap.

“But it’s by being cautious, by monitoring the data at every stage, and by following the rules that we hope together to make this roadmap to freedom irreversible.”

Bedraggled Brits will also finally be able to get their unruly lockdown barnets under control as hairdressers, barbers, and beauty salons reopen next Monday.

And in a major boost to the High Street all non-essential retail like clothes shops and electronics stores will open their doors once more to customers.

Indoor leisure and sports facilities like gyms, swimming pools, and spas will also be able to reopen for individual treatments and workouts, but with strict Covid measures in place.

Pubs, shops, and hairdressers WILL reopen on April 12, Boris Johnson to confirm

In a boost to pressed-upon parents much outdoor entertainment including zoos, theme parks, and drive-in cinemas will also return.

Public buildings like libraries and community centres will reopen to the public with social distancing and capacity limits in place.

And domestic getaways will once more be on the cards with restrictions on overnight stays away from home scrapped for self-contained accommodation like holiday lets.