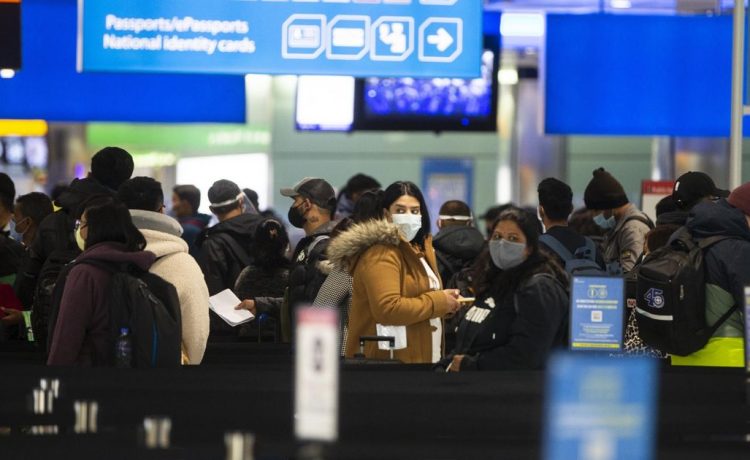 Fears are mounting of Covid travel chaos after leaked analysis warned there could be four-hour queues at London’s Heathrow Airport this summer.

According to Playbook, Department for Transport modelling predicted families with young children will face the extreme wait on arrival back to the UK, due to health checks at the border.

A government source told the Mirror they believed the analysis was produced in April.

They stressed the system has improved since then – including a dedicated Heathrow terminal for red list countries, and a pilot scheme that allows travellers to use electronic passport gates.

But the source added: “There are still going to be queues at the border.

“We’re hoping it’s as smooth as possible, but we’re not going to compromise the health of the public or the vaccine rollout.

Delays are caused by Border Force staff needing to process a “Passenger Locator Form”, which must be filled in by all arrivals – even those from green list countries.

It helps police keep track of – for example – whether amber list arrivals are isolating correctly at home.

Heathrow is trialling a system in which the forms are processed as part of passing through an electronic passport gate. Officials hope to roll out the scheme more widely in future.

The airport was previously hit with queues as long as six and a half hours.

It comes as the government prepares to put more holiday hotspots on the UK’s green list for quarantine-free travel from Monday.

Transport Secretary Grant Shapps is hoping to announce the changes tomorrow, though most European favourites look set to remain “amber” for now.

Many countries on the UK’s green list are still not feasible for holidays, due to restrictions on Brits at the other end.

But this could change if the UK gives the green light to countries that have opened their gates to British holidaymakers.

It’s understood the government wants to separate out the biggest island hotspots from their host territories in future updates.

That could mean, for example, that Mallorca is given green list status even if mainland Spain is not. Priority will be given to islands that take up the biggest share of the UK tourist market.

But the Joint Biosecurity Centre is yet to inform ministers of its final decisions.

Heathrow Airport yesterday opened a dedicated terminal for arrivals from red list countries after fears passengers from all over the world were being jammed together for hours at passport control.

Officials have previously warned publicly that there could be long queues at airports this summer.

Border Force director Paul Lincoln said on May 7 that passengers must accept there will be increased delays at “each stage” of their journey, with staff required to check “100%” of all travellers coming through.

He told a No10 press conference: “For the time being, passengers will need to accept an increase in the time taken at each stage of their journey.

“It currently takes a Border Force officer five to 10 minutes to complete all the necessary checks, which means that even for the most compliant passenger, it might take 14 or 15 times longer to process than before, compared to around 25 seconds.

“Where people do not have the correct paperwork, it can and has taken considerably longer, including when we need to serve fixed penalty notices for non-compliance.”