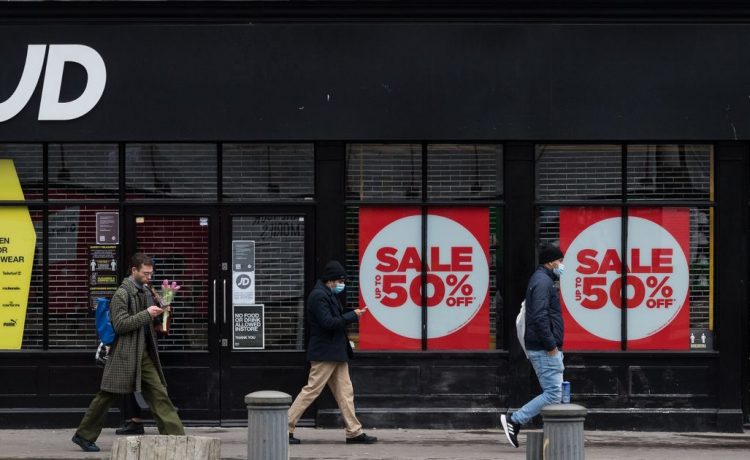 The tier system will be axed in favour of national measures when the current Covid lockdown is eased in England, it was reported last night.

Instead Boris Johnson has reportedly signed off on a three-stage plan for reopening the economy.

The plan could allow pubs in England to serve customers again by the beginning of April, according to The I.

Schools in England are currently scheduled to return on March 8 and the government will be closely watching how that impacts the Covid infection rate.

What do you think of this plan? Let us know in the comments below.

If the R number remains low then the Prime Minister will give the green light to non-essential shops reopening towards the end of March, reports The I.

The final stage of the plan, the paper says, will be April 2.

If there is still no significant rise then hospitality businesses such as restaurants, pubs and hotels could start to be reopened – although social distancing is likely to stay.

A Government official is quoted as saying: “My understanding is the Prime Minister is encouraged by a slew of data coming out that shows the positive impact the current lockdown has had.

“By March, there’s also a good chance that almost, if not all over-50s and younger vulnerable groups would have been given at least their first dose of a vaccine.

READ  UK election 2019 polls tracker: Who would win if a snap election was called NOW?

“The optimism is increasing at Downing Street and we may well be enjoying a pint in the pub by Easter if the data continues to improve in the coming weeks.”

The source also says the Government would like to ‘do away with the tier system entirely’.

The Sun last night reported that it would only be takeaway or outdoor pints allowed in April with much of hospitality earmarked for May.

The Prime Minister has pledged to reveal his road map to reopening on February 22 – in time to give schools two weeks notice before accepting pupils again.

Although the vaccine rollout will hit t he target of the 15m most vulnerable having their first jab by February 15, and infections and deaths tumbling – the latter two figures remain high.

There was still 758 deaths recorded on Friday with 15,144 infections – although both figures are roughly 26% down on the week before.

A Downing Street spokesman said: “We keep the latest data and evidence under constant review and on 22 February, subject to the findings, we will set out our plan for reopening schools and gradually reopening our economy and society.”

It comes as it was suggested the number of coronavirus patients in England will more than halve over the next month, according to internal government projections seen by The Times.

Admissions and deaths in British hospitals are predicted to fall to October levels, it was said, as the infection rates are falling faster than expected ahead of the planned reopening of schools on March 8.

READ  Theresa May resigns: five moments that sank her premiership

In a major step forward in the battle against coronavirus, 14,012,224 first doses of the Pfizer and Oxford jabs have been administered.

The total includes more than 500,000 from Thursday, meaning the 15million target should be hit today – 48 hours ahead of schedule.