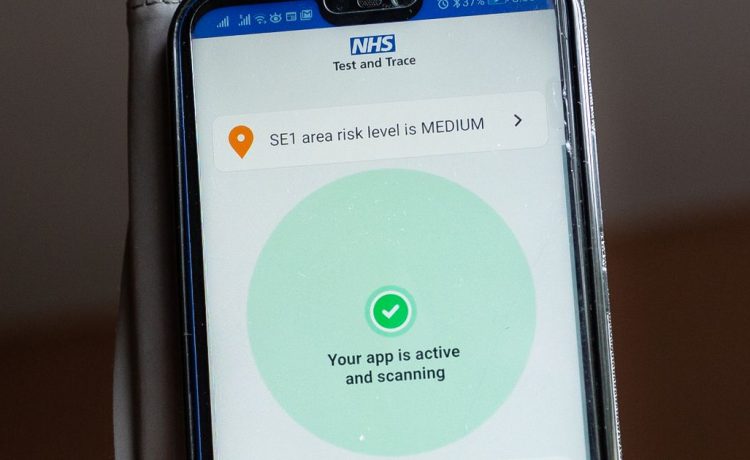 The so-called Covid ‘pingdemic’ will continue for four weeks, Downing Street declared today despite desperate pleas from business chiefs to change the rules.

Boris Johnson’s spokesman said there are no plans to bring forward the August 16 date at which children and double-jabbed adults, after contact with a Covid sufferer, will no longer need to isolate in England.

Crucially, Downing Street also confirmed there are no plans to tweak the NHS Covid-19 app to make its contact tracing function less sensitive.

That is despite ministers previously suggesting that they might tweak the app.

However, it’s thought Boris Johnson has been looking at more exemptions to isolation for some close contacts of Covid cases, depending on their line of work.

Last night NHS workers were given a limited exemption but industry chiefs are pushing for more exemptions for critical workers, despite the GMB union saying the change will put frontline NHS staff at risk.

Asked if the app could be tweaked, the PM’s spokesman said: “The ONS has been finding that around a third of those self-isolating after contact with a positive case went on to develop symptoms.

“It’s doing what it’s designed to do – informing close contacts of a positive case that they’re at risk, and it’s advising them to isolate.”

Asked to confirm that the government was not going to tweak the app’s sensitivity he replied: “That’s correct”.

Latest figures showed more than 500,000 people in England and Wales were notified by the NHS app to self-isolate in the week up to July 1.

Experts say the numbers are simply showing the scale of a pandemic which is producing more than 50,000 new cases and more than 50 deaths every day in the UK.

Richard Walker, managing director of the supermarket group Iceland, said 4% of the workforce were absent at his firm and “a number of stores have had to close.”

“We have got over 1,000 people absent due to Covid, that’s the highest ever since testing began,” he told the BBC.

“We had to close, in the last seven days, 33 pubs due to lack of staff because of self-isolation,” he told the BBC.

But Keir Starmer said the problem was the PM’s “reckless” decision to lift all Covid restrictions in one go.

He said he was still using the Covid app and had his contact tracing turned on, adding that reducing the sensitivity of the app was like “taking the batteries out of the smoke alarm”.

He added: “There are hundreds of thousands of people who have been forced to miss family events, close businesses and go without pay, because they have done the right thing.

“And yet ministers have played the system.”

Labour’s leader said he would have kept measures recommending working from home, the mandatory wearing of face coverings and encouraging ventilation.

He said his party would also accelerate the vaccination programme for young people and improve the sick pay offer.

Asked if he was comfortable with nightclubs reopening and social distancing being dropped, he said: “The big difference between us is that we think lifting all these restrictions, all these protections, in one go today is reckless.

“Masks, working from home if you can and ventilation plans are the three things that Sage identified as materially keeping the infection rates down.”

It comes as Boris Johnson faces questions over his 158 minute U-turn on his decision to self-isolate following a meeting with Health Secretary Sajid Javid.

Last night, the Prime Minister tried to claim he had only “looked briefly at the idea” of using a pilot scheme to dodge isolation.

That is despite the fact No10 issued a press release at 8am on Sunday which said, as fact, that he would definitely be doing it.

Today, the PM’s spokesman confirmed the PM has tested negative for coronavirus and is following all self-isolation guidelines at Chequers.

Despite questions over the timing of his trip to the 1,500-acre grace and favour estate, No10 today insisted Mr Johnson left Downing Street for Chequers at 3pm on Friday, straight after his meeting with Mr Javid.

Mr Javid later said he was “feeling a bit groggy” on Friday night and tested positive via a lateral flow test on Saturday morning.