Taiwan has expanded its airport testing for new arrivals, after dozens of positive cases were detected despite a requirement that all travellers obtain a negative PCR result no more than two days before getting on their flight.

The new measure comes as Taiwan battles small clusters of local infections including the Omicron variant.

Last week Taiwan’s CDC ordered that all passengers on long-haul flights from the Americas, Europe, the Middle East, Australia and New Zealand would be given a rapid PCR test at the airport immediately on arrival.

On Tuesday the CDC said this process would be expanded to people from other regions, after the process detected a surprisingly high number of apparently positive cases on arrival, including 58 on the first day.

Those who test positive are taken directly to hospital or quarantine facility with their luggage. Those who test negative are allowed to continue through the arrival process, which includes a being sprayed with disinfectant, and put in designated transport to a quarantine hotel or facility.

During the two weeks in quarantine (and a subsequent week of mandatory semi-isolation), individuals are tested another five times – including two PCRs and three at-home rapid tests.

Taiwan is maintaining extraordinary measures as part of an apparent Covid Zero strategy, one that has kept life for those inside its borders relatively normal for most of the pandemic.

However the Omicron wave sweeping the planet has also coincided with Lunar New Year, the most important holiday of the year for much of East Asia, when hundreds of millions travel across the region.

Tens of thousands of overseas Taiwanese have reportedly arrived in Taiwan this month, beginning quarantine early to be out in time for the Spring Festival. There are now clusters of community cases linked to Taoyuan international airport and a steakhouse in the city.

Of the 17 community cases in Taiwan reported on Tuesday, five are still untraced. Also on Tuesday, the health minister Chen Chih-shung gave a frank indication that people will at some point have to accept the presence of the virus in Taiwan.

Asked about Taiwan’s future strategy, Chen said it was a combination of mask wearing, strong hygiene, vaccinations and quarantine for inbound travellers, but people also needed to prepare for co-existence. 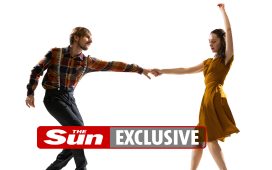