What began as a protest against vaccine requirements for truck drivers has grown into a widening movement as Justin Trudeau refuses to engage with demands, Tracey Lindeman reports from Ottawa.

Diesel fumes and marijuana smoke filled the air outside the Canadian parliament as a “freedom convoy” protest against vaccine mandates headed into a third week.

Columns of big-rig trucks, pickups and RVs have blockaded the heart of the Canadian capital since 28 January. Camped out in the vehicles are several hundred protesters – including many children – who have travelled thousands of kilometres to be here.

Protesters have also blocked the international Ambassador Bridge between Detroit and Windsor, and two smaller border crossings with the US, prompting growing fears of serious economic impact.

Justin Trudeau, the White House and even the US Teamsters union have called for an end to the protest. But those camped out in downtown Ottawa insist they will not leave until their demands are met: an end to Covid lockdowns and vaccine mandates.

What began as a protest against vaccine requirements for truck drivers entering Canada has grown into a widening protest movement against all Covid public health measures, with copycat demonstrations in the US, France, Belgium, Australia and New Zealand.

On a bone-chilling night this week, protesters gathered around open fires and propane stoves as police officers looked on, seemingly unwilling to enforce an order against bring fuel into the city centre.

It was quieter than in the earlier days of the protest when truckers infuriated residents by honking their horns late into the night; on Monday, a court injunction was handed down banning air horns for 10 days after a class action lawsuit by sleepless locals. Instead, a semi driver loudly gunned his engine, launching thick black plumes of exhaust into the night sky.

“It was definitely time to take a stand,” says Spencer Bautz, a 24-year-old who drove his truck here from Saskatchewan on day one. Dressed in a black cowboy hat, Bautz described vaccine mandates as “medical segregation” and argued that exclusions for the unvaccinated were an infringement of their freedoms. His views, he said, had been greatly informed by the thinking of the psychology professor and culture war provocateur Jordan Peterson. 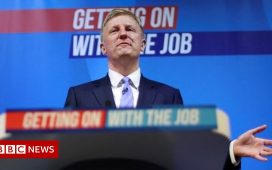 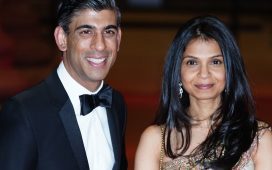 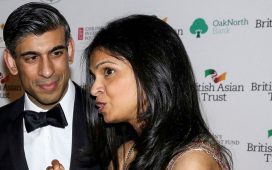 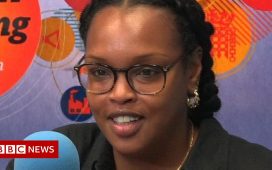